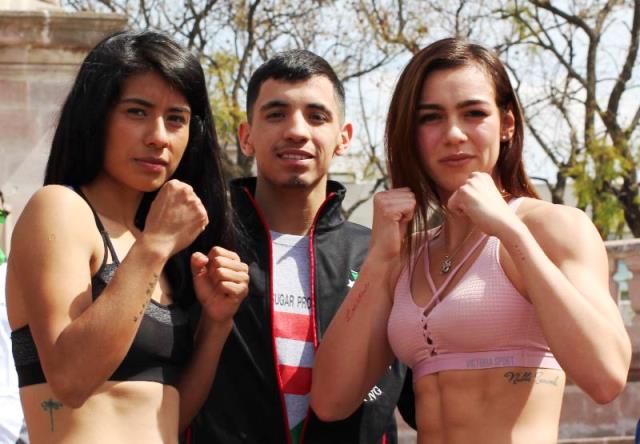 Super flyweights clash south of the border when Gabriela Sanchez and Cristina Mora meet in a six round affair on Friday.

Both Sanchez and Mora fight out of Mexico and have established solid records between them.

Mora, 20, known as “La Muneca” lives and trains in Aguascalientes and has won her last pair of fights via knockout. She hasn’t fought since August.

Sanchez, 23, has the nickname “La Bonita” and is a native of Puebla, Mexico. She has back to back wins and has fought decent competition so on paper it looks to be a very competitive fight.

Also, on this same card on Friday, light flyweights Maryan Salazar (6-2) meets Naomi Reyes in a four round bout.

Salazar, 19, also lives and fights out of Aguascalientes and has fought good competition including former Olympian Nicola Adams last May 2017. She was stopped in the third round but in a heavier weight class. She usually fights at 108. Salazar won her last fight this past October by decision.