Las Vegas Boxing: Are There Enough Precautions?
Written by: David A. Avila 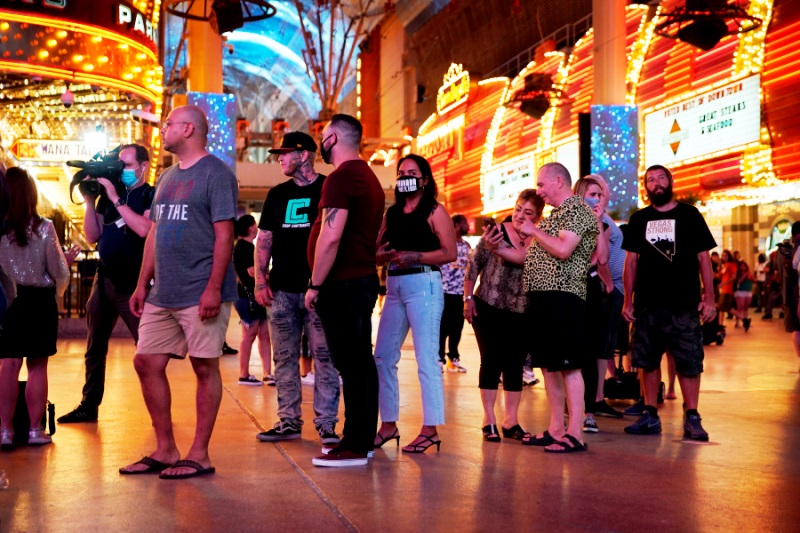 The coronavirus is real folks. It’s not a hoax, it’s not gone and it can infect even the healthiest of athletes.

Mikaela Mayer the NABF super featherweight titlist was set to meet Helen Joseph on Tuesday at the MGM Grand Las Vegas. But a test administered by her promoter Top Rank showed positive for Covid-19 the virus that has killed more than 110,000 people in the U.S.A.

Mayer is not the only athlete to be infected. Recently two star baseball players in Japan including the Most Valuable Player from the Japan’s Nippon Professional Baseball League shortstop Hayata Sakamoto and catcher Takumi Oshiro tested positive last week. Both play for the Yomiuri Giants. Several weeks earlier three participants from UFC also were found infected.

Worldwide more than 400,000 have died from Covid-19 and those are numbers actually provided by different countries. China’s numbers could be vastly understated.

Las Vegas recently opened its doors last week to the public and a sigh of relief seemed to spread for its inhabitants that depend on the many casinos. The popular resort is located in the middle of the Nevada desert and everything stems from the gambling that takes place.

Boxing has always served as a means to attract visitors to Las Vegas. The return of the sport brings a sort of relief throughout the American entertainment industry as doors are beginning to re-open. But caution still must be maintained.

It took weeks of planning by Top Rank and the Nevada States Athletic Commission to set up a system to prevent the spread of the coronavirus and apparently it works. A similar system has been devised by the California State Athletic Commission too and the state with the most boxing will be set to open its doors in early July.

But apparently few patrons entering the casinos are wearing masks. Why is this?

Yes, they have portable devices for feverish temperature readings on those entering the casino premises, but that does not mean they are not contaminated. Mayer did not have signs of carrying the virus yet she tested positive. It may be true for many others.

Las Vegas casinos should demand that all who enter their establishments should wear masks.

Social media postings from visitors in Las Vegas showed hundreds of people mingling without masks. Even the people working the blackjack tables were not wearing masks. Somehow they have a false sense of security that having normal temperature readings verifies safety. It does not.

Mayer, the 2016 American Olympian, was very cautious in preparing for the past several months. She trained in various places in the East Coast but without her main coach Al Mitchell because of his age. It proved to be a wise move.

Fans of female boxing worldwide were anxiously awaiting Mayer’s confrontation with Joseph which was to be the first televised boxing event of the year for women’s prizefighting.

This clash between elite fighters was greatly anticipated and expected to prove where each fighter should be ranked.

Ever since Mayer arrived on the professional fight scene to become the first female in decades promoted by Top Rank she exhibited outstanding fight skills. She was poised to fight for a world title since the beginning of the year.

Joseph, who hails from Nigeria and lives in Connecticut, has fought super flyweights to super featherweights and was finally getting a marquee fight to further build her reputation as a fierce fighter. It will have to wait.

Despite cancellation of the female super featherweight clash, the rest of the Top Rank Tuesday and Thursday boxing cards will proceed and be shown on ESPN.