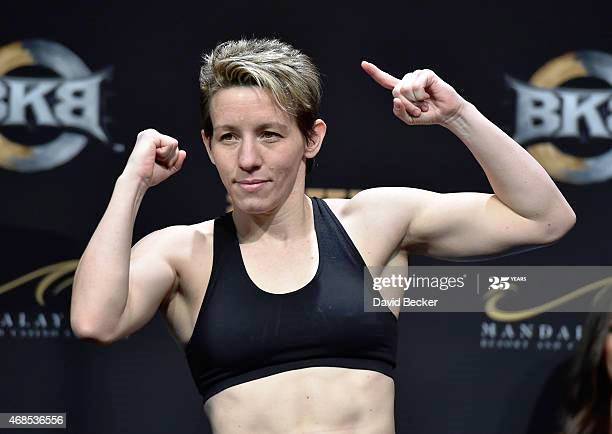 Women’s prizefighting has entered a completely new realm – promoters with television or Internet streaming contracts are now signing female boxers. With it come new rules and requirements: some good and some not so good.

This is quite ridiculous.

Many of the best prizefighters in the world do not have world titles and with good reason, they are simply too dangerous.

At the top of the list are Layla McCarter, Melissa Hernandez, Susie Ramadan, Ava Knight, Kenia Enriquez, Adelaida Ruiz, Helen Joseph, Seniesa Estrada and many others. All these fighters are quite capable of toppling any so-called pound for pound fighter on various lists.

McCarter, in particular, despite being in her 40s, has acquired fighting skills that separate her from anyone on any pound for pound list. Only age is a factor on whether her legs and reflexes can enable her to compete with the ultra-athletic fighters now roaming the boxing landscape. If she still has her reflexes, then anyone in her weight classes between 135 and 154 is in serious trouble and this includes Katie Taylor, Jessica McCaskill or Claressa Shields.

The Las Vegas-based McCarter witnessed Taylor against Delfine Persoon and feels it was a solid fight.

“Persoon does not quit. She is a tough fight for anybody. Kudos for Katie for beating her,” said McCarter about the Taylor-Persoon outcome. “I would love to see either of those Taylor-Persoon fights in 3 minute-rounds.”

McCarter believes three-minute rounds proves real fighting skills. And that she would relish an opportunity to get in the ring with either.

The upset by Jessica McCaskill over long-time reigning welterweight champion Cecilia Braekhus was another fight analyzed by McCarter.

“I was very happy for Jessica McCaskill. She is a real fighter with only 10 fights willing to face anyone,” said McCarter. “Cecilia Braekhus held the welterweight titles hostage for many years. Jessica will fight anybody.”

On Pros vs Amateurs

Professional boxing differs greatly from amateur boxing. Many fans just don’t understand the difference. Though much of the new talent emanating from the Olympics arrived with explosive talent, it’s simply not enough to have speed, power and youth. Certain fighting skills acquired as a professional simply cannot be taught in the amateurs.

Aside from no head gear, skilled professionals do not use their legs to run away from punches. Nor do they fire useless combinations with no power behind them to accumulate points. Not if they want to succeed.

The pros are all about power and inflicting pain on the opponent via knockout or savage cuts. It’s the hurting game. Jabs are good, but a knockdown via the left hook is better. Prizefighting is entertainment, not just winning.

When 2012 Olympic gold medalist Katie Taylor arrived and blitzed her way to victory early as a pro, she was able to win fighting the amateur style against less talented opponents. But it took a McCaskill to show her the folly in fighting that style for 10 rounds. Since that fight against McCaskill back in 2017, the Irish lightweight has acquired many professional fighting skills and showed them against Persoon recently. It was a revelation lost on many who watched the fight.

Taylor now has the ability to fight without running. She glides from one side to another while slipping under punches and creating angles. It’s good stuff. She also showed numerous power counters to the head and body with necessary leverage. The Irish boxer is becoming a complete fighter, but the learning process is not over.

Many of the old guard like McCarter still remain and most are still very dangerous. Someone like McCarter is quite capable of defeating any of the top pound for pound fighters from 135 to 154 pounds. She can fight toe to toe or from the outside. She’s a master boxer and can win by knockout with a single blow. She’s basically a female version of James “Lights Out” Toney. Size doesn’t matter.

“Katie Taylor would be a great fight for me. She beat Persoon better this time. I think she has a lot of speed and natural ability but not the skill level. Still getting hit way too much,” said McCarter of a potential match with Taylor at 135. “I hope I can make a fight with her. Katie is a boxer and I’m a boxer. She has that natural speed, but I have some tricks in my bag.”

Another potential match would be against McCaskill.

“The fact McCaskill has the titles, good for her. I’m really happy for her,” said McCarter of the new undisputed welterweight champion. “It gives me an opportunity if it makes sense for McCaskill. I hope we can make a fight with her. She did her job.”

McCarter realizes that time is running out and that the window is closing.

“I walk around at 142 pounds so getting down to 135 is no problem or fighting at welterweight is no problem either,” McCarter said via phone. “Hopefully, I can fight Taylor or McCaskill. I’ve been avoided for years.”

McCarter has not lost a fight in 13 years.