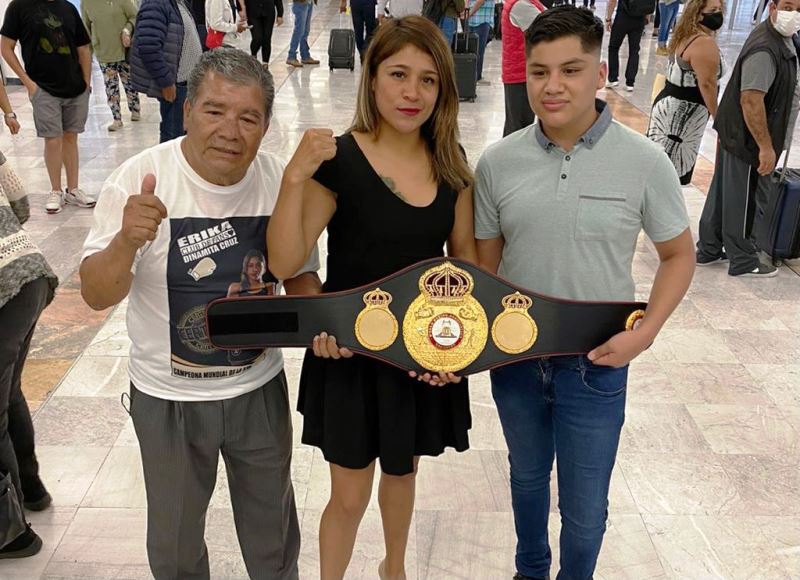 A featherweight unification clash between Amanda “the Real Deal” Serrano and Mexico’s Erika Cruz will not happen despite numerous offers.

DiBella said the fight proposal is for an upcoming pay-per-view fight card that would have paid Cruz the largest sum of her entire career. Serrano would have made slightly more.

“My team is in the middle of negotiations for another fight in August, so it is not prudent to fight versus Amanda at this time. I don’t directly choose my opponents, my team takes care of that,” said Cruz who is based in Mexico City. “At this point I don’t have any details for my fight in August.”

A Cruz versus Serrano fight has all the ingredients for fight fans especially with its Puerto Rico versus Mexico elements. The two fight cultures are famous for explosive confrontations.

Serrano, 32, is ranked among the top 3 fighters in the world pound for pound, and recently knocked out fellow pound for pound fighter Daniela Bermudez of Argentina last March in Puerto Rico. It was an impressive thrashing and highlighted Serrano’s superior fighting skills and punching power.

Now, DiBella is currently searching for a capable featherweight or super bantamweight to oppose Serrano on the pay-per-view card. According to the New York City-based promoter Serrano does not want a pushover.

Cruz was the fighter desired by Team Serrano.

“I was told she (Cruz) wants to have a title defense first,” said DiBella. “How can anyone turn down that much money. She can end up losing her next fight for almost nothing.”

Recently the major television networks in Mexico have not shown major female bouts after years of supporting it. Mexican boxing is almost in limbo.

DiBella is looking toward other top featherweights to fight Serrano. Some names popping up are Yamileth Mercado, Mayerlin Rivas and Sarah Mahfoud.

Mexico’s Cruz was a surprise winner over Mrdjenovich on a fight card that was seen world over. She said a Serrano fight is a possibility in the future.

“When they tell me its time to fight her then we will,” said Cruz.