Christina Hammer KOs Ankrah Is USA Next?
Written by: David A. Avila 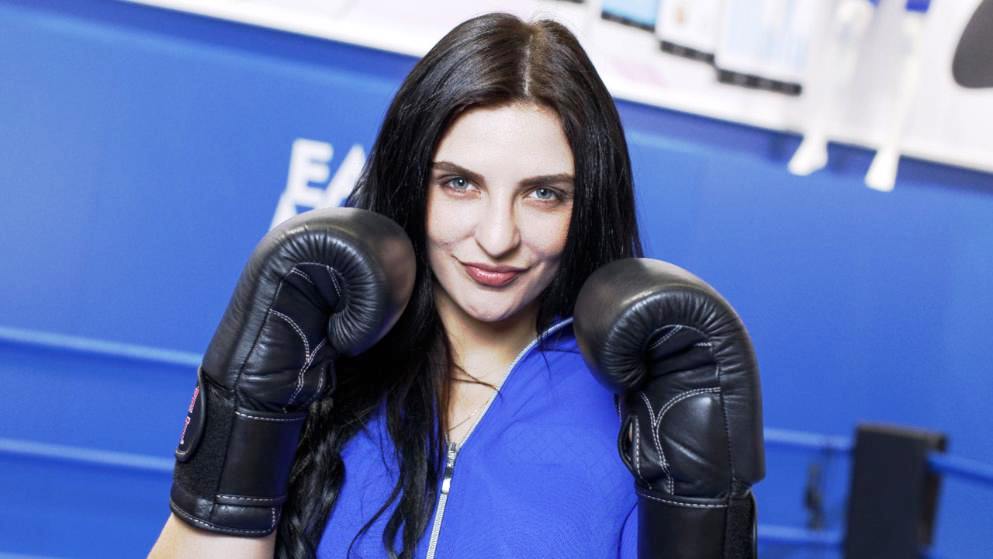 Hammer KOs Ankrah and Looks Toward the USA

Christina Hammer did what she was supposed to do and stopped overmatched challenger Gifty Amanua Ankrah on Saturday night at the Sportscheck Arena in Munich, Germany.

The leather hammer came down on Ankrah at the end of round four in front of a reported crowd of 1,000 at a suburban sports club complex and was broadcast live on German TV.

Hammer appeared as part of a mixed-martial arts card that also featured Thai boxing. The fight was officially listed for Hammer’s unified WBC /WBO middleweight titles, but it was really more of a practice, stay busy exercise while negotiations for much bigger fights carry on, mainly focusing on a proposed pair of matches against Claressa Shields in 2018.

“I hope Shields will watch this knockout and see what is going to happen to her,” said Hammer afterward, stirring the promotional pot. “I am anxious and glad to finally fight in the United States.”

Some German media reported that Hammer has a four-fight Showtime contract pending that includes a pair of matches with Shields. While that agreement still appears to be in the discussion stage, it looks like Hammer is lining up a January stateside appearance against a different opponent.

In the mean time, Hammer was in good shape and looked sharp, but this was a very low risk, stay busy type fight for her. Ankrah came into the fight with a modest record of (7-4-1, 5KOs), against limited opposition whose entire combined wins barely surpassed Hammer’s number of victories.

An exact listing of the relatively diminutive Ankrah’s height was unavailable, but when they faced each other at the weigh in she barely came up to the 5’11 Hammer’s shoulder.

Once the bout actually began it was clear Hammer would remain far beyond the willing but completely out-gunned, 36 year old challenger from Ghana’s reach.

Hammer scored repeatedly while Ankrah plodded behind in futile pursuit. As the 4th frame wound down she dropped Ankrah, who made it up but was waved off by the ref just as the round ended for an official time of 2:00.

After the fight, Hammer, now (22-0, 10 KOs), looked exactly the same as she had coming to the ring. Ankrah had the bruises to show she’d earned her paycheck.

How much an exercise like this actually helps prepare Hammer for Shields remains to be seen, but for Hammer’s marketing it definitely didn’t hurt.

That part was all for Ankrah.