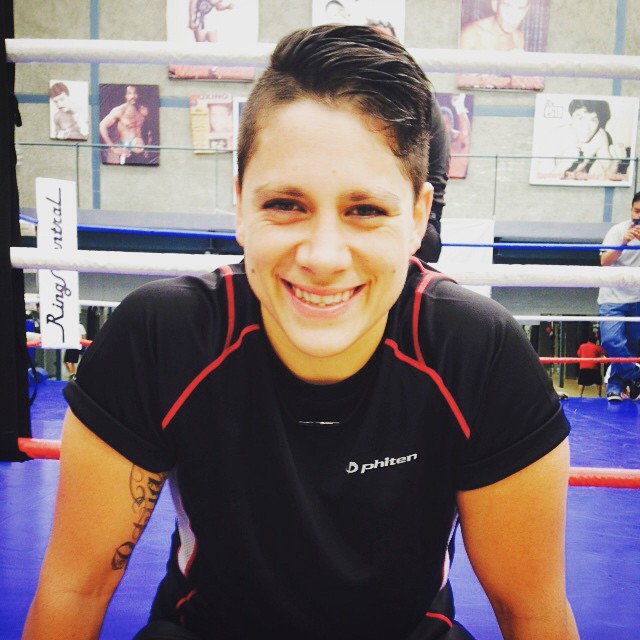 Our friends at The Boxing Channel had a camera at the live event and they were granted exclusive permission by the promotion to capture the historic fight.

The fight saw the 28 year old Mexican fighter Jimenez move her record to a perfect 6-0 as the judges gave her the majority decision (96-94, 98-93,65-66) win to take home the female WBC World Heavyweight title. With the victory, Jimenez becomes the first Mexican heavyweight boxer, male or female, to capture a major world title.

Check out The Boxing Channel video of the fight right here. The awesome TBC crew also has video of the Salazar-Jimenez weigh-ins and an interview with long-time WBC World Female heavyweight champion Martha Salazar.

Martha Salazar vs Alejandra Jimenez was a co-promotion between Oscar De La Hoya and his Golden Boy Promotions and Guillermo Rocha and his Boxing Time Promotions. The fight was the headline match of a 10 fight card that featured two other women’s bouts.