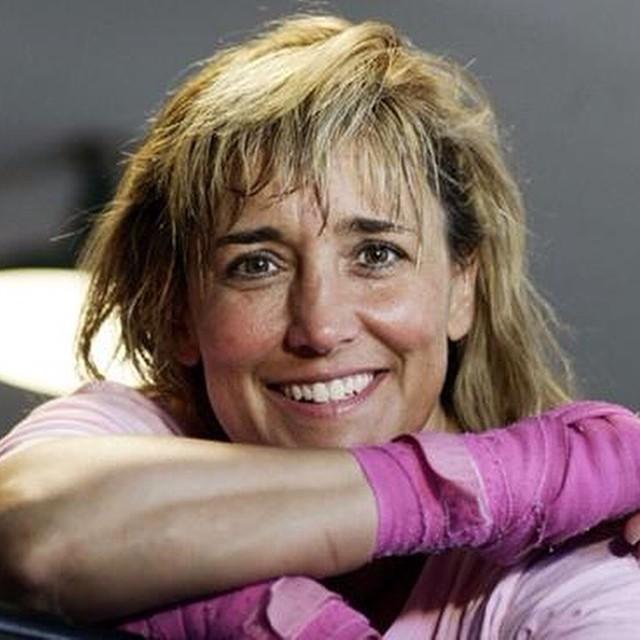 Christy Martin A Retrospective Look at Hall of Fame Career

Another first will be lived this weekend in Las Vegas, Nevada, when the “Coalminer’s Daughter”, Christy Martin, is inducted as the first female fighter to the Nevada Boxing Hall of Fame.

It is only appropriate for Martin, who as a pro amassed a record of 49-7-3, 31KO, to open the door for female fighters at the hall since she is arguably the biggest name in the history of female boxing.  The other only name that might be known more is Laila Ali’s and that would be more for her last name than her skill inside a ring.

Martin was born in Mullens, West Virginia, in 1968.  Always an athlete, she earned a basketball scholarship to Concord College in Georgia and earned a bachelor’s degree in education.  While at college she entered a “Toughwoman” contest and won.  She ended up winning three titles in the “no holds barred” fights and soon after began training with Jim Martin, a trainer in Tennessee, who later became her husband.

She went pro in 1989 with a draw against Angela Buchanan in a five rounder. She got the win twenty-one days later, stopping Buchanan in the second.  A win and a loss followed and then Martin put together 26 wins in row with one draw, 20 by stoppage before getting a shot at the WBC super lightweight title.  By that time Martin had made her way to Florida and once the legendary Don King saw how popular she was at the club level, he signed her in late 1993.  With King, Martin was put on the undercards of the likes of Mike Tyson, Evander Holyfield, Felix Trinidad and Julio Cesar Chavez and saw her stock rise.

“She is voluptuous and intoxicating,” Don King once said of Martin.  “Here’s a woman who pounds it out and her lipstick don’t smear.  Revlon should jump on that like white on rice, you know what I mean?  Max Factor, Elizabeth Arden…”

On the undercard of Mike Tyson vs Frank Bruno at the MGM Grand Arena in Las Vegas, Martin captured the WBC’s lightweight title, although at the time the organization was not yet awarding belts, with a unanimous decision over Deirdre Gogarty in a six rounder in 1996.  The war at the time was considered the female version’s “Thrilla in Manila” for its brutality.   The fight was part of the Pay-Per-View event and it was estimated to be seen in over 30 million homes.

A month later Martin graced the cover of Sports Illustrated with a story entitled “The Lady is a Champ: Boxing’s New Sensation”.  According to the article by Richard Hoffer, after her fight against Gogarty she was fielding calls from 60 Minutes and The Late Show with David Letterman.

Martin kept winning including a 10 round unanimous decision over Argentinean Marcela Acuña in the latter’s pro debut in 1997. A former kickboxer in South America, Acuña went 10 rounds at super lightweight with the much more experienced Martin and later went on to become one, if not the biggest, name in female boxing in her native Argentina.

In 2000 Martin had her next big profile fight in the undercard of Felix Trinidad vs. David Reid at Caesars Palace in Las Vegas.  Martin won a majority decision over Puerto Rican Belinda Laracuente over eight hotly contested eight rounds.  The bout opened up the Pay-Per-View fight card.

It looked like it was going to be Laracuente’s night as she was out-boxing Martin in the early going of the fight but Martin’s body attack was doing damage and in the second half it began to take its toll.

““I know my body attack got to her.  I haven’t watched the fight in a long time but I remember getting her against the ropes,” Martin recalled.  “She had frustrating style and styles make fights.  If we fought now or when I was 22 years old, her style would give me trouble.”

At the end, the controversial majority decision was announced in a fight many saw Laracuente win with her boxing style.

“That was the best fight she ever fought but I clearly won the fight.  There is no question of that. She gave a great display of her boxing skills but it wasn’t enough,” Martin told ThePrizefighters.com earlier this year.  “I felt personally attacked with the boos but it was a mostly Puerto Rican crowd because of ‘Tito’ Trinidad  being in the main event.  Many athletes want to be liked, if there is a crowd of one thousand people and 999 are cheering and one is booing, I hear that one boo.  That stays with me. It was a tough situation.  I feel I fought the best Belinda Laracuente but she didn’t fight the best Christy Martin.”

In 2002 Martin faced Mia St. John, a very popular fighter in her own right, for the first time.  Martin took a unanimous decision at the Silverdome in Pontiac, Michigan.

Nine months later Martin faced the other biggest name in female boxing, Laila Ali, for the IBA super middleweight title.  Ali, simply much bigger than Martin, knocked out the “Coalminer’s Daughter” in the fourth round of the scheduled ten round bout.

Her biggest fight might be one that didn’t happen.  Scheduled for Las Vegas on July 30, 2005, Martin was to face Lucia Rijker in a bout entitled by promoter Bob Arum of Top Rank as the “Million Dollar Lady” to ride the wave of the Oscar winning popular film “Million Dollar Baby” starring Clint Eastwood and Hillary Swank.  The premise was both fighters were guaranteed $250,000 dollars with the winner taking an extra $750,000.  The fight never happened since Rijker pulled out with an injury.

Soon after the fight was postponed, Martin faced Holly Holm in New Mexico. Martin lost a 10 round unanimous decision troubled by the much taller Holm’s movement.

In September of 2009 Martin captured the vacant WBC super welterweight title with a majority decision over Dakota Stone.

Her darkest hour came soon thereafter when during an argument with her then husband and trainer, Jim Martin, she was stabbed and shot by him.  Jim Martin was charged with attempted murder and sentenced to 25 years in prison.  Less than two hundred days later Martin was back in the ring in a rematch with Stone on the undercard for the WBC middleweight title between Julio Cesar Chavez Jr and Sebastian Zbik at the Staples Center in Los Angeles.  By the fourth round, Martin had broken her hand in nine places forcing her to lose by TKO in the sixth and final round.  Martin fought once more, a rematch with Mia St. John in August of 2012, losing a unanimous decision over 10 rounds for the vacant WBC 154-pound title.

With the loss, Martin was not able to achieve her dream of amassing fifty wins in her career.

It is only appropriate for Martin to be inducted into the Nevada Hall of Fame since out of 59 professional bouts, 18 of them were held in the state with the majority of them in Las Vegas on some of the biggest boxing events of the last 30 years.