Mexico’s Juarez sisters and Female Fight News for week of Nov. 6. 2017
Written by: David A. Avila 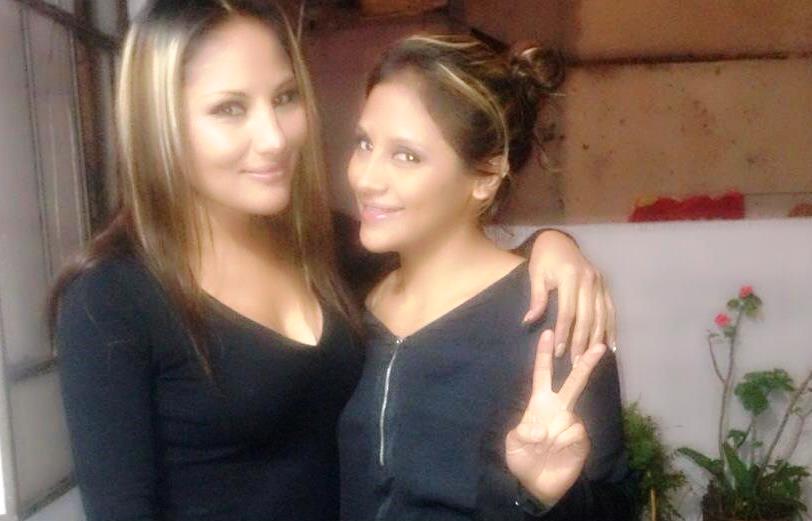 Mexico’s most famous sisters keep the ball rolling this weekend and two top American fighters make news. Women’s boxing made headlines all over the world and continues through this week.

Sisters Patricia Juarez and Lourdes Juarez fought in back to back days in different countries. First Patricia Juarez, who lives in Colorado, dropped down to super bantamweight and won by decision over veteran Brittany Cruz.

On Saturday, in the border city of Juarez, Mexico, the youngest sister Lourdes “Lulu” Juarez scrapped with local fighter Diana Laura Fernandez in an entertaining contest labeled the “Battle of the Beauties” by the local promoter. Lourdes Juarez won by split decision in a fight that looked like she dominated after the third round.

Mariana Juarez defends the WBC bantamweight world title for the second time this year and it will be against Germany’s veteran Alesia Graf in Guanajuato, Mexico. It’s a decent match but too bad it wasn’t against Puerto Rico’s best.

Amanda Serrano fought and easily defeated Marilyn Hernandez with three knockdowns in the first round in her hometown of Brooklyn on Saturday. But she had yearned for a showdown with Mexico’s Juarez in a battle of bantamweight world titlists.

Juarez, 37, has her own goals and though it could have been one of the best female showdowns in decades it just didn’t happen. The Mexican super star has plans to meet Tijuana’s Jackie Nava in a battle of Mexican titans. Nava currently serves as a senator for her district in Baja California. She will not be free to fight until the Mexican Congress is out of session by next summer.

Meanwhile, Serrano announced she is heading toward MMA where the purses are much larger for women. Hopefully, she returns to the world of boxing. Serrano is one of the most dynamic and exciting fighters today. Sadly, the purses are dictated by television and with Al Haymon’s fighters log jamming the available television slots on Showtime. It doesn’t leave much room for Serrano or other female fighters.

Maybe in time there will be more open television slots for women. But not yet.

It was announced last week that the IBF made Las Vegas-based Layla McCarter the number one contender in the welterweight division and ordered that current champion Cecilia Braekhus of Norway defend against the American.

For several years McCarter has chased Braekhus for a title challenge but was rebuffed numerous times. It didn’t help that various sanctioning organizations enabled the Norwegian fighter to pick and choose her own opponents including her last Mikaela Lauren, a fighter she had already beaten by knockout. She beat her by knockout again last week.

McCarter has long been considered one of the best if not the best female fighter pound for pound. Braekhus is argued by some as the best yet refused to meet McCarter in the boxing ring.

Will Braekhus finally meet McCarter or will she decide to vacate the IBF title instead?

But first, Shields accepted the challenge from fellow American Tori Nelson who belted out Latashia Burton in quick fashion this past weekend. Both Shields and Nelson have agreed to meet each other in early January and both management teams are working on the fight that could be televised on Showtime. Hammer will have to wait for the outcome on the all American bash.

For more on Hammer and Shields read Phil Woolever’s story on this web site.

Debora Dionicius (26-0) retained the IBF world title by knockout of Julieta Cardoza (11-2) in the ninth round on Friday Nov. 3. The super flyweight title fight was held in Cutral Co, Neuquen. It was Dionicius 10th title defense since winning the belt in November 2012. Also, Lilian Silva (4-4-1) defeated Mayra Gomez (18-7) by decision after six rounds in a featherweight fight.

On Friday Nov. 10, super bantamweights Jennifer Rasjido (6-0-1) and Virginia Carcamo (4-4-2) meet in a eight round fight in Catamarca.

Aimee Addis (3-0) was the winner by decision after four rounds versus Tessa Tualevao (0-3) on Saturday Nov. 4. The middleweight fight took place in Townsville, Queensland.

On Saturday Nov. 11, lightweights Delfine Persoon (38-1) and Myriam Dellal (15-5-3) meet for the WBC lightweight world title in West-Vlaanderen. This will be Persoon’s first fight in almost a year since injuring her hand. It will be her sixth defense of the title.

On Saturday Nov. 11, super flyweights Shelly Barnett (1-0) and Mariela Valverde (4-4) meet in a four round contest in Brampton, Ontario.

Mayerlin Rivas (15-3-2) retained the WBA bantamweight world title after a 10 round majority draw against Dayana Cordero (16-5-3) on Wednesday Nov. 1. The world title fight took place in Medellin where the WBA Convention was being held.

Oshin Derieuw (7-0) claimed the WBF Intercontinental title by knockout in the seventh round over Aleksandra Vujovic (3-5-1) on Saturday Nov. 4. The super lightweight clash took place in Henin-Beaumont.

Segolen Lefebvre (9-0) retained the WBF world title by unanimous decision after 10 rounds versus Naroyuki Koasicha (6-3-1) on Friday Nov. 3. The super bantamweight title fight took place in Douai, Nord. The winner Lefebvre is 24 and fights out of Nord. The challenger Koasicha fights out of Mexico. Also, Pauline Leconte (2-1-1) beat Wendy Gervois (3-11) by decision after six rounds in a featherweight contest.

On Saturday Nov. 11, super featherweights Maiva Hamadouche (16-1) and Milena Koleva (9-10-1) meet in a six round contest in Yvelines. Also, Marine Tollet and Nahed Karchi make their pro debuts against each other.

Christina Hammer (22-0) retained the WBC and WBO titles by knockout in the fourth round versus Gifty Ankrah (7-5-1) on Saturday Nov. 4. The middleweight championship fight was held in Munich.

Lourdes Juarez (22-2) defeated Diana Laura Fernandez (16-2) by split decision after 10 rounds on Saturday Nov. 4. The super flyweight bout was held in Juarez, Mexico where 23-year-old Fernandez is based. Juarez, 30, lives in Mexico City and is the sister of Mariana and Patricia Juarez who both fight too.

On Saturday Nov. 11, bantamweights Mariana Juarez (46-9-4) and Alesia Graf (29-6) meet for the WBC bantamweight world title in Guanajuato. This is Juarez’s second defense of the title she won in April.

On Saturday Nov. 11, heavyweights Alrie Meleisea (3-0) and Sarah Long (2-2) meet for the New Zealand title in an eight round contest in Auckland.

On Saturday Nov. 11, light flyweights Yolanda Ramos (3-0) and Catalina Diaz (3-0) meet in a eight round fight in the Canary Islands.

Pamela Treand (6-0) was the winner by technical knockout in the fourth round over Nana Chakvashili (3-1) on Saturday Nov. 4. The super bantamweight clash took place in Geneva.  Also, Ornella Domini (11-1) stopped Lela Terashvili (10-9-1) in the third round of their welterweight match.

Stacey Copeland (3-0) was the winner by technical knockout in the second round versus Klaudia Vigh (2-21-1) on Saturday Nov. 4. The super welterweight match was held in Manchester, England.

On Friday Nov.10, super welterweights Hannah Rankin (2-1) and Ester Konecna (1-4-1) meet in an eight round fight in London, England.

On Saturday Nov. 11, lightweights Chantelle Cameron (3-0) and Edith Ramos (6-1-1) meet in a 10 round contest for the vacant IBO Inter-Continental title in Edinburgh, Scotland.

Amanda Serrano (34-1-1) knocked out Marilyn Hernandez (26-11) in the first round on Saturday Nov. 4. The super bantamweight clash took place in Brooklyn, New York and was Serrano’s third consecutive knockout this year. She also won five world titles in five weight divisions. It was an incredible feat accomplished over two years.

Helen Joseph (15-3-1) won by knockout in the second round over Elizabeth Anderson (5-9) on Saturday Nov. 4. The win gave Joseph the WBF Intercontinental bantamweight title. The match took place in Atlanta, Georgia.

Patricia Juarez (4-0) defeated Brittany Cruz (11-9-2) by decision after six rounds on Friday Nov. 3. The super bantamweight fight took place in Westminster, Colorado. The winner Juarez, 36, is the sister of Lourdes and Mariana Juarez.

On Saturday Nov. 11, super welterweights Jordanne Garcia (1-0) and Katie Ramirez (0-1-1) meet in a four round contest in Albuquerque, New Mexico.