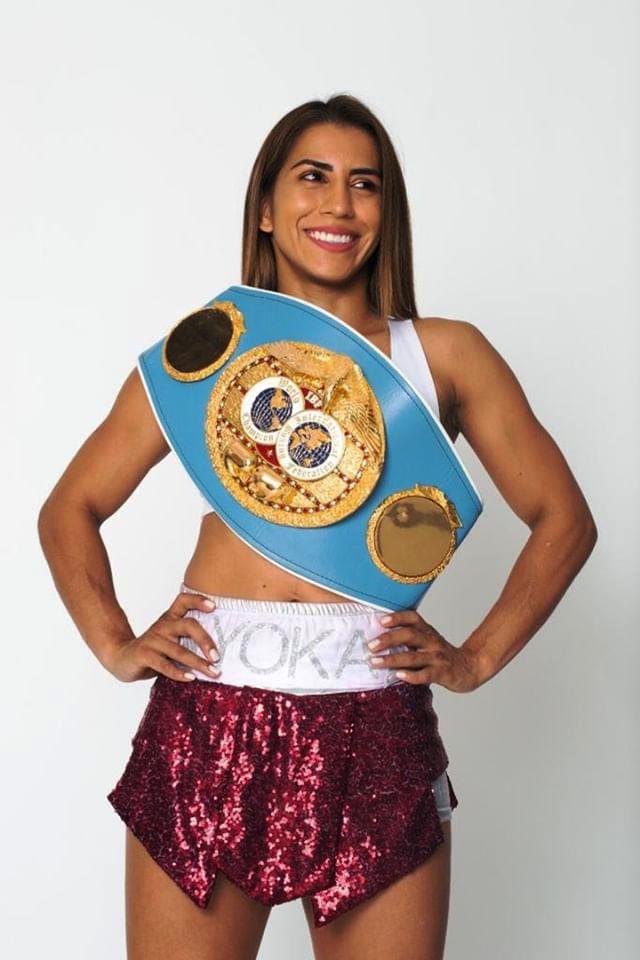 Third time was the charm for Costa Rica’s Yokasta Valle in winning a world title overseas.

Valle (18-2) traveled to Adalucia, Spain and won by split decision over IBF minimum weight world titlist Joana Pastrana (15-2) on Sunday Aug. 4. It was her third attempt in challenging for a world title in a country other than her own.

The 26-year-old Valle had two previous forays overseas, first against five-division world champion Naoko Fujioka in 2017 in a light flyweight match that took place in Tokyo. That fight ended in a loss by unanimous decision in a very close fight. Last year, she traveled to Munich, Germany and was handed a loss by unanimous decision against Tina Rupprecht. In that fight she appeared to be the winner but did not receive the judgment.

On Sunday, two judges awarded Valle the win over the hometown fighter Pastrana who was making her third world title defense since winning it in June 2018. Pastrana had only one previous loss and that was against the aforementioned Rupprecht in Germany.

Valle said her strategy was to apply pressure.

“I knew nobody had applied pressure to her,” said Valle. “I always moved forward and always threw punches.”

The pressure tactic worked and two judges scored it for Valle 97-93 while a third saw Pastrana’s favor 96-94.

It may have been a quirk in fate for Valle who was almost set to face undefeated American contender Seniesa “Super Bad” Estrada in a light flyweight battle this past June in Hollywood, Calif. But the fight could not be made due to visa problems with her trainer’s paperwork. Instead, Valle later accepted a challenge from Spain’s Pastrana and now holds the IBF minimum weight world title.

“I’m very happy to have won the world title in Spain,” said Valle. “It’s like a dream.”

Sometimes the best fights are those not made.

Valle has no fear when it comes to challenging in other countries and proved it and now has the world title around her waist.

This past weekend Ronica Jeffrey challenged WBC super featherweight titlist Eva Wahlstrom of Finland in a 10-round affair at the Thomas and Mack Center in Las Vegas, Nevada on the Roy Jones Boxing Promotions card. It ended in a split draw.

It was one of those fights where one fighter apparently out-punches the other by numerous blows but the judges see differently. In this fight one judge saw Jeffrey winning every round while two judges saw it much closer including one that saw Wahlstrom the winner.

Jeffrey was the busier fighter and scored with three-punch combinations throughout the fight. Wahlstrom used a more strategic method of pot-shots with stiff jabs and single right cross counters.

Two judges apparently preferred the pot shots by Wahlstrom while one judge liked the volume punching and three-punch combinations.

Undisputed middleweight champion Claressa Shields would clearly benefit from three-minute rounds. Yes, she is undefeated in all of her pro fights but she could have stopped several more of her foes if the rounds were one minute longer.

Two-minute rounds allow a fighter enough time to survive a pummeling. Three-minute rounds would have seen a few more of Shields victims get stopped especially at the StubHub where Hermans was under a severe attack when the bell ended the round.

Speaking of Shields, I saw rumors on social media of her possibly facing MMA champion Amanda Nunes in a boxing match and an MMA clash. I’m all in favor of supporting female prizefighters whether in MMA or boxing. But women’s boxing is finally moving the needle in terms of recognition due to a large part by Shields. She’s a budding super star internationally. Nunes is only known in Brazil and North America.

Nigeria’s Helen Joseph finally got her shot at fighting on a major card and defeated Edina Kiss in a six round fight at Barclays Center in Brooklyn. She knocked down Kiss in the fight and cruised to victory.

Joseph, 30, lives and trains in Connecticut and has racked up some significant fights including a 10 round draw against Tyrieshia Douglas in June 2018. Here’s hoping she gets another fight date quickly.

Lani Daniels (4-2-1) and Tessa Tualevao (1-6-1) fought to a draw after eight rounds on Friday Aug. 2. The middleweight fight took place at Auckland.

Maira Moneo (5-0) defeated Estefania Alaniz (4-3-1) by decision after six rounds on Saturday Aug. 4. The lightweight match was held at Montevideo.

On Saturday Aug. 10, featherweights Christine Ferea (2-0) and Helen Peralta (0-0) meet in a five round fight at Biloxi, Miss.