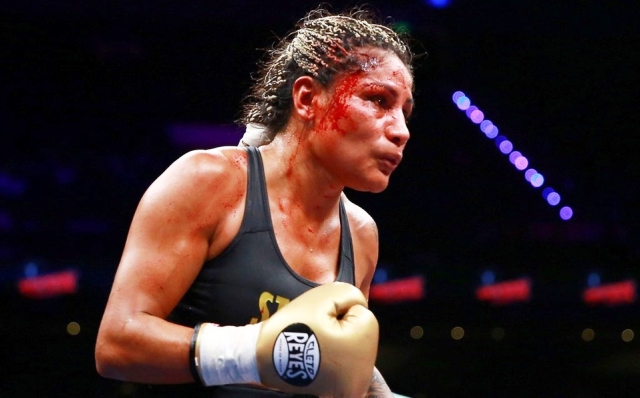 In boxing like in life to achieve your dreams you must work hard and win.  39-year-old Mariana “Barbie” Juarez (54-9-4, 18KO) did just that this past Saturday night in Fresnillo, Mexico, and live on mega-channel Televisa via unanimous decision over former world champion Carolina “Barbie de Acero” Duer (19-6-1, 6KO) of Buenos Aires, Argentina.

The living legend Juarez of Mexico City scored the ninth defense of her WBC bantamweight with official scores of 98-91 twice and 97-94 while ThePrizefighters.com saw it a slightly closer 96-93 for Juarez.

Duer, 41, is no stranger to world-class competition having held the WBO super flyweight, WBO and interim IBF bantamweight world titles at different times during her 12 years and 26 bouts career.  Duer was coming off two straight losses against fellow Argentinean Maria Cecilia Roman for the full-fledged IBF strap.

The fight this Saturday night marked Duer’s first of 2019 and also the first outside of her home country.

After suffering the ninth loss of her career back in the summer of 2016 against another Argentinean in Daniela Bermudez, Juarez has gone on a tear seldom seen for a fighter of her age and level.  She has now won 11 straight and the green and gold 118-pound world title is the third she holds in as many divisions making her the only female Mexican fighter to ever achieve that feat.

She wants one more.

“I want the super bantamweight title,” Juarez stated seconds after the decision was read in the ring.  “I think it is great Yamileth and Fatima will be fighting in Mexico for it.  I think Yamileth wins and that will make it easier to challenge her for it.”

First Juarez needed to get past Duer.

Duer set the pace in the first third of the fight using movement, quicker hands and hard combinations to keep Juarez at bay.  Duer’s offense was her defense and stopped Juarez more than once in her tracks as the Mexican tried to shorten the distance between them.

Juarez turned the tide in the fourth as the rusty Duer began to slow down.  “Barbie” began to find a home for her straight rights although being slower than her opponent.  Duer resorted to coming in quick and hard and at the end of the round caused an accidental head-butt which opened up a small slash in Mariana’s hair line over her left eye.

The cut was not an issue for the rest of the fight.

Juarez began to take over the fight as Duer considerably slowed down while the Mexican scored with the harder and more precise punches.  Juarez’s jabs and left hooks began to develop a small mouse under the Argentinean’s right eye but it didn’t seem to bother.

What did bother Duer was Juarez’s increasing pressure as “Barbie” kept closing the gap while scoring hard power punches punctuated with her right hand.  The pressure left Duer no recourse but to begin to hold which visibly bothered Juarez.

By the seventh Duer was visibly spent with nothing behind her punches.  Juarez using her jab to gauge the distance began to pinpoint her right hand hurting Duer.

A point was deducted from Duer early in the eighth that seemed to deflate her after starting the round aggressively and by the last two rounds seemed to catch her second wind but it was a bit too late.  Juarez by this time had warmed up and it showed in her improved defense as she slipped the majority of the Argentinean’s attack.

“I wanted to end the fight by knockout but she is a former three-time world champion for a reason,” Juarez stated in the post fight interview.  “She had a lot of experience, knew how to survive by holding.”

“If there is an opportunity to defend this title for a tenth time before the 122-pound opportunity I will consider it,” she said of immediate future plans.  “I’ll get together with my team and see what is next.”