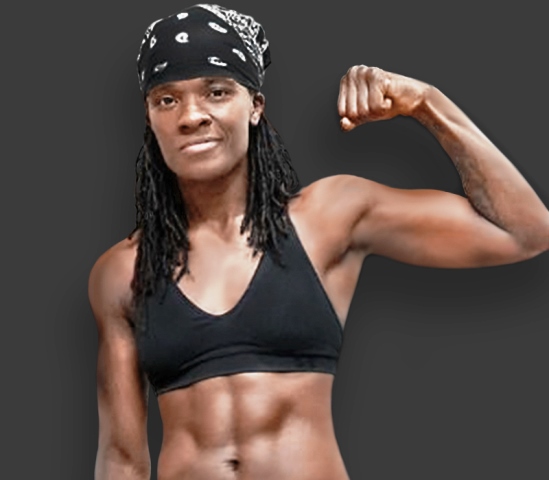 Tiara Brown will indeed fight as the main event and will be facing Simone Aparecida Da Silva in defense of the NABO super featherweight title it was announced Wednesday.

Washington D.C.’s Brown (9-0, 6 KOs) will be defending the NABO title against Brazil’s Aparecida Da Silva (17-13) who has a Brazilian title on Saturday Dec. 7, at Dulles Sportplex in Sterling, Virginia.

“T-Baby” Brown, a D.C. police officer by day and a prizefighter by night, has quickly emerged as a top super featherweight. She seeks her third victory of the year.

Earlier this week her scheduled opponent pulled out of the title fight and it looked like Tiara would not be on the boxing card. But last-minute efforts found Brazil’s Aparecida Da Silva and she looks to be a dangerous foe.

Brown is simply excited about fighting.

“I’m ready to fight and give the people what they want to see,” said Brown on Wednesday. “I want to showcase my boxing skills.”

The Washington D.C. resident is currently ranked in the top 20 in the world and in the top three for American female prizefighters.