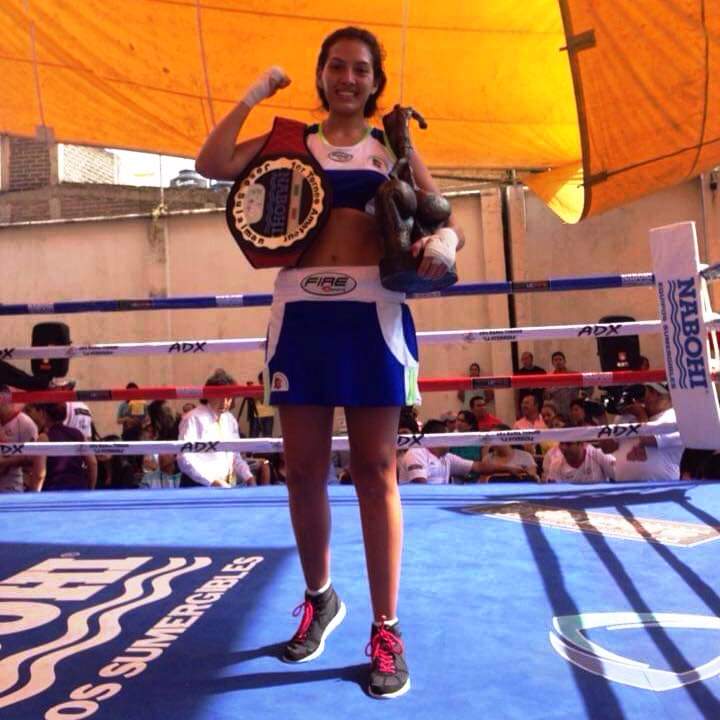 Alejandra Ayala and Others Wait for Visas and Return to Normalcy

Professional boxing has stirred from its slumber and promoters are scheduling fights but travel restrictions still remain internationally.

Mexico’s Alejandra “Fenix” Ayala is one of thousands of fighters victimized by the travel restrictions and though normally based in Chicago the welterweight fighter remains stuck in Mexico City.

All over the world prize fights are being organized but the usual methods don’t apply because of the threat of passing the corona virus from place to place. Restrictions are necessary and those accustomed to traveling to perform understand they must wait and wait and wait.

“I came to D F (Mexico City) when the quarantine hit and I’m still here,” said Ayala, 31, a Mexican national who lives in Chicago. “I grew up in Chicago since I was five years old and came to Mexico when I was 20. So I’ve had both worlds, languages and all.”

Ayala studied for her masters in International Studies at el Tecnologico de Monterrey. She was also in the process of obtaining a permanent visa when the Covid 19 virus stopped all normal visa processes worldwide.

In five years the Mexico City native has already fought a couple of elite fighters in IBF super welterweight titlist Marie Eve Dicaire and super middleweight contender Savannah Marshall. She is also a stablemate of super lightweight world champion Jessica McCaskill whom she has sparred on many occasions.

The world of boxing started for Ayala while she was studying to complete her masters and one day walked into a boxing gym.

“It wasn’t until I was in Mexico doing my Masters that I went into my first boxing gym ever. I was 24 years old, looking to stay active as basketball, my first love, wasn’t as popular in Mexico, and it was difficult to practice,” said Ayala.

Already in her mid-20s the tall Ayala found it difficult to find sparring even in boxing crazy Mexico.

“Mexico has many female world champions, but they are all small weight divisions. It was difficult to get amateur fights, and I basically fought whoever as long as she was within 5kg in weight and the experience didn’t matter which meant I almost always fought classified fighters. It helped me in the long run because I learned fast. Just a bit after a year of training I competed state level with my view on Nationals, and won,” she said.

Her amateur career lasted less than two years and saw her win the Jose Sulaiman Tournament and the Salvador Sanchez Tournament. On January 2015 she won her last amateur bout by knockout.

“I felt like there was no more competition on an amateur level for me, and I didn’t want to wait another year to go to Nationals. My age was also hovering over me. I was 26, turning 27 the year I debuted. I thought it’s now or never,” said Ayala.

Changing to the professional ranks was literally an eye-opening transition.

“Beautiful. I absolutely loved it,” said Ayala about fighting without head gear. “I use headgear with a bar, and although it does protect me well, it also cuts my vision off, especially from uppercuts.”

While visiting family in Chicago the Mexico City native decided to find a gym to work on her boxing craft. She discovered Body Shot Boxing headed by Rick Ramos and ended up preparing three weeks for a pending fight in Mexico.

“I went and came back a couple times, then I had a fight in Tijuana in October, after that win we talked and he signed me. I trained and learned so much in that year I was going back and forth from Chicago to Mexico,” said Ayala who is now managed and trained by Rick Ramos and has 18 pro fights.

Aside from her fights Ayala is a fan of female boxing and cites the Jackie Nava versus Ana Maria Torres trilogy as her favorites. Despite only fighting five years as a pro she already has faced top competition like Dicaire and Marshall.

“Dicaire is fast but a bit predictable,” said Ayala who fought Dicaire twice. “There wasn’t a noticeable change from the first to the second time I fought her. If you see the second fight I actually got her at the end of the round, she stumbled a bit.”

Ayala also fought Great Britain’s Marshall who is much heavier but took the fight anyway.

Another fighter Ayala is familiar with is her team member McCaskill otherwise known as “CasKilla.”

“I’ve sparred with Jessica, she is quick and strong and has a great hook to the body,” says Ayala of her teammate McCaskill who has the WBC and WBA super lightweight world titles. “She is able to frustrate you in the ring.”

With the support Chicago’s strong boxing team Ayala has plans to join McCaskill as a world champion soon.

“I want to be a world champion. Since the beginning I’ve always wanted to get that opportunity, but now I truly believe I will be if I get the chance. And if at first I don’t succeed, I’ll try again. I’m 100% the underdog, and I will be underestimated because of my record, but it doesn’t matter. They’ll see what I’m made of. I’m fearless, and that’s a huge advantage,” she says.

Ayala and the many other female fighters worldwide remain anxiously awaiting the doors to re-open for international prizefighting.