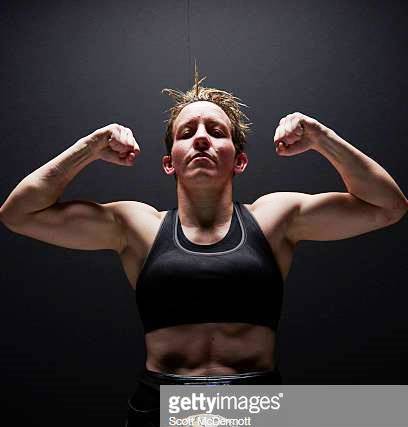 An open call for someone to fight Kali Reis for a vacant world title was made and immediately answered by Layla McCarter, one of the best in the world at any weight.

“I saw on social media a challenge to fight Kali Reis,” said McCarter on Monday. “We called up her people.”

After a challenge was declared on social media by Reis management team last week, McCarter, a top-rated welterweight and former multi-division world champion from Las Vegas saw it, liked it and wants it.

McCarter said her team contacted the management team and promoter DiBella Entertainment to claim the offer. No contracts have been signed, as of yet, but expectations are at a heightened level.

“It’s a fight that really gets me excited,” said McCarter, 41. “I was supposed to fight last April but this pandemic hit. I really want to fight and I don’t care who it is against. But a fight like this really gets me going.”

For years she chased a title fight against Cecilia Braekhus the former welterweight world champion, but though negotiations took place, a fight never happened.

Reis, however, actually did fight Braekhus and scored the first and only knockdown against Norway’s greatest champion on HBO before that network stopped televising boxing. It took place on May 2018 in Los Angeles. She sought a rematch against Braekhus but was never given the opportunity.

According to a social media post made by Brian Cohen, who manages Reis, the vacant WBA super lightweight title is available and his protégé has been selected by that organization to challenge for it later this year.

McCarter, is actually the first woman ever to fight and win a WBA lightweight world title when she knocked out Donna Biggers on January 2007. It was also significant because it was a three-minute round fight and set for 12 rounds. McCarter stopped Biggers in two rounds.

Long has the Las Vegas-based prizefighter been an advocate for three-minute rounds and for 12 round fights. She wishes all title fights were similar to the men.

She also wants an opportunity to show her talent. For the past 13 years she has not lost a fight and remains one of the top fighters pound for pound in the world. From 122 pounds to 154 pounds McCarter has proven to be one of the best.

“I’m just looking for an opportunity to show people what I can do. I’m willing to fight anyone in my weight classes,” said McCarter who now fights between 135 and 147. “A fight against Kali Reis would be great for my legacy.”

McCarter also wants to prove match her skills with anyone in the female boxing universe.

“I’m ready to show what I can do,” said McCarter.