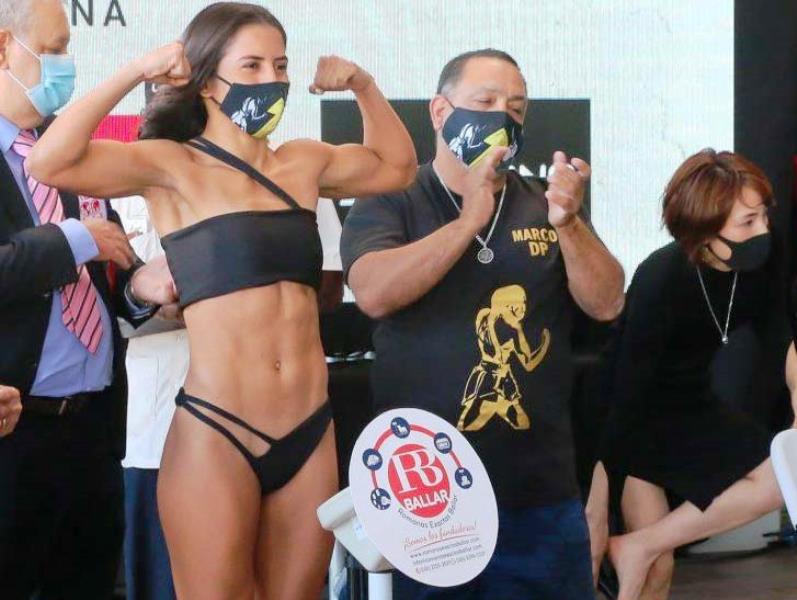 After almost a year Yokasta Valle returned to action with a solid performance against Japan’s Sana Hazuki to successfully defend the IBF minimumweight world title.

“Sana was a tough opponent,” said Valle. “I believe her being Japanese has a lot to do with that.”

Costa Rica’s Valle (21-2, 9 KOs) has become a star in her country and in Central America and proved last Saturday against Hazuki (8-5-1) that she’s more than just a celebrity in winning by a clear decision. Many see the boxer-puncher as a true threat to any champion from 105-minimumweights to 112-pound flyweights.

Against Japan’s Hazuki the petite Costa Rican displayed speed, agility and the skills needed to offset the always-attacking foe from Fukuoka. For 10 rounds Valle used angles and quick bursts of speedy combinations to win most of the rounds.

“She was complicated because she was always coming forward. I hit her with everything I got, and she never stopped coming forward,” said Valle, 28, about Hazuki. “It was kind of hard to get my timing and distance.”

Hazuki, 36, never gave up and ramped up her attack around the seventh round to possibly win a few rounds. But Valle proved too skilled at retaining control of the fight. No knockdowns were scored and neither fighter seemed hurt at any juncture of the fight. It was clear that Valle was the winner by scores of 98-92 and 100-90 twice.

It was the second time Valle fought a Japanese foe. Several years ago she challenged the great Naoko Fujioka who is the current WBA flyweight titlist and a five division world champion. Valle lost to Fujioka in Tokyo. She learned from that match.

“Sana and Fujioka have the same style coming forward. It’s obvious that Fujioka is stronger. I’m sure she had five to 10 pounds more than me when we fought so I felt her stronger. But I respect them both and would love to fight Naoko Fujioka now with the experience I have now,” said Valle via telephone. “When we fought, I wasn’t ready for a fighter so experienced like her. Today would be different.”

Valle had originally prepared to fight WBC titlist Tina Rupprecht. But the Germany-based boxer pulled out of the fight and Valle was forced to change opponents. Hazuki gladly filled in. It was the Japanese fighter’s first attempt at a world title and she was the mandatory contender.

With another solid win in the books Valle now looks to unify the minimumweight titles and chase the other weight classes too. Among those she deigns to face in the prize ring are Rupprecht and America’s Seniesa “Super Bad” Estrada.

“I’m excited about the future. I’m done with my mandatory and that opens up everything for me,” Valle said. “I want to unify with any of the other champions Tina (Rupprecht), Etsuko (Tada) or Anabel (Ortiz). And I welcome Seniesa (Estrada) who wants to come to 105 pounds. I believe this is where the better champs are.”

Valle has thrown down the gauntlet to all the other champions.

Valle’s manager Mario Vega said she welcomes a challenge from any fellow world champion between 105 and 112.

“She can fill a stadium here in Costa Rica,” said Vega who formerly represented Carolina Arias and Hanna Gabriels. “She is very popular here.”

The Costa Rican world champion gained additional fame as a participant on a television show similar to Dancing with the Stars in America. Add her luster as a boxing world champion and Valle has become perhaps the most recognized person in her country.

Boxing made Valle a star and television fame has made her a superstar in Costa Rica. She may be the best minimumweight fighter of all and she’s eager to prove it.

Yokasta Valle (21-2) won by unanimous decision after 10 rounds versus Sana Hazuki (8-5-1) on Saturday Jan. 30. The IBF minimum weight world title fight took place at Heredia. This was Valle’s second defense of the world title. Also, Isamary Aquino (1-0) won her pro debut against Estefania Reyes (0-1) by unanimous decision after four rounds in a featherweight bout. Aquino fights out of the USA.

Shuka Furuya (1-0) won her pro debut by decision after four rounds versus Amy Matsushita (0-1) on Friday Jan. 29. The minimum weight fight was held in Tokyo.

Yanali Ayon (6-1) won by unanimous decision over Tania Martinez (0-2) on Saturday Jan. 30. The light flyweight bout took place at Tijuana. Also, Jacqueline Tamayo (0-0-3) and Karla Islas (3-14-2) fought to a draw after four rounds in a light flyweight bout. It was their second draw against each other.

On Saturday Feb. 6, super bantamweights Yamileth Mercado (16-2) and Julissa Guzman (11-1-2) meet 10 rounds for the WBC super bantamweight world title at Chihuahua. This is Mercado’s first defense since winning it by decision over Fatuma Zarika in November 2019.