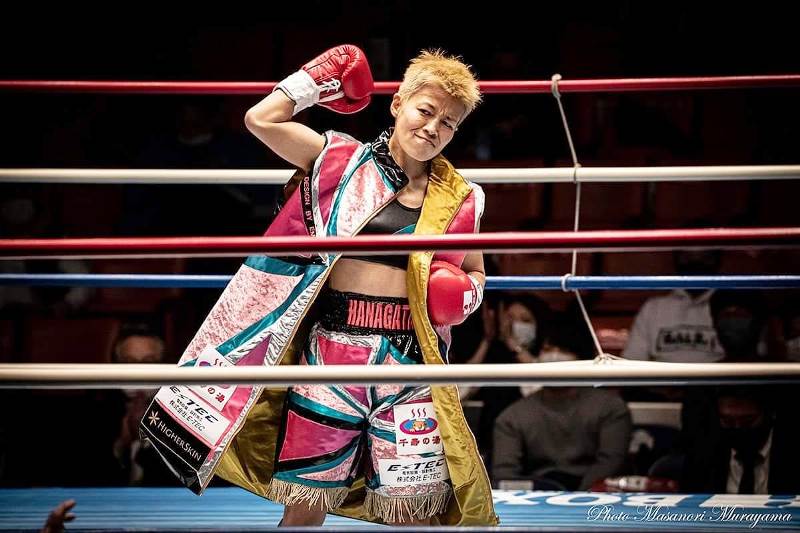 Saemi Hanagata and Eri Matsuda Battle to a Draw in Tokyo; champ retires

Nothing is better for a world champion than completing their career on the throne. IBF atomweight champion Saemi Hanagata has just made it.

It was a heavily anticipated battle between the 36 years old veteran champion and the 10 years younger up-and comer.

The challenger Matsuda, who is a legitimate contender with OPBF and national titles in her quick rising professional career after a long and solid amateur run, is a tall stylish southpaw.

Hanagata, a 4’11 short brave slugger, arrived in a totally different way. It took six years for her to become a world champion since her first attack of WBC atomweight champion Momo Koseki in 2012. She has been encouraged by her mentor Susumu Hanagata (they are not relatives), who got the WBA flyweight title in 1974 at his fifth attempt. Saemi had to overcome four previous failures and finally won the vacant IBF 102lbs title by a split decision win over Yuko Kuroki, a former WBC minimumweight champion, in 2018.

After Hanagata achieved her dream in the ring, she married JBC judge/referee Takeru Okaniwa last year and decided to make this her final bout against Matsuda, a former sparring partner.

The defending champion was the aggressor from the opening bell and got a lump in a head collision in the very first round. Matsuda figured her distance with the jabs and step work in the next round and her sharp combinations got warmed up into the mid rounds of the fight.

But Hanagata got her second wind in the seventh round to finish her farewell game strong. She started firing powerful punches and landed right counters in the eighth, and shook the challenger with a solid right uppercut in the ninth, and gave it all she could in the final round of her 12 years of professional boxing.

Two judges scored it 95-95, while the other saw it 97-93 in favor of Matsuda, who is still a candidate for who will be the next world champion from Japan.

Hanagata made her final speech alone in the ring while tightly holding her proud belt. She fought 27 times including 16 wins, six by KO, along with seven losses and five draws since her pro debut in August 2008. “I’ve gone through a lot of hard times in my boxing life, but it was such a blessing that my people were always along to support me. Thank you all so much”.

She also mentioned that she is currently enrolled in a college program to learn to be an elementary school teacher, which is her next dream. We’re wishing the champion who never gives up, the best in her new life.