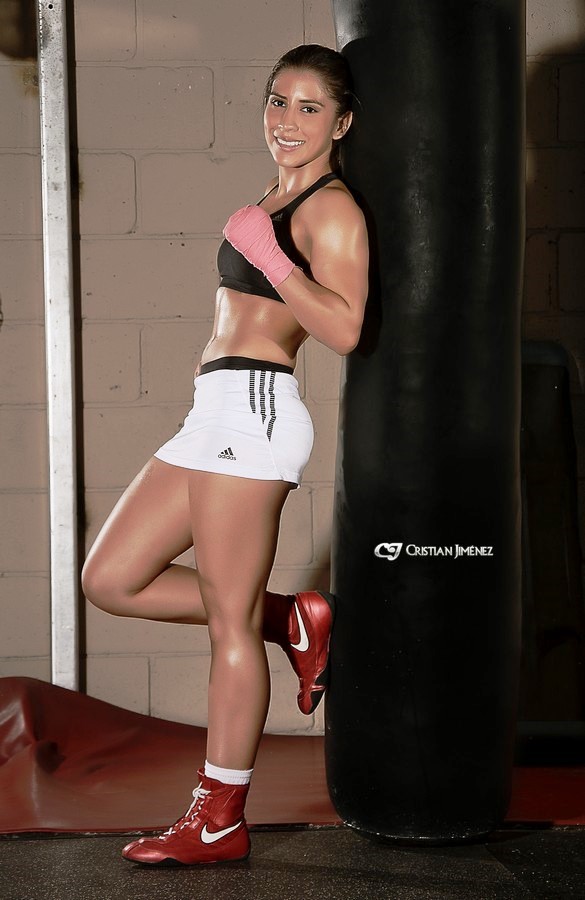 Yokasta Valle and Deborah Rengifo Battle in Three-Minute Round Fight

IBF minimumweight titlist Valle (21-2) has been one of the few world champions willing to globe-trot to any country. This time she stays home and faces Rengifo (14-7-1) in 10 three-minute rounds on Saturday August 7, at Oxigeno Human Playground in Heredia, Costa Rica. It will be streamed by TDMas.com.

The last time Valle fought she defended the title against Japan’s Sana Hazuki at the same venue and won by unanimous decision. But that fight was held in two-minute round stanzas.

Valle seeks to unify the minimumweight world titles and her team thought they had a deal set with WBC titlist Tina Rupprecht of Germany. But that fight was unable to take place in Costa Rica and Hazuki stepped in.

Now the Costa Rican world champion is eager to prove that women should fight three-minute rounds. This fight against Venezuela’s Rengifo is a start.

“Yokasta’s condition is something else,” said manager Mario Vega. “She’s a super athlete.”

Vega believes if Valle fights three-minute rounds she is near unbeatable.

“Her numbers are off the chart,” Vega says.

Cruz, a flyweight, had more than 120 amateur fights and hoped to make the US Olympic team and the Puerto Rican Olympic team but things did not pan out. Now 38, Cruz will try her skills against Smith a solid fighter from the Dallas area.

Las Vegas will be the site for this year’s induction ceremony for the International Women’s Boxing Hall of Fame that takes place Saturday August 14, at the Orleans Casino and Hotel.

Because of the pandemic the hall of fame ceremony did not take place last year. This year will include new inductees from 2020 and 2021.

For tickets and more information go to this link: http://www.iwbhf.com/tickets.htm#.YQiZZI5KjIU

Carla Merino (4-2) won by technical knockout in the fourth round against Antonella Molina (1-9-1) on Saturday July 31. The bantamweight fight took place at Cordoba.

Lira Huyke (2-2) defeated Maria Bertel (0-1) by knockout in the second round on Saturday July 31. The super bantamweight match was held at Santiago de Tolu.

Delphine Mancini (3-0) won by unanimous decision after six rounds versus Claudia Ferenczi (20-81-8) on Saturday July31. The bantamweight match was held at Isere.

Megumi Watanabe (1-0) defeated Sawako Fukuhara (0-2) by technical knockout in the third round on Monday July 26. The atomweight fight was held at Tokyo.

Anastasiia Kovalchuk (3-0) knocked out Alina Ternesiuk (0-1) in the first round on Friday July 30. The super bantamweight bout was held at Lviv.

Rebecca Ainscough (1-0) beat Vaida Masiokaite (2-8-4) by decision after four rounds on Friday July 30. The lightweight bout was held at Liverpool.