Women’s Boxing Hall of Fame and More News
Written by: David A. Avila 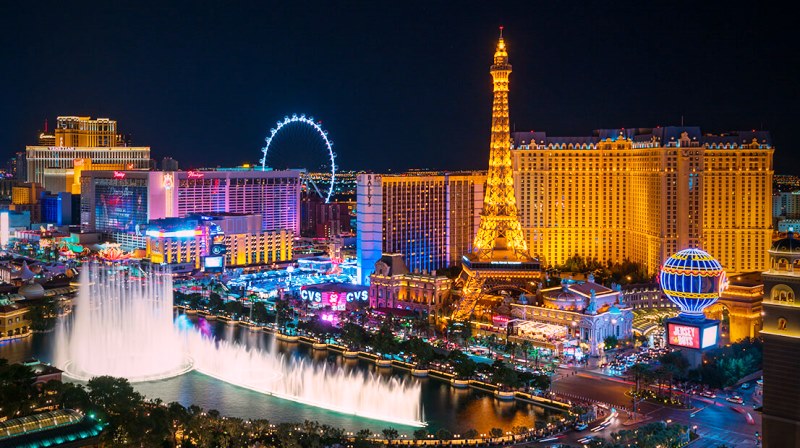 Las Vegas welcomes the International Women’s Boxing Hall of Fame when it hosts the 2020 and 2021 inductees to its honor roll on Saturday Aug. 14, at the Orleans Casino and Resort.

Because of the pandemic, last year’s IWBHF ceremony was not held but will be included with this year’s class in Las Vegas.  Here are the newest members:

Michele Aboro (21-0, 12 KOs) – Though British by birth, she fought primarily in Germany because women’s boxing was not accepted in the United Kingdom in her era. Between 1995 and 2001 the super bantamweight remained undefeated despite facing fellow Hall of Fame fighters such as Kelsey Jeffries and Daisy Lang.

Sharon Anyos (14-3, 4 KOs) – Australia’s “Wild Thing” fought between 1998 and 2007.During those years she engaged against heavy duty competition including fellow inductees Lisa Brown and Jojo Wyman and the great Jane Couch. I personally witnessed two fights including a savage fight against Wyman in Rancho Cucamonga 21 years ago. Interesting side note: the promoter ran away with the ticket money.

Lisa Brown (20-6-3, 6 KOs) – Canada’s “Bad News” Brown was a southpaw technician in the super bantamweight division between 2000 and 2013. A very strong fighter who traveled to Panama, Mexico, South Korea and other parts of the world. Among those she battled were Jackie Nava, Ana Julaton and Karen Martin. I personally remember a torrid battle she had with Jeri Sitzes to win the IFBA title in 2008 at Pechanga Casino in Temecula, California.

Graciela Casillas (7-0-1, 3 KOs) – A native Californian she fought between 1979 and 1986 when professional female boxing was rare but slowly growing. In just her second fight engaged in a 10-round fight versus Debbie Kauffman in San Antonio, Texas. Casillas fought four times in Nevada and only twice in Los Angeles. Established a reputation as a fierce fighter.

Jaime Clampitt (22-5-2, 7 KOs) – A Canadian by birth, Clampitt recently fought but started her fistic career back in 2000. Among those she faced were Eliza Olson, Jane Couch, Mia St. John and Holly Holm to name a few. Most of her bouts took place in the lightweight division.

Melinda Cooper (23-2, 11 KOs) – A native Las Vegas fighter, “La Maravilla” Cooper was one of the first women to develop under the amateur boxing program and fought between 2002 to 2014. Was a fearless flyweight and bantamweight fighter with speed and power, willing to fight in Mexico, France and Costa Rica. Among those she battled were Jeri Sitzes, Anissa Zamarron, Donna Biggers, Ada Velez and Celina Salazar. Few were as physically talented and skilled as Melinda Cooper. She was a big attraction.

Isra Girgrah (28-3-2, 11 KOs) – Fought out of her home state Maryland as a super featherweight between 1995 and 2004. Among those she faced in the boxing ring were Christy Martin, Brit Van Buskirk, Tracy Bird, Laura Serrano and Melissa Del Valle. All were exceptional fighters during that era.

Kelsey Jeffries (41-11-2) – The native Californian was known as the “Road Warrior” and between 1999 and 2014 fought more than 50 times in the super bantamweight and featherweight class. Among those she battled were Layla McCarter, Laura Serrano, Melissa Hernandez, Jackie Nava, Jojo Wyman and Alicia Ashley to name a few. Very well-loved fighter.

Valerie Mahfood (19-14-4, 9 KOs) – The Texas tough pugilist fought in the golden era of the light heavyweights between 1997 and 2008 and was smack in the middle of several top battles. Among those she fought were Ann Wolfe and Laila Ali including a knockout win over Wolfe. Mahfood might have been dominant in the division if not for those two giants in women’s boxing. Still, she held her own in every fight.

Mary Ortega (32-6-2, 9 KOs) – Born and raised in Kansas City she fought a who’s who of opposition from flyweight to super featherweight from 1997 to 2014. Among those she battled were Elena “Baby Doll” Reid, Ada Velez, Susi Kentikian and Hollie Dunaway.

Mary Ann Owen – is a world-famous photographer based in Las Vegas who has chronicled women’s boxing and men’s boxing for more than 30 years. Few female fights took place without her recording the fights for posterity. She also published a book on women’s boxing that has become one of three essential books on the female prizefighting world.

Shelley Williams – A Los Angeles native, entered the world of boxing while working with high powered attorney Robert Shapiro. From then on Williams worked as a publicist, journalist, consultant, matchmaker and all things boxing. Among those she assisted were the late Eddie Futch, Michael Dokes, Ken Norton and Leon Spinks. She was also a commissioner with the International Female Boxing Association.

Alicia Ashley (24-12-1) – Known as “Slick” she was a speedy southpaw fighter from Brooklyn who fought from 1999 to 2018. Her very last fight took place three years ago in a world title fight against current champion Dina Thorslund in Denmark. Even at age 51 she gave the Danish fighter one of her closest fights. Ashley has fought all over the world and held world titles in the bantamweight and super bantamweight divisions.

Kathy Collins (14-2-4, 3 KOs) – A New York based fighter known as “Wildcat” Collins battled between 1995 and 2001. Her last bout was a war with legendary Christy Martin that she lost by majority decision at Madison Square Garden. Though her career was not very long she was a popular attraction at Atlantic City. She fought 10 times at the casino city and twice at Madison Square Garden. She was a real crowd pleaser.

Roy Englebrecht – a Southern California-based promoter for more than 30 years and a strong supporter for women’s prizefighting. When other promoters ignored female boxing Englebrecht was the only promoter who believed in the sport’s future. He doubled down on women’s boxing and staged numerous world title fights mostly in the Orange County area. Many fighters like Mia St. John, Bridgett “Baby Doll” Riley, Crystal Morales and Para Draine fought on his boxing cards which continue to flourish.

Gina Guidi (16-1-1, 6 KOs) – A California native known as “Boom Boom” Guidi she fought between 1995 and 2001 in the welterweight and super welterweight divisions. Among those she faced were Brit Van Buskirk, Mary Ann Almager and Trina Ortegon. In her very last fight she captured the WIBA title.

Bonnie Mann (13-9, 6 KOs) – has long been an advocate for women’s prizefighting first as a fighter and now as a trainer and promoter. Her fighting career began in 2002 and ended in 2010 with bouts against Holly Holm, Yvonne Reis and Ann Saccurato. Mann now works as a general manager at a boxing gym in Elmira, New York and also serves as a motivational speaker for youth.

Anne Sophie Mathis (27-4-1, 23 KOs) – A native of France the tall welterweight fought between 1995 and 2016 and was famous for her knockout power. Among those she victimized were Holly Holm, Ana Pascal, and Jane Couch. Mathis could hit like a piledriver and won world titles in the super lightweight and welterweight divisions. She was feared for her knockout punch throughout her career.

Ina Menzer (31-1, 11 KOs) – Though a native of Kazakhstan she fought almost entirely in Germany between 2004 and 2013 in the featherweight division. Among those she battled were Fatuma Zarika, Yazmin Rivas, Esther Schouten, and Ramona Kuehne. Her only loss was against American fighter Jeannine Garside. She held featherweight world titles from 2005 until she retired in 2013.

Natascha Ragosina (22-0, 13 KOs) – A tall middleweight from Russia who fought most of her professional career in Germany between 2004 and 2009, which in women’s boxing was the dead era. Germany was one of the few countries that staged women’s prizefighting but during that span of time, even Germany was hard-pressed to promote lucrative fight cards. Ragosina never lost a fight despite fighting tough opposition such as Valerie Mahfood, Yvonne Reis, Dakota Stone and Akondaye Fountain.

Marischa Sjauw (22-6-1, 7 KOs) – “La Matadora” fought out of the Netherlands between 1993 and 2004. Most of her bouts were held in the lightweight to welterweight division against American and European fighters. Among those she faced were Anne Sophie Mathis, Kathy Collins, Jane Couch and Isra Girgrah.

Carol Steindler – Based in Los Angeles she was the last owner of the world famous Main Street Gym and the daughter of world class trainer Howie Steindler. Many of the best fighters in history trained at the Main Street Gym including Sugar Ray Robinson, Muhammad Ali, Roberto Duran, Manuel Ortiz, Alberto Davila, Lil Indian Red Lopez, and Jack Johnson. The movie Rocky was filmed at the location. As the daughter of Howie she was right in the middle of the boxing world.

Dora Webber (6-6-3) – Based in Paterson, New Jersey she was known as Dora the Destroyer and fought from 1983 to 1999. Among those she faced were Lucia Rijker, Christy Martin, Jane Couch and Gina Guidi. One of the pioneers of women’s boxing willing to perform against anyone. She even flew overseas to Moscow where she battled Zulfia Kutdyusova in 1997.

Jojo Wyman (11-9-1) – Fought out of Los Angeles and battled against the best of her era between 1999 and 2003. Perhaps her best showing was against Mexico’s great Laura Serrano whom she defeated in 2003 at the famous Playboy Mansion. During that event many future NBA basketball greats such as Lebron James, Dwayne Wade, and Carmelo Anthony were in attendance before they played their first pro game.

Yolis Franco (26-11-4) knocked out Haidde Zapa (3-6) in the second round on Saturday August 7. The featherweight fight was held in Cartagena.

Yokasta Valle (22-2) defeated Debora Rengifo (14-8-1) by unanimous decision after 10 rounds on Saturday August 7. The minimum weight match was held in Heredia. Valle holds the IBF world title but it was not at stake.

Ebanie Bridges (6-1) won by technical knockout in the third round versus Bec Connolly (3-10) on Saturday August 7. The bantamweight fight took place in Brentwood, England.

Christina Cruz (1-0) won by majority decision after four rounds versus Indeya Smith (1-3-1) on Tuesday August 3. The flyweight match was held in New York City. Cruz, 38, fought many years as an amateur.