Amanda Serrano and Stacked Show One Week Away in NYC
Written by: David A. Avila 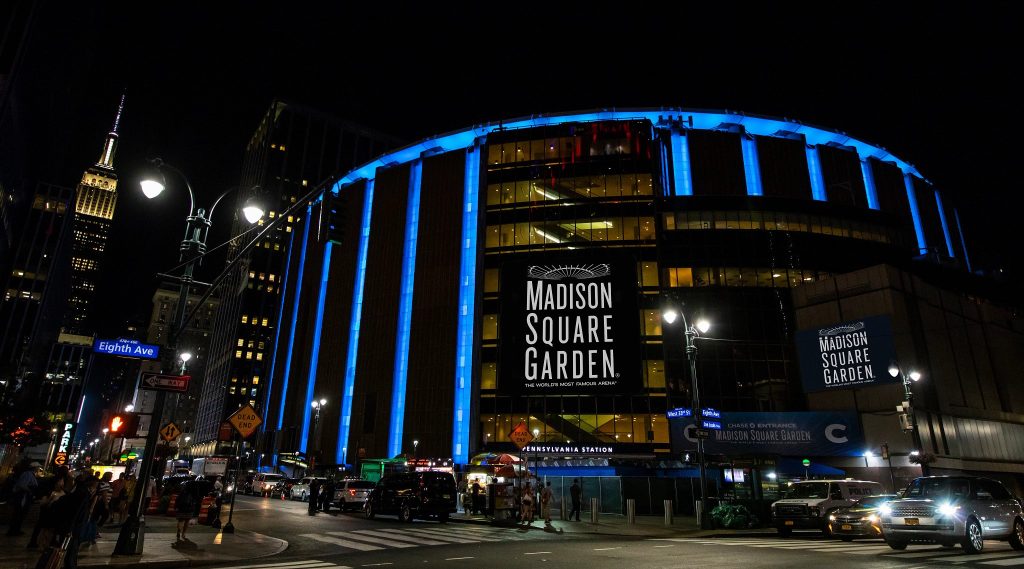 Just over a week remains until a firestorm erupts in Manhattan as multiple world champions such as Amanda Serrano and Alycia Baumgardner arrive to showcase their fighting skills at Madison Square Garden.

The women participating on this talented boxing card could easily change to modeling with ease. But their talent with the boxing gloves cannot be denied. All of the featured female prizefighters are superior prizefighters. It all happens on Feb. 4, at New York City, the Matchroom Boxing event will be streamed on DAZN.

New York-based Serrano, for those not aware of her Puerto Rican heritage and vast talent, meets Mexico’s Erika Cruz who surprised many when she toppled long-time champion Jelena Mrdjenovich twice. They will meet to decide the undisputed featherweight championship.

Puerto Rico and Mexico’s champions when matched together equal gasoline to fire. Historically some of the most explosive wars in boxing history took place between these two fighting nations. Though rarely women, the men over the past 60 years have contributed memorable wars such as Felix “Tito” Trinidad and Yory Boy Campos; Salvador Sanchez and Wilfredo Gomez; and Miguel Cotto and Antonio Margarito.

Those are just a few.

In the battle for undisputed super lightweight championship, America’s Alycia Baumgardner meets France’s Elhem Mekhaled. Though it was expected to be Korea’s Hyun Mi Choi, that fighter was eventually stripped by the WBA. Now we have Baumgardner and Mekhaled fighting for the vacant WBA title.

Mekhaled suffered her only loss as a pro last year in May against former champion Delfine Persoon. It was the only time facing a top tier fighter and she suffered a defeat. Is she ready for Baumgardner who defeated Mikaela Mayer in a seesaw battle last October. That win added the WBO and IBF titles to her collection of title belts.

Two other female fights are scheduled and both are expected to be competitive.

Great Britain’s Ramla Ali has blossomed into a more pressure style fighter and meets Australia’s undefeated Avril Mathie in a super bantamweight title match. Both fighters have been training in America the past several years. Both are tall 122-pound fighters in their mid-30s. It’s seemingly a toss-up fight.

A fourth female match pits Australia’s Skye Nicolson against Spain’s Tania Alvarez in a featherweight clash between two distinct fighting styles. Nicolson has the speed and fleet footwork but has been working on her power. Alvarez has a pressure style but not the footwork and speed. But her asset seems to be timing.

Get your tickets if you live near Manhattan. It looks to be a sensational show. There’s nothing like watching prize fights in person. Even television does not come close to capturing the excitement and energy of a good boxing card. This is a good one.

Laura Belen (5-3-1) won by unanimous decision after six rounds versus Maria Echenique (1-4) on Friday Jan. 20. The super flyweight bout was held at Neuquen.

Jenny Tulcan (3-0) knocked out Laura Patarroyo (0-2-1) in the second round on Sunday Jan. 22. The lightweight match was held in Tolima. Also, super middleweight Yelianyi Fernandez knocked out Beatriz Castrillon (0-1) in the third round.

Thanchanok Phanan (14-5) knocked out Arisa Camna (0-3) in the second round on Sunday Jan. 22. The featherweight bout took place at Pathum Thani. Also, minimumweight Phunnakran Karnjanawong (1-0) knocked out Rawiwan Saikrajang (1-5) in the third round.

Super lightweights Arika Skoog (1-0-1) and Dupe Akinola (0-0-1) fought to a split draw after four rounds on Saturday Jan. 21. The match was held at Dorchester, Mass.