Women’s Boxing’s Best Pound for Pound in 2019 and other news
Written by: David A. Avila 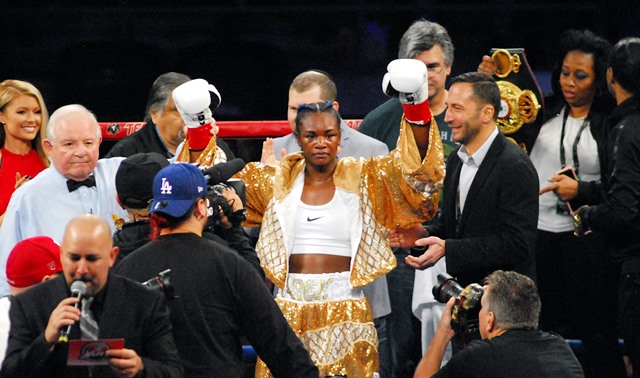 Pound for Pound in 2019 and More News

The end of a tumultuous and successful year 2019 in female prizefighting has arrived. Some fought less than expected and some fought more.

We also saw Jessica McCaskill add the WBA title to the WBC title in two super lightweight wars against Argentine fighters Erica Farias and Anahi Sanchez. We also witnessed the return of unified welterweight champion Cecilia Braekhus to the boxing ring after a brief unintentional absence due to the departure of HBO and boxing.

Hot spots for women’s boxing continued to burn such as France, Germany, Japan, United Kingdom, Mexico, Argentina, and Spain. New spots popped up in almost all the continents of the world. One glaring spot in particular finally heated up with the U.S.A finally staging female fights on a more consistent basis.

Below is a list of the very best female fighters pound for pound in 2019 according to thePrizefighters.com.

Amy Naert (2-0) defeated Snezana Siljkovic (1-5-2) by decision after four rounds on Wednesday Dec. 25. The bantamweight fight was held at Izegem.

Marie Priolau (3-1) was the winner by decision after eight rounds versus Wendy Gervois (3-12) on Saturday Dec. 28. The super bantamweight fight took place in Nord.

Mia Ellis (1-0) won her pro debut by first round knockout over Uneaka Best (0-1) also making her pro debut on Saturday Dec. 28. The lightweight match was held in Atlanta, Georgia.

On Saturday Jan. 4, super welterweights Sarah Rueda (0-0) and Leslie Pope (3-0) meet in a four round fight at Jefferson City, Missouri.