Amanda Serrano vs Simone Aparecida in Miami
Written by: David A. Avila 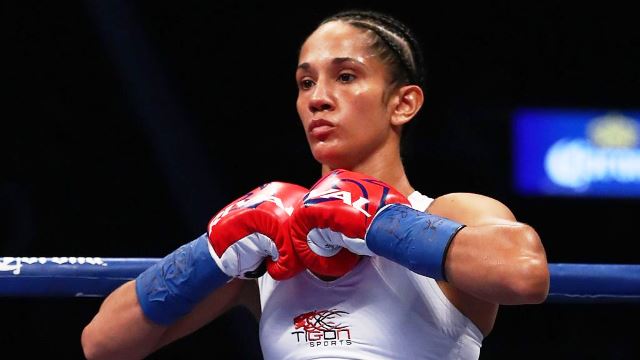 Forget MMA, forget jujitsu training, Amanda “Real Deal” Serrano is back in the boxing ring to do what she does best, throw punches like few other fighters.

The reason for the quick fight, Serrano has a future meeting with Ireland’s undefeated Katie Taylor.

“It’s a get back to boxing match because all I was doing was training, wrestling, jujitsu for my MMA fight that got canceled,” said Serrano, 31. “I needed this fight to stay-active-fight to get me back in the ring boxing.”

If you don’t know about Serrano she has won world titles in seven weight divisions. She’s also one of the most feared fighters in the world mainly for her punching prowess and fighting skills. Serrano will be facing a tough Brazilian fighter known for facing experienced opposition.

“This girl is supposed to be tough,” said Serrano. “She took Tiara Brown the distance and Tiara is a great fighter so I know she will give me some rounds.”

Last September, the Puerto Rican champion engaged in a clash with Heather Hardy that featured Brooklyn’s two most recognized fighters. Serrano won by decision and regained the WBO featherweight world title. It’s one of seven she has won during her career and the reason the WBO designated her “Super Champion.”

Now, she’s headed for a showdown against Taylor – presumably in April – that features two of the top fighters pound for pound in the female fight world. Fans are salivating at the potential mega fight.

But first, there’s fighting Aparecida who’s not there to lose.

“Honestly, I’m not 70 percent but I’ll give it my all,” said Serrano about her boxing match on Thursday in Miami. She had been focusing only on MMA but the canceled bout led to this boxing match. “I’m a fighter and I’ll find a way to win.”

And that goes for Taylor too.

“I want them to know I took this fight on short notice because I want to be ready for the Katie Taylor fight,” said Serrano. “I owe it to the fans who support me to come in the best version of myself.”

DAZN will stream the Serrano-Aparecida fight.