Mary McGee Wins and the Return of U.S. Female Prizefighting
Written by: David A. Avila 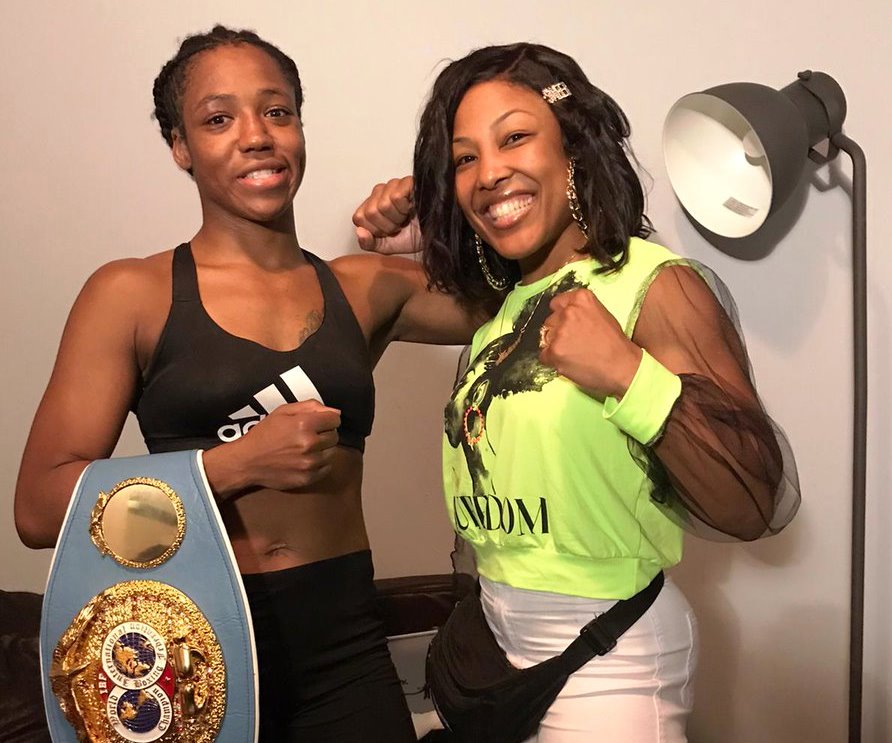 Increased excitement over the rise of the women’s fight game has American fans outright giddy over recent developments.

Let me count the ways.

Not since Holly Holm was ruling the boxing ring and spearheaded a five-bout female card in Temecula, California had anything similar taken place in the past 12 years. That was in Feb. 7, 2008 and nothing comparable to that occurred again on American soil.

Before that a March 2005 card showcasing women Elena Reid versus Alicia Ashley at Laughlin, Nevada also sported an all-female boxing card. After that fight Reid dropped down to flyweight and won two world titles and Ashley went on to international recognition too.

This past weekend McGee co-promoted the ambitious card with DiBella Entertainment looking to re-ignite female prizefighting in her native state.

Others participating were Melissa St. Vil who scrapped with Canada’s Jessica Camara and former super lightweight titlist Christina Linardatou who battled British resident Prisca Vicot to a 10-round decision win. The victory allowed her to re-capture the WBO super lightweight title she had lost to Ireland’s Katie Taylor a few months ago.

The entire card had an international flavor that included America’s first look at Aussie sensation Ebanie Bridges in a super bantamweight win against Crystal Hoy. All of the bouts were streamed at a pay-per-view cost.

Details were unavailable on the number of viewers who watched the female-dominated card, but the simple fact it was attempted by the promoters signifies confidence in the women’s sport. More could be on the way saw American promoters.

American audiences were also treated on Thursday when Sulem Urbina made her American debut against Noemi Bosques at Indio, California. DAZN streamed the flyweight battle so audiences all over were able to witness the action live.

Increasingly female fights in America are being lined up and shown on various media outlets. It’s a sign of the times.

Urbina had primarily fought in Mexico though she was raised and lives in Phoenix, Arizona, which is less than three hours from Indio, California. It was the first time Urbina’s mother saw her perform as a professional.

“She was so happy,” said Urbina via social media about her mother’s reaction. “I could hear her cheer me on.”

Fans at the arena were very excited about the female clash at Fantasy Springs Casino. It’s become a regular expectation at Golden Boy Promotions events and they have expressed a willingness to give fans what they want in showcasing female fights.

Though California stages more professional boxing cards than any place in the USA, for many decades female fights were a rare occurrence. No longer is that the case.

A Philippines-based organization with a branch in Southern California co-promoted a world title fight in San Jose, Costa Rica.

Yokasta Valle recently signed a two-year agreement with Red Boxing Promotions and defended her title this past Saturday against Carleans Rivas. It was her second world title defense and the fight ended in a third round knockout win for Valle.

Red Boxing said it expects to stage an American event for Valle soon.

Not to forget, Europe continues to thrive and in England the WBC super featherweight fight changed hands as Terri “The Belter” Harper floored Eva Wahlstrom late in the fight and zoomed to victory to become the new champion.

Harper, 23, won the world title with an impressive performance but her age was over-emphasized quite a bit by commentators saying “she is only 23.” It’s a young age but not overly young. Claressa Shields was 22 when she won the world title and I don’t recall commentators emphasizing her age as much. Maybe it’s because Katie Taylor is in her 30s and is the measuring stick for all others fighting in Great Britain. One thing is certain, Harper will get even better with time.

Wahlstrom set up numerous traps and if not for her lack of power, the fight could have ended in her favor. But lacking the knockout blow, she merely stunned Harper and that allowed the lanky fighter to regain her senses and confidence. After that, it was all over for the Finn who had suffered a knockdown against Melissa St. Vil similar to Harper’s knockdown. But when St. Vil accomplished the feat, it was not ruled a knockdown in Finland. This time it was correctly ruled a knockdown and Harper took advantage with an impressive performance.

Yokasta Valle (20-2) won by technical knockout in the sixth round versus Carleans Rivas (8-7-4) on Saturday Feb. 8. The IBF minimum weight world title fight took place at San Jose. It was her second defense of the title.

Christina Hammer (25-1) defeated Florence Muthoni (12-9-2) by unanimous decision after eight rounds on Saturday Feb. 8. The middleweight fight took place at Goeppingen. It was Hammer’s first fight since losing to Claressa Shields in April 2019.

Sulem Urbina (12-0) won by unanimous decision after six rounds versus Noemi Bosques (12-15-3) on Thursday Feb. 6. The flyweight fight was held in Indio, California. (For more on this fight read Felipe Leon’s story on thePrizefighters.com).