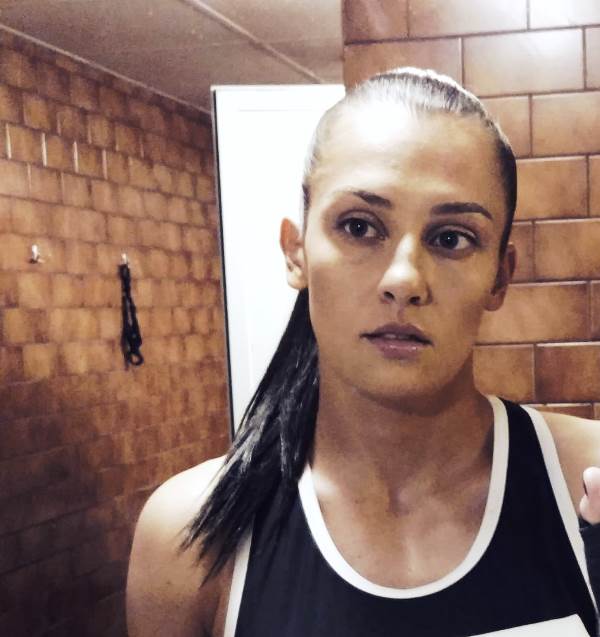 Former super welterweight titlist Ewa Piatkowska seeks to fight in the USA and doesn’t care who she fights as long as it’s in her proper weight class, the 140-pound super lightweight division.

During the past five years Piatkowska, who lives in Poland, was fighting in a weight class too heavy for her body frame. Now she wants to fight in her natural weight class.

When Piatkowska took up boxing at the age of 22, she had two dreams – to become a world champion and to fight in the United States. The first one became a reality in 2016, when she won a WBC world super welterweight title and now it’s time to fulfill the second one.

“My first goal was kind of obvious, everyone dreams of becoming a world champion when they put on gloves for the first time. I achieved it, but it was nothing like I expected. One day the opportunity just appeared, but there was one catch – it was two divisions higher than my natural weight. It seemed a little bit crazy since everyone cuts weight in boxing, but I decided to give it a go. I won and since then it was quite hard to put on weight, which was mostly fluids, before my each title defense, only to be in the right weight interval. A few months ago I became a champion in recess due to long breaks between my fights. The title gives me opportunity to fight a current champion, but I decided it’s a good time to come back to my natural weight. Since I’m a contender again, I might as well be a contender in my natural weight instead of fighting opponents who cut to 154, while I’m bloating up. At times the difference in the ring was more than 20 pounds after they rehydrated after weigh-in and I lost all the excessive water.“

Now that she’s concentrating on remaining below 140-pounds, she feels it is time to show her skills in America.

“I’ve been visiting USA since I was a child and always felt like I belonged there. When I finished high school I went to college there, but didn’t even think about boxing back then. Boxing came later, when I returned to Poland to finish my education.”

“I really like American’s attitude towards sports and athletes. I’ve been always saying that this is the place for any athlete. Now that I’m relieved from title defenses and all the deadlines, I am more flexible and ready to make my debut overseas. I had some offers from around the world, but all of them were in higher weight divisions and I concluded that if I want to show all I have, I need fair and equal conditions.”

“I’ve been contacting some US managers, letting them know about my plans. One of them is trying to arrange a fight for me. I would love to fight Mary McGee, Jessica McCaskill, Layla McCarter or basically anyone. Women’s boxing is blossoming there now and I think it’s fair to say that you didn’t have any career if you didn’t try where all the best ones fight. All the girls with stars status in their home countries go there. Besides, I would just be excited to meet local promoters, fighters and the media. Polish boxing community is quite small and I feel like I know everyone here, even more than I ever wanted to. I hope my chance comes soon.”

Piatkowska was unable to defend the WBC super welterweight title she held and it was vacated due to inactivity. Now the champion is Claressa Shields who is considered the top female fighter pound for pound.

“As a champion in recess I can be a challenger for Claressa Shields,” said Piatkowska. “But I told the WBC I want to challenge 140-pound champs.”

Super lightweight is a division that Piatkowska feels she has a legitimate chance to showcase her fighting skills. Today, all of the super lightweight world titlists reside in America and she is willing to change residence to make things happen.

From Poland to America, the 5-9’ tall 140-pound Piatkowska is poised to make the trek.

“It’s always been a dream of mine,” Piatkowska said.