Mexico Boxing Hit by Virus Too
Written by: Felipe Leon 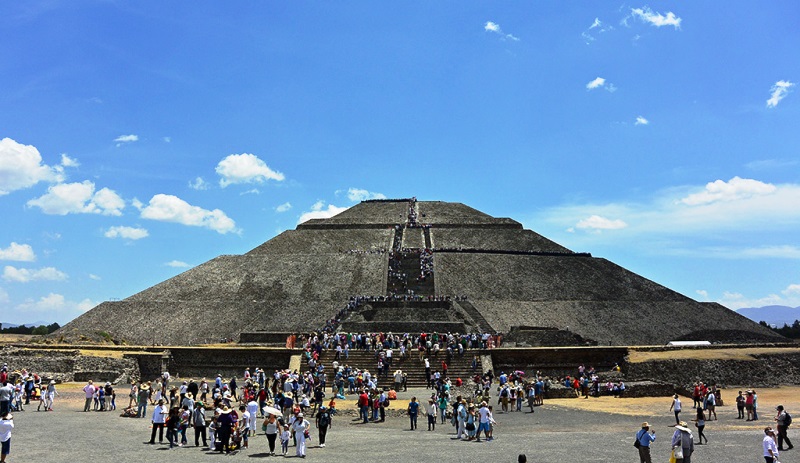 It was expected for 2020 to keep the momentum enjoyed in the last couple of years in female boxing.  After a calm first trimester of the year, a series of mega fights had been announced for April and May.  In one of the most anticipated bouts in recent memory, Mexican super star Mariana “Barbie” Juarez (54-9-4, 18KO) would have faced the legendary Jackie “Aztec Princess” Nava (35-4-4, 16KO) on Saturday, May 9th, for the WBC bantamweight world title Juarez holds as well as the vacant Diamond title.

Then the corona virus hit.

This week Zanfer Promotions released a statement postponing all of their upcoming planned fight cards for an indefinite time period.  Zanfer, who handles the career of Nava, did not specifically mention this particular contest.

“We are in talks with our boxing talent, trainers, representatives, announcers, promoters, sanctioning bodies and commissions regarding this decision,” Fernando Beltran, head of the company, stated.  “We would look to reprogram as soon as the authorities allow for massive gatherings to resume.”

In recent days two major world title fights programmed for the next two weeks were postponed.  The first was this Saturday night in Chihuahua, Mexico, with the newly crowned WBC super-bantamweight champion Yamileth Mercado looking to defend her green and gold belt for the first time against former champion Catherine Phiri.

The scheduled ten-rounder was to be promoted by Zanfer.

Next Saturday, on March 28th, current WBC flyweight champion Ibeth “Roca” Zamora was to have her first fight of the year in her second defense of her crown against the undefeated Mayeli Flores in Ciudad Netzahualcoyotl, a large suburb of Mexico City. It was suspended. The fight, which was going to be televised in the United States by Telemundo, as of now does not have a new date.

“I was told earlier this week the fight was being postponed,” Zamora said in an exclusive interview from her home in the central state of Mexico.  “It all depends on how things continue when the fight will happen.  To be honest, I hadn’t noticed the magnitude of the situation because I was only focusing on my training.  I hadn’t really paid attention to the news.  The governor of my state reported on the seriousness of the situation and soon after I received a call telling me it was postponed until further notice.  I’ll keep training so as not to lose my conditioning.”

Smaller club shows are not immune to the postponements.  Fight cards in Tijuana, Mexico, arguably the biggest boxing market in Mexico where regularly three boxing events can be held in the same week, have been stopped until at least April 28th.

“In Monterrey all major gatherings have been suspended including sporting ones,” Millan explained.  “We suspected the same was going to happen in Tijuana.  Two days ago, my trainer contacted the Tijuana promoter and confirmed the fight card was postponed.”

Monroy Gonzalez, head of Gonzalez Boxing Promotions in Tijuana, stated the local commission suspended all boxing in the city due to the virus and the fact that the mayor ordering all gatherings of over 250 people to be postponed.

“From today until April 20th, I had two local shows programed,” Gonzalez said.  “I had 12 boxing events scheduled for this year.  I will move forward with the rest of my dates once they order boxing to resume. Tentatively I have the 25th of April reserved with the commission as my next date.”

It is an understatement to say the current situation of the corona virus is disrupting the carefully laid plans of many for 2020.

“The idea was to have a lot more activity,” Zamora, who recently signed with MTK Global for her managerial needs, said of her 2020 outlook.  The 31-year-old has not seen any action since 2018 when she only fought twice.  “I wanted to fight four times this year.  Now we must wait for the situation to calm down and see how we can readjust the schedule.  As of now it is only the date has changed, the venue and opponent remain the same.”

For Millan, a lawyer by day, the postponement of her first fight of the year also makes her and her team reassess her plans despite having another possible date in the near future in the books.

“The plan is to go up in weight,” Millan said.  “I want a world title opportunity at super flyweight.  Definitely this situation slows down those plans since we were expecting the fight on March 28th and as of right now we have a tentative one for the end of April.”

Rescheduling another date is not a worry for Millan, her apprehension is how fast Mexico will be able to recuperate.  “I don’t think getting another date would be a problem, I do have a tentative one set or April 25th.  The problem lies in how soon the country will be able to get up from the economic loss and to reestablish activities.  I hope it is soon, personally I am very worried because of the situation.”