Mikaela Mayer and Helen Joseph are Anxious to Perform Next Week
Written by: David A. Avila 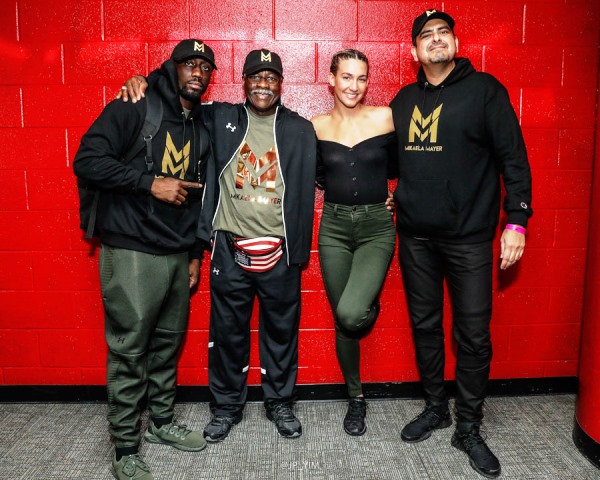 Mikaela Mayer and Helen Joseph Ready to Perform for the World

Fans won’t be allowed to watch in person at the MGM Grand in Las Vegas, Nevada on Tuesday June 9, but can watch the Top Rank show live on ESPN. It’s the first major boxing card televised since heavyweights Tyson Fury and Deontay Wilder clashed.

For Americans it’s the first live sporting event of any kind in many months.

“Having a female fight on the first boxing card is huge,” Mayer, 29, said.

Mayer was supposed to fight way back in early March at Madison Square Garden on the Top Rank card. But the corona virus epidemic hit the world hard and especially New York City. All boxing shows were canceled in the United States of America and eventually all sports were derailed.

This could be the reboot of American sports and maybe international sports too.

It’s rare when female sports is front and center except during the World Cup. So when Mayer and Joseph step into the boxing ring with all of the world watching, it marks an historic event.

Women’s prizefighting has been struggling to rise above the water line for decades and now an entire world will eagerly watch two extremely talented super featherweights clash on television. For many sports fans this will be their first glimpse of female boxing and it’s going to be a doozy.

Let’s start with Joseph the Nigerian born fighter now living in Connecticut. Since arriving several years ago she’s bounced around various weight divisions gathering various titles as a bantamweight and featherweight. Three times she engaged in world titles fights though losing on points to Dahiana Santana, Jennifer Han and recently to Delfine Persoon.

In all three title contests she competed ferociously.

“I’m in Philadelphia for my camp for the people I spar,” said Joseph (17-4-2, 10 KOs) who normally trains in Connecticut.

Joseph found it extremely difficult to find opposition for two reasons: she was virtually unknown in the U.S. though she now lives near New York City. And second, she packs wicked power. She has 10 knockouts including a riveting stoppage of Australia’s talented Shannon O’Connell back in July 2017.

Mayer has encountered problems of a different nature. Because of her profound athleticism and physical strengths she has been avoided by every super featherweight world titlist. Maybe “avoided” is too strong a word, but so far all of the world champions have not been willing to face her despite a number one ranking by almost every boxing sanctioning organization.

“Props to Helen Joseph and her team for taking the fight under the circumstances of the pandemic,” said Mayer (12-0, 5 KOs). “It wasn’t something everyone was willing to do.”

The 2016 U.S. Olympian has strafed through the super featherweight division with her speed and power to remain undefeated after a dozen professional fights.

Many fans were anxiously awaiting Mayer’s match up with Melissa Hernandez a veteran with multiple world titles in various weight divisions. But that scheduled fight this past March was unable to be maintained for June because of a lack of time for testing.

Joseph was not the first choice to replace Hernandez. Alycia Baumgardner was initially tabbed to fight Mayer but turned down the fight and the Nigerian fighter did not hesitate to accept the challenge.

When Mayer and Joseph meet next week, expect the high pressure style of Joseph to ignite a fierce firefight in Las Vegas.

“It’s the first boxing card since the U.S. went into lockdown,” said Mayer. “There will be a ton of people tuning in, people who would not normally watch boxing but hungry for some live sport action.”

Next week, female boxing returns and Mayer and Joseph will be leading the call.