Team Amanda Serrano Answers Back
Written by: David A. Avila 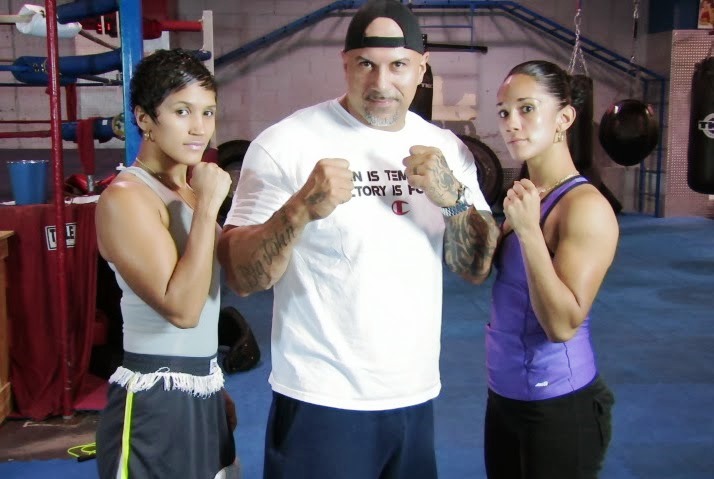 Cursed from the beginning the Amanda Serrano and Katie Taylor fight has been riddled with cancellations, postponements and accusations due to unforeseen changes including the worldwide pandemic because of Covid-19.

Now, Eddie Hearn of Matchboxing which is contracted to promote Serrano versus Taylor wants his $10,000 back that he gave the seven-division world champion for training expenses. He wants it back by Friday July 3 at 5 p.m.

Here are the facts according to Jordan Maldonado manager for Amanda Serrano and what they feel about the situation. Here are the answers by Team Serrrano:

A letter was sent by Hearn to Lou DiBella the promoter for Serrano on Wednesday July 1. That letter sent by Hearn stated that Amanda Serrano must pay back the $10,000 sent for training expenses.

Jordan Maldonado (Serrano’s manager and trainer) – He gave us the money back in March and I hired a nutritionist with it for Amanda. He bought food and cooked it everyday. And I also hired trainer Gary Stark who lives in Staten Island. It cost 20$ every day for the toll to get there. It’s not cheap. We also hired sparring partners because you know if you pay them they will show up. We wanted to be prepared. This is the biggest fight in Amanda’s career.

How long did you prepare Amanda Serrano for the Katie Taylor fight with the training expense money?

Jordan Maldonado – Even when the May fight was canceled we still did train. Then he put it back on again on July 4. Then this guy comes back and stops the show. We would have never hired a nutritionist, we couldn’t afford one at $270 a week; these are things we have never done before because we couldn’t afford it.

We were gung ho and we were all ready for May and July 4th,  even for that one she was ready. The only phone call I ever got was to take a pay cut.

Did you sign separate contracts on behalf of Amanda Serrano for one single date or various fight dates to face Katie Taylor?

Why refuse the fight at Eddie Hearn’s house in United Kingdom?

You have to do the right business. My thing is this. I want that original money and for there to be a crowd and not in your house. You want the fight in Manchester? OK. Amanda’s last four fights have been all in different weight classes. She doesn’t care where the fight is but let’s not do it at his house.

We do want that fight. But she wants it in front of a large crowd. Nobody is afraid. When Cindy (Serrano) was offered the fight – no problem. Nobody was crying. Both girls were willing to do it. Katie has proved herself, Amanda has proved herself too.

Do you feel justified your team did all they could to make this fight?

Last November we were supposed to fight Katie. She fought at 140 pounds against another opponent instead. We complained about it. Nobody gave a ****.

We were willing to fight Katie in November but she fought for the 140 title (against Christina Linardatou for the WBO super lightweight title). We had no way to stop them. They reneged on the three-fight deal.

They knew I was right and they had to make it right. So they (Matchboxing) paid $5,000 for the Brazilian fight against Simone Aparecidar on January 30 at Miami, Florida. They forced $15,000 from the MMA guys who were afraid to be taken to court. It was Combate Americas.

They (Matchboxing) are ****en bullies.

So what does Amanda Serrano think of the situation involving Katie Taylor and her promoter Matchboxing?

Amanda Serrano – Right now I’m so frustrated I don’t even want to hear her name. I don’t even care about her now. I’m just so tired.

People have their own opinions but they don’t know the true facts. I feel sorry for Jordan he is fighting for what’s right.

I’m really frustrated and feeling left out. I feel like a piece of ****. Whatever they want me to do I have to do it. I did what I had to do for May 2 even July 4. I understand we are under a pandemic but can you rule my whole life? It’s very frustrating.

Editor’s note: Recently, Matchboxing sent a cease and desist letter to a TV organization to refrain from hiring Serrano on a television reality show. That organization took her out of their show and that action forced her to lose several thousand dollars.