Terri Harper vs Natasha Jonas
Written by: David A. Avila 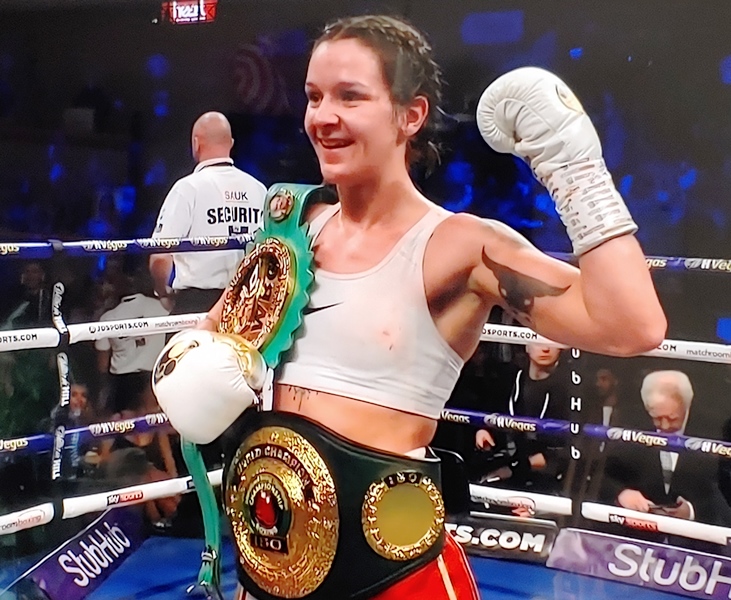 Terri Harper defends the IBO and WBC super featherweight titles on Friday against Natasha Jonas in a clash between British stalwarts. The boxing world is watching.

Harper, 23, (10-0, 5 KOs) is the youngest of the champions in her weight class and meets 36-year-old Jonas (9-1) at Matchroom Fight Camp in Brentwood, England on Friday Aug. 7. DAZN will stream the world title match live at 11 a.m. Pacific Time.

Once again, its’ youth versus experience.

“I just think me fighting a good opponent in Tasha is just going to bring out the best of me,” said Harper, who is making the third defense of the IBO title and the first defense of the WBC version. “Tasha has come from the Olympics and here I am. I believe that Tasha has to prove herself.”

Jonas, a southpaw, was the first to represent Great Britain in the Olympic boxing team back in 2012 and defeated American lightweight Queen Underwood. She was eventually defeated by Ireland’s Katie Taylor and settled for the Olympic silver medal.

“I feel a range of emotions,” said Jonas on social media. “I’m sick of talking about it.”

As a professional, both Jonas and Harper faced Viviane Obenauf with different results. Jonas was stopped by the Swiss-based fighter in the fourth round and Harper defeated the Brazilian fighter by unanimous decision after 10 rounds in defense of the IBO world title.

Harper has a straight pro style that was evident when she defeated the elusive Ewa Wahlstrom for the WBC super featherweight world title last January. It was the Finnish fighter’s first actual defeat in defense of the WBC title despite several close encounters that saw her grind out wins in previous world title defenses.

Against the aggressive attacks by Harper she was eventually caught and dropped by a sizzling right. Though Wahlstrom recovered and finished the fight, it proved that Harper has finishing power and can end the fight at any moment.

“There is pressure but nothing like when I fought Eva,” said Harper of her upcoming defense against Jonas. “I had a lot of pressure on me that night to win.”

Jonas has the more extensive amateur background that includes participating in the Olympics. But amateurs and pros are quite different. Not simply because of the length of the fights, but the emphasis on scoring.

Amateurs do not count knockdowns as important in their scoring. It’s simply a scoring blow.

A knockdown in a professional fight changes makes a dramatic difference in the scoring. Pro judges give two points for knocking down an opponent.

It’s one major reason that amateur stars do not always translate into professional stars. Another is the emphasis on speed and scoring points that causes amateur boxers to slap, instead of punch with power.

Of course, fighting with smaller gloves and without head gear can make a vast difference in a fighter’s defensive skills too.

Harper has been honed to fight as a professional, a prizefighter. Can Jonas use her abilities to offset the champion’s power?

Forget about the age factor. These are two well-conditioned athletes with contrasting styles. The winner moves into more prestigious territory with more money to be made in exciting matches in one of boxing’s most sizzling weight divisions – the super featherweights.

Down the road an eventual showdown with the winner of Katie Taylor and Delfine Persoon could be the big prize.

Jonas hopes she can use her long experience to find a way to stop the Harper power machine. While Harper believes she can’t be stopped.

“Never in a million years did I think I’d be in this position. I’m just enjoying every moment,” said Harper. “We prepared for the best Tasha, we just prepared for everything.”

Will everything be enough on Friday morning?

Is Harper on pace to become the dominating force of one of boxing’s most dominant divisions. On Friday the world will see.