Best Female Fighters Under 126 Pounds
Written by: David A. Avila 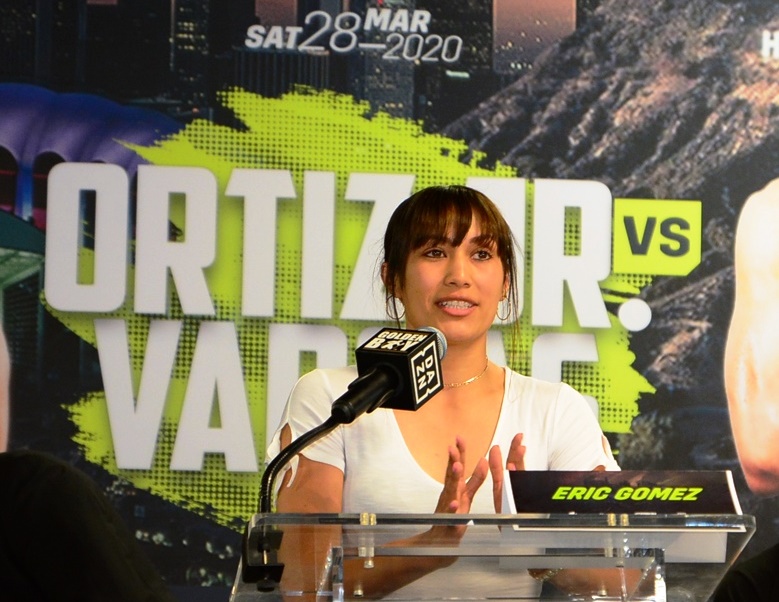 Best Female Fighters Under 126 Pounds, The Don’t Miss List for 2020

Spread out across the world, women’s prizefighting has evolved into a higher level spectator sport.

Europe has re-taken the forefront behind the charge of Ireland’s Katie Taylor the undisputed lightweight champion promoted by Matchroom Boxing. Many recognize her as the best or top two female fighter in the world along with America’s Claressa Shields.

Taylor and Shields are both at the top of the mountain.

With media coverage now provided for women’s prizefighting, many others are emerging with frightfully good talent. Many of these fighters compete below 126 pounds and are largely ignored because of scant coverage by television or streaming networks. Look for these fighters and you won’t be disappointed. They fight to win by knockout, not by decision. Knockouts are always on their mind.

Here is a list of can’t miss fighters below 126 pounds:

Seniesa Estrada (19-0, 8 KOs) – with super-fast hands and feet the East Los Angeles fighter is eager to claim world titles from 105 to 118 and maybe higher. She has knocked out six of her last seven foes and that one omission could have been a stoppage. Few fighters possess her blend of skillful boxing and shocking power. At 28 she has entered her prime years. Watch out.

Kenia Enriquez (23-1, 9 KOs) – Mexico’s Enriquez is 27 years old and holds the interim light flyweight world title, but the WBC organization has ridiculously refused her a right to compete for the actual title the past three years. It’s a sad tale but it cannot diminish her fighting abilities. She is one of the best boxer-punchers at any weight.

Adelaida Ruiz (9-0, 4 KOs) – started professionally only three years ago but has developed a reputation as a fierce pressure fighter. Now 32, the super flyweight fights out of Los Angeles, California and has real knockout power.

Louisa Hawton (10-2, 5 KOs) – the atom weight titlist fights out of Australia, and though small, she is a big-hitting fighter that has never been in a boring fight. It’s against her nature to win easily and it’s a primary reason why she has become a fan favorite in her native country and the U.S.

Naoko Fujioka (18-2-1, 7 KOs) – the WBA flyweight titlist is considered Japan’s greatest female fighter of all time. She has grabbed world titles in five different weight divisions and is fearless even at 45. Her next fight will probably be in the USA and she doesn’t care who she fights.

Miyo Yoshida (14-1) – the WBO super flyweight champion fights out of Tokyo, Japan and is known for her sheer strength and endless stamina. She has one title defense and is looking to hit American shores for more competition. Another Japanese warrior.

Diana Laura Fernandez (22-3, 4 KOs) – Don’t be fooled by her looks, she may look like a model but fights like a dockworker. Now 26, Fernandez is a super flyweight from Juarez, Mexico that loves to scrap. She has battled world champions twice and proved she may be close to winning a championship soon.

Dina Thorslund (15-0, 6 KOs) – the 27-year-old fights out of Denmark and holds the WBO super bantamweight title. She is an extremely aggressive and prefers to power through the opposition. Three times she has defended the world title.

Kim Clavel (12-0, 2 KOs) – Canada’s Clavel is 30 years old and fights out of Montreal. In three years she has fought some credible talent and displays a non-stop action style that appeals to most fans. The light flyweight is eager to fight all.

Ellie Scotney (1-0) – She only has one pro fight and that was at featherweight, but she will be heading to super bantamweight. The London-based fighter is only 22 and shows immense talent. She could be one of the best to come out of England. Time will tell.

Nina Pavlovic (6-3-1) knocked out Milena Svonja (3-5) in the third round on Thursday Nov. 19. The lightweight match was held in Becej.

Melissa Parker (2-0) was the winner by knockout in the sixth round over Kathryn Paprocki (1-1) on Saturday Nov. 21. The super bantamweight fight was held at Tampa, Florida. Also, super flyweight Angela Magana (1-0) beat Amarilis Adorno (1-10) by decision after four rounds.

Fei Faiva (4-0) knocked out Brittney Artis (0-2) in the first round on Friday Nov. 20. The featherweight fight took place at Daytona Beach, Florida. (For more on Faiva read the story on ThePrizefighters.com published earlier last week.)