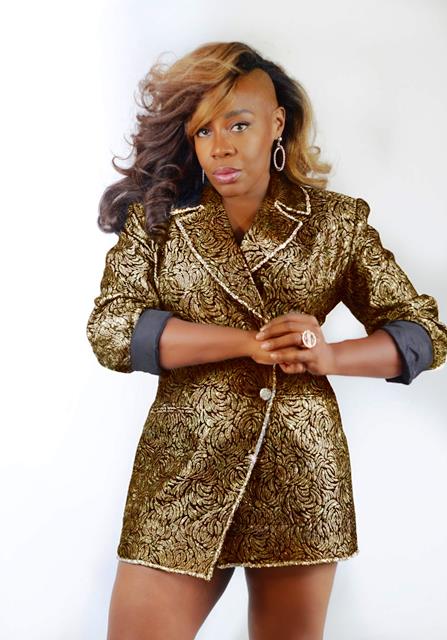 If somebody’s 2020 was rougher than most, at least in the world of female boxing, it has to be unified WBC and WBO super middleweight world champion Franchon Crews-Dezurn (6-1, 2KO).  Her year began on Friday, January 10th, in San Antonio, Texas, with a split decision loss to former WBC heavyweight world champion Alejandra “Tigre” Jimenez.  Not much later Jimenez tested positive for doping.

“Everything was unnatural,” Crews-Dezurn (6-1), who fights Ashleigh Curry (8-13-4) this upcoming Saturday night in Dallas, Texas, in an eight round non-title fight on the Ryan Garcia vs Luke Campbell boxing card live on DAZN, said of Jimenez’s performance that night last January.  “I know how to fight.  It can be a person that is fast but I can touch them with timing or slow them down with power.  It could be someone strong that I can just out box.”

“When you are going against someone with unnatural stamina, unnatural recovery, it is going to be hard the whole time,” the 33-year-old Crews-Dezurn explained.  “That person wasn’t normal into the eighth round.  Skill wise she is not that good.”

Once Jimenez came up dirty in her post-fight test, an investigation was launched.  Weeks later the Texas Boxing Commission changed the result to a “No-Contest” and eventually the WBO and the WBC returned the world title belts to Crews-Dezurn.

“I just felt, ‘I told you so’.  It wasn’t much of a punishment,” she said of the 9-month suspension handed to Jimenez by the WBC.  “I was happy for being validated for not being crazy.  That I know boxing.”

After that whole debacle, Crews-Dezurn does not even consider a rematch, calling the idea ludicrous even if the sanctioning bodies were to order the fight.

That fight went down notoriously in the annals of female boxing not only for Jimenez’s positive illegal substance but also for the fashion malfunction Crews-Dezurn suffered in the ninth round.  Her weave was coming off her head and during the rest period before the 10th and final round head trainer Barry Hunter ordered it to be taken off.  Crews-Dezurn at first protested but relented after Hunter insisted the titles on the line were more important.

With nearly a year since the incident Crews-Dezurn takes the viral incident in stride.

“One wig coming off is not going to stop big mama from looking good,” Crews-Dezurn said with a smile.  “That just gave me more options to wear extensions, wear braids, wear my natural hair out.  It actually opened the door for more possibilities and more versatility for me.”

Crews-Dezurn now returns nearly a year after against veteran Ashleigh Curry who has been a professional prizefighter since 2011 and has faced much more varied opposition than Crews-Dezurn, including current world champions Mary McGee twice, Marie-Eve Dicaire, Kali Reis and Savannah Marshall.  She has also fought other notable opponents as Aleksandra Lopes, Melissa Hernandez, Ronica Jeffries, Melissa St. Vil and Raquel Miller.  The fight against Crews-Dezurn marks only her second over the middleweight limit.

“I don’t sleep on anyone,” Crews-Dezurn said of the 35-year-old Curry.  “From looking her up, she has a lot of experience and that goes a long way.  I just do what I do all the time and just try to stay focused.  Keep that underdog mindset.  I am a champion; I am grateful that my husband is a fighter and he is always training hard.  I have a live-in training partner to keep me mentally and physically focused.”

“She has a good resume, she’s fought a lot of good fighters,” Crews said of Curry’s past fights.  “This is the year, 2021, I am making a move to become undisputed.  She is in my way so I have to do what I have to do especially being back in Texas.  I have to make a clear statement the situation I went through didn’t beat me; I beat it.  I just want to give a good performance to the fans and prove to myself why I am as good as a I think I am.”

Like every other fighter during Covid-19 in 2020, the USA amateur stand-out Crews-Dezurn has had to deal with issues to be fight ready but she explains it is anything new for her.  “There were some obstacles, like not being able to go to the gym like you want to.  Being paranoid for sparring but I have always fought under adversity.  Two weeks’ notice, one week notice, drop of dime fight, so I am always mentally prepared and I am physically in good shape so I am going to do what I have to do.”

The Crews-Dezurn vs. Curry contest is featured on one of the most anticipated fights of 2021 when southern California’s Ryan Garcia takes on Luke Campbell of England in a lightweight bot.  The Golden Boy Promotions event is the first major fight card of the upcoming year, a fact that doesn’t escape the current WBC and WBO world champion.

“It’s an honor,” Crews-Dezurn answered when asked what it felt to be the female representative on the card.  “It is a great opportunity to have female boxing displayed.  The fans of Texas, everybody is going to see, we are going to represent and I have never taken any opportunity for granted.”

Crews-Dezurn has set her mind in 2021 being her year, the year she puts together an extraordinary run and unifies the 168-pound division.  Standing in her way is Sweden’s Elin Cederroos who in 2020, one day later from Crews-Dezurn’s last fight, battled Alicia Napoleon-Espinoza for the WBA version of the crown to add to her IBF belt.  The fight was named ThePrizeFighters.com 2020 Fight of the Year.

“Alicia Napoleon is a great fighter,” she said of the female fight of the year.  “She has the skill but she doesn’t have the physicality to deal with Cederoos.  Cederoos has a very European style which I am familiar with.  I am able to offset it because I am versatile.  I can do technical boxing and I can do fighting.  She (Cederoos) has never faced anybody like me.  I don’t think she would know what to do.  I have seen her fight more basic people and struggle.  She would probably just bank on the hook because she hurt Alicia with that but we are different fighters.”

Franchon recognizes there are other important names in the division including the aforementioned Napoleon-Espinoza and former middleweight WBC champion Christina Hammer but if given the choice, she would like to face Cederoos the sooner the better.

“I wish I could go after Hammer first because I am a competitor at heart,” she explained.  “Now being a businesswoman and understanding a little bit more of the landscape, the Cederoos fight would be high-reward/low-risk for me.  Christina Hammer has everything to gain fighting me, so I would like to be unified undisputed first and then have that type of name.  I think that is something to build up.”

“I am going to demonstrate against anybody I step in the ring with,” Crews-Dezurn continued.  “Of course, if I can’t get the Cederoos fight, a fight against Christina Hammer would be good too, to stop her and punish her even worse.”