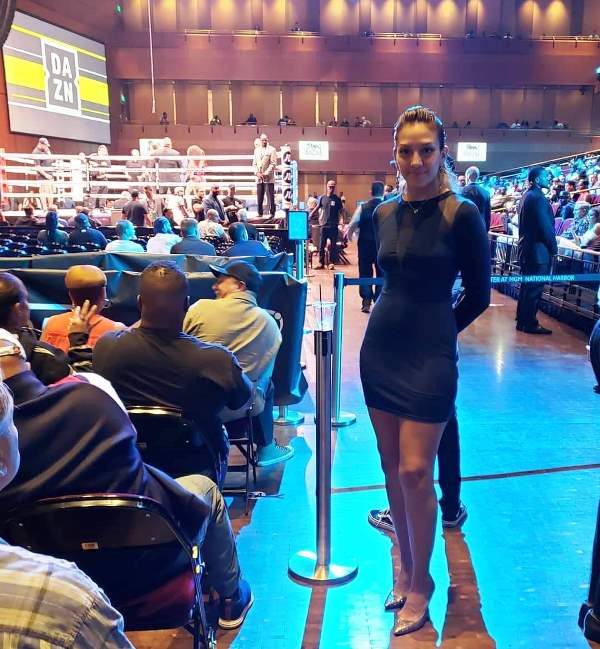 In boxing welterweight fighter Alejandra “Fenix” Ayala (13-5, 8KO) has worn many hats.  Besides fighter, she has been a matchmaker, manager and even promotor.  Her latest role within the sport might be her most important.  The 32-year-old from Mexico City, Mexico, was named as the acting boxing commissioner for Tijuana, Mexico.

In contrast to the United States, the combat sports commissions in Mexico are supervised by city or municipal agencies and not statewide like its neighbor to the north.  The commission consists of the director, secretary, treasurer and a separate commissioner for boxing, wrestling and mixed-martial arts. Tijuana is considered the busiest and quite possibly the most important boxing city in Mexico with anywhere from 12 to 15 professional fight cards a month.

Ayala is the first female boxing commissioner in the city’s history.

“The Tijuana commission was recently turned over,” Ayala said in a recent exclusive interview.  “The new director of the commission Christian Granados together with the mayor, Karla Ruiz, are promoting gender equality and as part of that, they approached me about the position.  Part of the team is past boxing commissioner Manuel Cardona and he is showing me the ropes.  In fact, today was my first function as boxing commissioner, today’s weigh-in ceremony.  Manuel Cardona was with me and he is going to be my mentor.”

“I think it has been an easy transition,” she explained.  “Obviously I have a lot to learn but with my experience and the different functions I have performed, they noticed that in one way or another I am always involved in boxing in Tijuana.”

One of the biggest missions for not only the commission but for Alejandra is to promote female boxing.  Ms. Ayala has a clear vision of what she wants to do as far as women in the sport, not only boxers.

“One thing the new director mentioned to me is he wants for female boxers, whether from Tijuana or coming to Tijuana to fight, he wants them to feel represented,” she said.  “Many times, at the weigh ins or at the actual fights, they are the only women there as far as fighters or corners.  With me as commissioner, the fighters will have somebody that has been there before and can guide them in certain aspects.”

“As far as promoting female boxing even more, once I have more time as commissioner, there will be a time to sit down with the commission,” she said.  “Even though there is plenty of female boxing in Tijuana, I think there can be more.  For example, we can ask promotors to always include a female boxing match in every one of their cards.  To be able to do that we must develop amateur boxing so there is enough female fighters.”

From an early age Alejandra played basketball but once at a university, where she earned a degree in political science and economics as well as a master’s in international relations, she stumbled onto a boxing gym.  She fell in love with the sport from the first punch and embarked onto a career that has taken her around the world.

“As far as in my field, I have worked on political campaigns, Amnesty International and different human right groups,” Ayala explained of her work outside the boxing ring.  “Many people say to me of why I am a boxer if I have such an extensive education but it has also helped me with what I do in boxing as a manager, matchmaker or as a promotor.  My studies are also going to help me with this new post.”

Part of a family that focused on education – her father is a biology teacher – Alejandra had to keep her newfound love a secret.  In fact, her mother forbade her to become a professional but eventually they discovered her newfound profession.  Not too long ago her family finally gave their approval.

“I remember my mother telling me not to even think of being a professional fighter since she knew how competitive I am,” Ayala remembered.  “I didn’t tell any of my family when I had my first pro fight.  It has been hard because nobody in my family wanted me to box.  My parents were really opposed to it because of my education.  I always wanted their support but it wasn’t until 2018 they actually assisted one of my fights and it a type of redemption for me.”

Alejandra made her professional debut as a boxer in Mexico City but quickly found herself in the border city of Tijuana for her second fight in late 2015.  She fell in love with the city and surprisingly stayed not going back home after her fight.

“I literally came to fight and just didn’t go back home,” she said with a laugh.  “I was fascinated by the city and now I have 18 professional fights here in Tijuana.”

Unfortunately for the time being because of her new post as Tijuana boxing commissioner, Alejandra must put her professional boxing career on pause.  “I was at a pretty good point in my career, I had signed with Rick Ramos Boxing of Chicago in 2017.  I was ranked as #10 in the world but in 2019 was my last fight.  I have not been able to get a fight.  Covid hit, two fights I had programmed fell through, and now with boxing coming back, I have gotten some offers but I frankly felt they were disrespectful with the amount of the purse they were offering.”