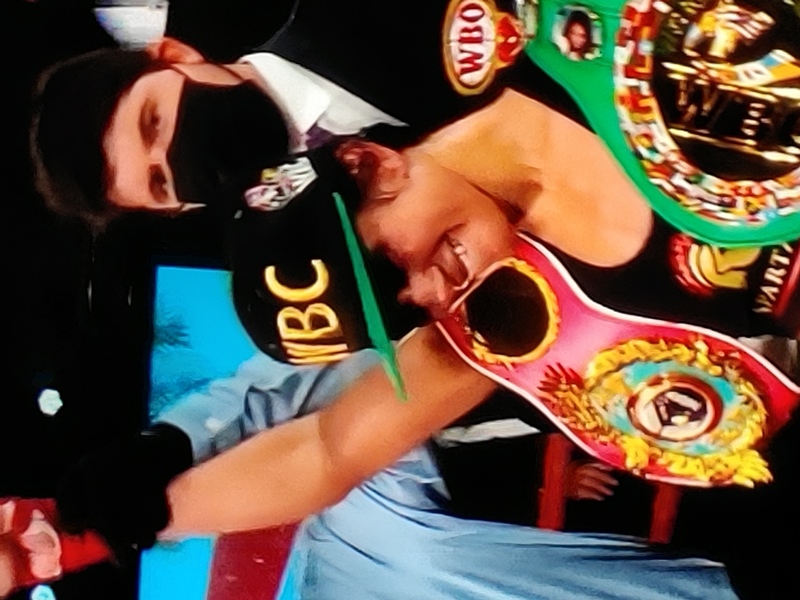 Amanda Serrano and Others Led Most Successful Month for American Boxing

When Amanda Serrano ended her battle of pound for pound fighters with a flourishing knockout of talented Daniela Bermudez, it capped perhaps the greatest month of women’s boxing ever seen by American audiences.

March 2021 was declared International Women’s month and world champions from light flyweight to cruiserweight were spotlighted by television and streaming outlets.

No other period in North American women’s prizefighting has produced the opportunity to see such high-level talent in a single month.

Belief in the sport has led to this success.

It was Shields promotion company Salita Promotions and manager Mark Taffet that gambled on a pay-per-view card bereft of outside funding. The fight show managed to succeed enough to guarantee another pay-per-view card in the near future.

Despite numerous changes including the loss of matchups, the pay-per-view card from Flint, Michigan that took place on March 5, hung tight and produced a card that allowed some fans to see women fighting for titles for the first time.

Shields’ performance after more than a year away proved her to be the best in the sport.

Others like Dicaire, Esparza, Perkins and Mitchell provided a look at the future. It sets up shows down the road and expectations for fans of women’s prizefighting.

Then, the rematch between welterweights McCaskill and Braekhus for all the world titles saw the Chicago fighter succeed again. Her victory over a longtime undefeated boxing great proved that women’s prizefighting has reached parity. Domination for a long period of time may be a thing of the past. Young talent seems to be arriving every day from the amateur boxing world.

A week ago, another long-reigning world champion in Mexico’s Anabel Ortiz saw undefeated Estrada of East L.A. showcase her own unique skills. After knocking down the champion, Estrada brilliantly displayed her flashy technique and 20 years of experience gained in both the amateur and professional fight world. It was riveting.

This past weekend, two more pound for pound fighters who held world titles and had remained unbeaten for years dared to be great. Serrano became the first to knock out the mighty Argentine fighter Bermudez. But it took a willingness for both fighters to accept the challenge.

One reason Serrano and Bermudez were able to meet was through the arrival of Ring City USA that truly believes in female prizefighting as a draw. The battle between the Puerto Rican and Argentine was the first time women headlined one of their cards and it proved to be a dynamic success.

Women’s prizefighting has never been better and there is room to grow.

Cheyenne Hanson (8-1) won by technical decision in the fifth round versus Alina Zaitseva (1-6) on Saturday March 27. The super featherweight fight was held at Bayern.

Marina Hamada (3-0-1) won by decision after four rounds versus Michiko Abiru (2-5) on Sunday March 28. The flyweight bout was held in Kobe.

Mea Motu (6-0) won by technical knockout of Tania Reid (2-4-1) in the third round on Friday March 26. The New Zealand lightweight title fight was held at Northcote.

Amanda Serrano (40-1-1) knocked out Daniela Bermudez (29-4-3) in the ninth round on Thursday March 25. The WBO, IBO and WBC featherweight world title clash took place at San Juan. Serrano and Bermudez are both ranked in upper tiers of most pound for pound lists. Also, former flyweight champion Arely Mucino (29-3-2) defeated Lucia Hernandez (7-11) by decision after eight rounds.