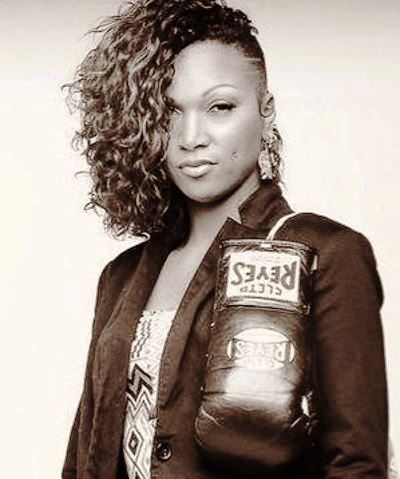 It’s a great opportunity for Southern California fight fans to see two exceptional East Coast-based fighters perform on the West Coast. It’s also a chance for fans throughout North America to watch women prizefighters at its best via streaming.

Both Reis and McGee are managed by Brian Cohen and could potentially meet each other should they both win their title defenses. The WBO version was held by Christina Linardatou but she is out of action for a while. All four belts could be the reward later in the year.

Prazak, 42, had been inactive for several years but returned this past March and recorded a unanimous decision win in Tijuana, Mexico. As a super featherweight she wielded serious firepower. Will her power carry to a heavier weight class?

The champion Reis grabbed the WBA title by defeating Kandi Wyatt via unanimous decision in November 2020. She is also a former middleweight world titlist but dropped down three weight divisions and seems very comfortable at the 140-pound weight class.

Defending will be McGee who defeated another Argentine in Ana Laura Esteche to win the IBF version in December 2019. She has one defense and that was a technical knockout win over Deanha Hobbs in February 2020.

Both world title bouts should be highly entertaining.

“There are already discussions of the winners of these bouts entering into a tournament to crown an undisputed champion,” said Lou DiBella, president of DiBella Entertainment.

At press time USA flyweight Ginny Fuchs defeated Russian boxer Svetlana Soluianova for the only victory so far by an American female. Though she seemed to win every round two judges somehow scored it for the Russian boxer.

“I know at times it was a little sloppy,” said Fuchs who was able to attack the taller fighter and score with quick punches. “

USA featherweight Yarisel Ramirez lost to Croatia’s Nikolina Cacic by unanimous decision 5-0. She is the first man or woman to lose in the Tokyo Olympics.

Karen Carabajal (17-0) won by technical knockout in the sixth round over Flavia Quintero (2-4) on Friday July 23. The lightweight bout was held at Buenos Aires.

Olga Julio (35-18-2) defeated Maria Zavala (0-9) by knockout in the third round on Saturday July 24. The light flyweight bout was held at Santiago de Tolu.

Stephanie Silva (3-0) defeated Snezana Siljkovic (1-12-3) by decision after six rounds on Friday July 23. The flyweight match was held at Lazio.

Megumi Watanabe (1-0) won by knockout in the third round over Sawako Fukuhara (0-2) on Monday July 26. The atomweight match took place at Tokyo.

Eva Cantos (1-0) won by split decision after five rounds versus Marisa Dominguez (0-1) on Saturday July 24. The super bantamweight match was held in Madrid.

Shayna Foppiano (4-0-1) knocked out Vanessa Grimes (0-1) in the first round on Friday July 23. The lightweight bout took place at Windham, New Hampshire.