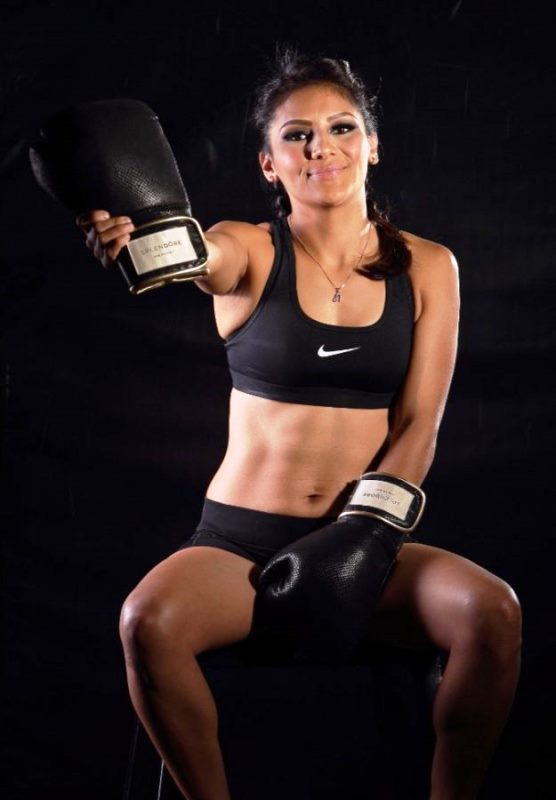 It has been a long and winding road for Lourdes “Pequeña Lulu” Juarez (32-2, 4KO) of Mexico City in the world of women’s boxing.  Despite being the younger sister of the legendary Mariana “Barbie” Juarez, the 34-year-old Juarez did not have an easier road, as one would expect, than others.  Losing two of her first six fights as a pro, you would think maybe the paid ranks weren’t for her.

She hasn’t lost since.

Juarez, mother of two, is the newly crowned WBC super flyweight champion coming off her first defense of the coveted green and gold belt.  Just weeks ago, she defeated Diana “Bonita” Fernandez via a close split decision over ten rounds. The championship fight was the main event in Latin America on ESPN’s Knockout Boxing series and was held in Fernandez’s hometown of Ciudad Juarez, Mexico.

The fight against Fernandez was a rematch of their flyweight bout in 2017 where Juarez defended her WBC FECOMBOX title via split decision.

“There wasn’t really much that worried me but we knew that she was going to box differently,” Juarez recently stated in an exclusive interview on the 2-Min Round, the all-female boxing podcast with David Avila, Lupi Gutierrez and this author.  “I thought she was going to be a bit more aggressive since she was after my belt.  I was confident in my work; I knew I needed to defend my title.”

During the fight Fernandez opted for sporadic attack which forced Juarez to be the aggressor, a tactic she is not known for.

Juarez credits the work they did in the gym prior to the fight in helping her successfully defend her title for the first time.  “In the gym we worked on going forward as well as fighting going backwards.  It is more my style to land punches and then move so we worked on that as well.  We realized she wasn’t trying to fight.  I think if I wouldn’t have gone forward, I don’t know what kind of decision they would have given.  I think her strategy actually helped me more than her.”

After being avoided by both Yesenia Gomez and Ibeth Zamora, the WBC 108 and 112 pound champions at the time, Juarez climbed north to capture the WBC 115-pound world title with a defining unanimous decision over the always tough Guadalupe “Lupita” Martinez back in December.

“Since we got the opportunity for the world title, my mentality was always that I couldn’t let it go,” Juarez said of winning the world title in a heavier weight class.  “I am very happy and confident of achieving even more.  Before winning the title, I would doubt myself but now I am much more confident in myself and my abilities.”

It is obvious Lourdes gets not only compared to her more accomplished and popular sister, Mariana, but also has fought in her shadow for most of her career.  Does the world title now separate her in the views of the boxing public?

“It doesn’t bother, a lot of people ask me if it bothers me, but I don’t think I am in her shadow,” she explains.  “I think it is more the doing of the promotor, they do it because she is more popular than me and they can use that to sell tickets, get attention.  I think it has been about three to four years that the public has seen me as myself and not the sister of ‘Barbie’ Juarez.”

“I want to make my own history,” she said.  “We have started with this world title and God willing we will continue with more.  We have also made history together as the first Mexican sister to capture world titles.”

As far as the future for Juarez, she has lofty goals.

“They haven’t given me a date yet for my next fight, I wish they would,” Juarez said with a chuckle.  “We are back in the gym, we had two weeks of rest after my last fight.  Little by little.  Even though there is no fight, we have to start working and getting back into shape.”

“I am looking to defend my belt a few more times since it hasn’t been that long that we captured it,” she shared.  “My plan is to do it backwards, instead of going up in weight, I am planning on going down in weight.  I want to look for world titles at flyweight and then maybe even light flyweight.  We don’t have a problem with the weight.  I would love to fight in the United States, face Seniesa Estrada or Marlen Esparza.”

To listen to the completed unedited interview, please visit BlogTalkRadio.com