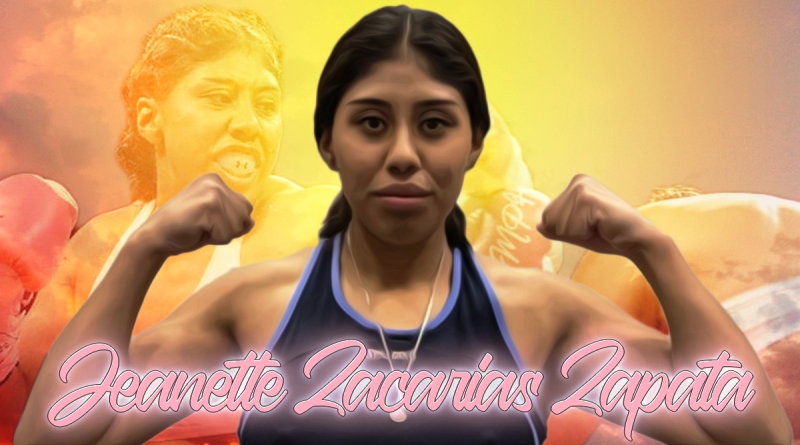 The boxing world is in mourning after 18-year-old Jeanette Zacarias Zapata (2-4) was pronounced dead at 3:45pm local time this past Thursday because of injuries suffered in her last fight against local Marie Pier Houle (4-0-1, 2KO) last weekend.  The event in which the fight was held was presented by promotor Group Yvon Michel at the IGA Stadium in Montreal, Canada, and broadcast live in the United States by Fite TV.

The night was headlined by Canada’s Kim Clavel capturing the vacant WBC Silver light flyweight title with a unanimous decision over Maria Soledad Vargas of Mexico.

The fight marked the first time Zacarias Zapata fought outside her native Mexico.

Scheduled for six rounds in the welterweight division, Zacarias Zapata of Aguascalientes, Mexico, was not able to continue after the bell to end the fourth.  Seconds before she received blows to the head including a devastating right hand to the side of the head by Houle.  After apparently a short conversation with referee Albert Padulo Jr, the fight was waved off and Zacarias Zapata crumbled in her chief second’s arms as medical staff rushed into the ring.

Zacarias Zapata was rushed to local hospital Sacre-Coeur-de-Montreal accompanied by her husband, fellow boxer Jovanni Martinez who also fought on the card, and was in critical but stable condition since Saturday night in a medically induced coma.

The news of her tragic death has traveled around the world with many in and outside the boxing world looking for whom to blame.  A devastated Houle in a social media post stated she never intended for this tragedy to happen.

Zacarias Zapata made her pro debut in early 2018 at only 15 years of age scoring a four round unanimous decision over Fernanda Camarillo in her hometown.  She suffered her first loss in her next fight three months later dropping a decision to Heidy Martinez.  She fought two more times that year winning one and losing the second, a third-round stoppage to world-classified Alma Ibarra.

She did not fight for the next three years, coming back earlier this year in May to be stopped by the undefeated Cynthia Lozano in the last round of six scheduled.  Her fight against Houle was her second of the year.

“For anybody seeing from the outside, a minute is short but for a boxer during a fight, a minute can be eternal,” Esteban Zacarias Zavala, Jeanette’s father, stated in an interview with a local TV network.  “We trained for this fight for the better part of three months.  She was prepared.  She was checked by the doctor of the local commission of Aguascalientes.”

Her father, who trained Zacarias Zapata, watched the fight via internet since he did not have a visa to enter Canada.  In a joint effort between the governments of Mexico and Canada, her father will be able to transport her remains to Aguascalientes.