So Cal Fight Card on Thursday and More Female Fight News
Written by: David A. Avila 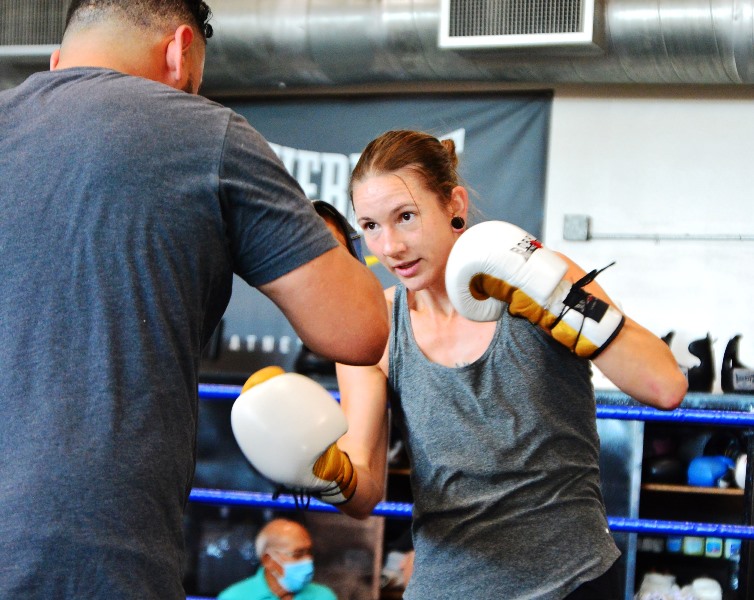 A quickly pieced-together super middleweight battle for undisputed status fell apart due to visa entanglements. Perhaps it’s for the better.

WBC and WBO super middleweight titlist Franchon Crews-Dezurn was ready to clash with IBF and WBA titlist Elin Cederroos but the Swedish fighter could not obtain her visa in time.

So, their meeting quickly scheduled for Tuesday Sept. 14, will not happen on the TrillerZ boxing card in Hollywood, Florida, said Golden Boy Promotions who promotes Crews-Dezurn.

It will be rescheduled.

Crews-Dezurn and Cederroos will definitely happen especially when both have agreed months ago. The pandemic has wrecked a lot of matchups and this has been one of the casualties twice already.

What seems certain to transpire will be two undefeated lightweights meeting on a 360 Promotions boxing card on Thursday Sept. 16, at the Quiet Cannon Golf Course in Montebello, California. UFC Fight Pass will stream the card.

Anderson fights out of Orange County, California and stands at 5’feet, 9 inches in height and was not hesitant about facing another undefeated prospect.

Austrian native White fights out of Los Angeles and despite only five pro fights has developed a solid reputation. This is her third fight on a 360 Promotions card which is led by veteran boxing manager/promoter Tom Loeffler.

Loeffler has been a long-time proponent of women’s prizefighting and brought fighters like Laila Ali, Luci Rijker, to major cards in Los Angeles. He also works with Cecilia Braekhus who is currently training in the city of Angels. And of course, Loeffler works with Gennady “GGG” Golovkin and others.

With several decades of experience in the boxing business, Loeffler has a keen eye on talent and marketing.

As an added addition to the Thursday boxing card called “Hollywood Fight Night,” amateur standouts Chantel Navarro, a six-time national champion and Daniela Rojas will be engaging in a fight for a regional amateur title to start the show in Montebello. Doors open at 4:30 p.m.

For tickets or information go to 360 Promotions on Instagram or to this web site link: https://hollywoodfightnights.festivalsetup.com/

Apparently a deal to stage a match between Mexico’s two most successful fighters in Mariana “Barby” Juarez and Jackie Nava has been mutually agreed upon. The big questions are who will show the fight? When does it happen and where?

Numerous times in the past the two Mexican icons had come close to fighting each other but deals simply fell apart. Now, female boxing in Mexico has been stagnating with television networks cutting back on showing them. It’s a sad time for women’s boxing in the country where it had been vibrant for decades.

Neither Juarez nor Nava hold a world title at the moment, but it really doesn’t matter.

Juarez is based in Mexico City and has a strong following in the U.S. and Mexico.

Nava is based in Tijuana and though not as known in the U.S. her following in Mexico is very strong.

One big question: will there be VADA testing?

Eva Voraberger (26-7) knocked out Nana Dokadze (1-10) in the second round on Friday Sept. 10. The featherweight bout took place at Klagenfurt.

Celia Sierra (8-4) won by technical knockout in the third round against Luisa Meza (0-3) on Friday Sept. 10. The welterweight bout was held at Santiago de Tolu. Also, Diana Ayala (21-14-4) knocked out Haidde Zapa (3-7) in the second round of a featherweight fight.

Yulihan Luna (22-3-1) defeated Karla Valenzuela (3-23-3) by technical knockout in the fourth round on Friday Sept. 10. The bantamweight world titlist did not have her title at stake in the match that took place at Gomez Palacio.

Mary Romero  (7-2) won by technical knockout in the eighth round over United Kingdom’s Amy Timlin (4-1-1) on Saturday Sept. 11. The EBU super bantamweight title fight was held at Barcelona.

Rhiannon Dixon (3-0) won by decision after four rounds against Karina Kopinska (14-41-4) on Sunday Sept. 12. The lightweight bout was held at Bolton.