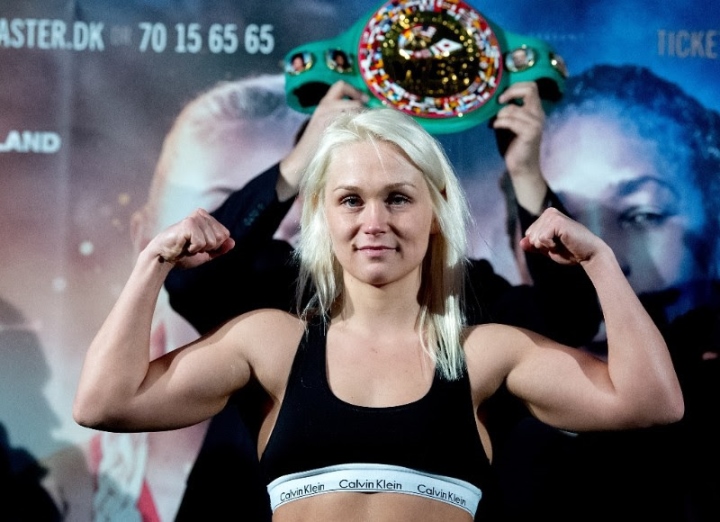 Two-division world champion Dina Thorslund of Denmark signed a contract with American-based promotion company Probellum it was announced on Tuesday.

“I’m hugely excited to take this next step in my career,” said Thorslund.
“Probellum has made a major impact in a short space of time, and I’m really looking forward to working closely alongside their talented team as I strive to achieve further success.”

Probellum recently launched its company last year and has signed a number of world champions and contenders to its ranks including Nonito Donaire, Regis Prograis and O’Shaquie Foster to its ranks. It also has co-promotional agreements with numerous promoters internationally including Universum in Germany, Maravillabox Promotions in Spain and BXSTRS Promotions in Mexico.

Richard Schaefer, president of Probellum, said “Dina’s career to date speaks for itself.”

Thorslund (17-0, 7 Kos) recently scored one of the top knockouts in 2021 with a single body shot that felled former world champion Zulina Munoz of Mexico this past August in Denmark. It was her first defense of the WBO bantamweight world title. She had dropped down a weight division after winning the WBO super bantamweight division.

“An undefeated two-weight world champion with a massive future ahead of her,” said Schaefer.