Naoko Fujioka vs Marlen Esparza at Alamodome and More News
Written by: David A. Avila 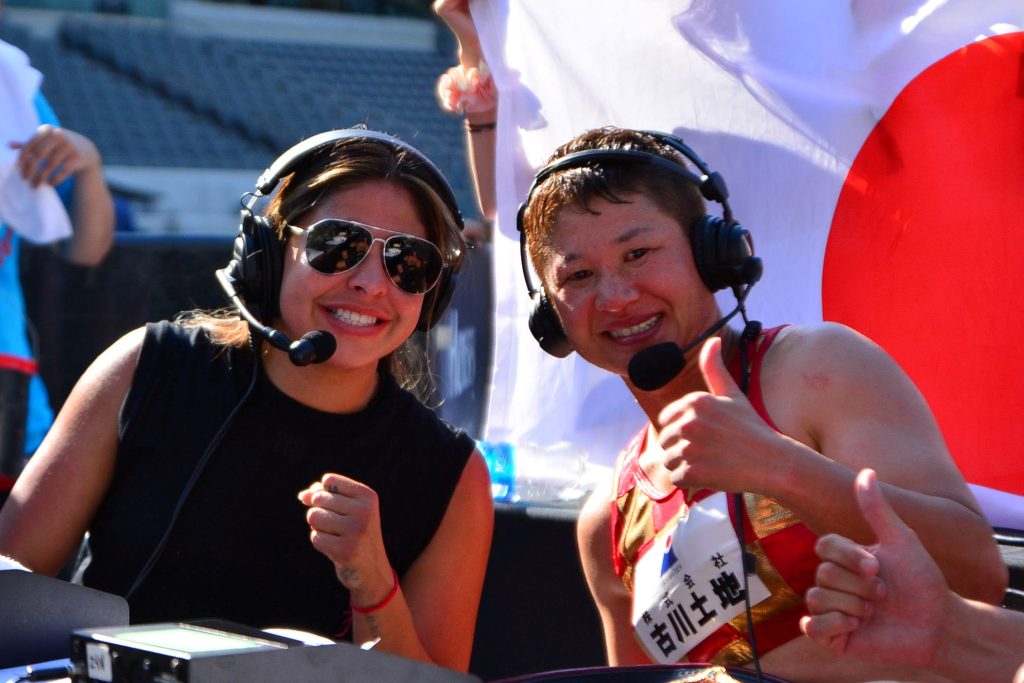 Three up and three down.

The biggest of all the world title fights takes place in a place known as the Alamodome in San Antonio, Texas.

It’s an historic occasion. No female flyweight has ever been anointed Ring champion before in the flyweight division.

Fujioka, 46, last fought in July when she defeated Sulem Urbina in Los Angeles, California. It was her first time fighting in America and had been her dream since boxing professionally. She has captured world titles in the minimumweight, light flyweight, flyweight, super flyweight and bantamweight divisions.

“I’m pretty sure I would not be here if I had lost my belt in the last fight,” said Fujioka, who now seeks to add the WBC and Ring belts. “And now I’m sure that I can be a bigger name if I win this time. I’m greedy to go further.”

Esparza, 32, was last seen handily defeating former champion Anabel Ortiz of Mexico in her first defense of the WBC flyweight title this past December. She was hoping and expecting a chance to meet Fujioka in this unification fight. She was in attendance last July for the Japanese fighter’s clash with Urbina.

One thing common between Esparza and Fujioka, they don’t turn down fights regardless of the competition or location.

Esparza has grown up watching boxing and has been putting on the gloves since she was a little girl. There’s no fear in her game. You need that kind of mentality to be a world champion.

Fujioka was a late bloomer who was always athletic. She played softball in Japan for ten years. But she saw that women were boxing professionally and took a stab at it at age 34. It turned out she was pretty good and last year was given the title Japan’s best female fighter again. It was the sixth time Fujioka was awarded that title by the Japanese Boxing Writers.

The plucky Japanese champion was a self-taught fighter who picked up strategies and skills along the way to collecting her first world title against Anabel Ortiz. She stopped her in the eighth round to win the WBC minimumweight world title in 2011. She jumped up to super flyweight and took the WBA title from Naoko Yamaguchi in 2013. Then she moved up again and defeated Hee Jung Yuh for the WBO bantamweight title in 2015 after beating Mexico’s Mariana “Barby” Juarez in Mexico City that same year. In 2017, she moved back down and beat Mexico’s Isabel Millan for the WBA flyweight title. In her very next fight, she handed Costa Rica’s Yokasta Valle her first loss and took the WBO light flyweight title.

In the past three years she worked with American-based trainer Ben Lira who works with Jojo Diaz and formerly worked with Gennady “GGG” Golovkin during his reign of terror. Fujioka has added new techniques to her game that includes one of the best engines in sports.

“She doesn’t get tired,” said Yuriko Miyata, a well-known Japanese journalist. “That is Naoko’s strength.”

Esparza and Fujioka have been eyeing this unification fight since they first met face to face at the Banc of California Stadium last July. The 2012 Olympic Bronze medalist was doing the fight commentary and had a chance to speak with Fujioka after her win. They agreed to fight each other if given the opportunity.

That time is now.

What is intriguing about this match is that both fighters were reared in the USA Boxing program and now face each other as professionals.

Mayer was a 2016 Rio Olympic participant and might have been the victim of the Russian cheating scandal that took place during those Olympic Games. Undeterred, Mayer has blazed a trail of victims in her professional pursuit of becoming one of the best fighters in the world. Last November, she unified the super featherweight division in a blazing battle against France’s Maiva Hamadouche that was the 2021 Fight of the Year.

This is Mayer’s first return to her native Southern California roots since 2018 and she will be joined on the boxing card with her friend and fellow Olympian Ginny Fuchs who is making her professional debut.

Han, 38, was last seen trading blows with undisputed lightweight world champion Katie Taylor in a losing cause that took place in September. No shame in that. Now the fighter from El Paso, Texas has her sights set on Mayer and this could be her last chance to reclaim a world title. It’s going to be very tough. But she’s learned plenty during her lifelong involvement in boxing and though she lost every round in her fight against Taylor, every round was competitive.

One thing is certain, fans and friends of Mayer can finally see her in person perform. She’s greatly improved and has become an even better prizefighter.

Thorslund dropped down a weight division when she saw the bulk of attention being heaped on the 118-pounders in the United Kingdom. She didn’t skip a beat in defeating two tough Mexican fighters back-to-back to win an defend the WBO title against Jasseth Noriega and Zulina Munoz.

Now the Danish fighter faces Venezuela’s hard-hitting Carreno who hasn’t had much luck fighting outside of her native country. But when you have a 90 percent knockout rate that means you always have a puncher’s chance to win.

Thorslund recently signed with Probellum and that should open doors to fights in the USA or Mexico.

Mercado was last seen absorbing brutal punches from the powerful fists of Amanda Serrano in August 2021. For 10 rounds she was rocked and socked by the seven-division world champion, but she survived.

The super bantamweight champion had an easier time against Isis Vargas and walked away with a unanimous decision victory after 10 rounds in Chihuahua, Mexico.

Meanwhile, in Puebla, Mexico, WBC bantamweight titlist Luna was in a firefight with Mayeli Flores that saw the champion emerge with the victory. It wasn’t easy but Luna could find herself in a unification match with the other bantamweight world titlists such as WBO’s Thorslund, IBF’s Ebanie Bridges or WBC titlist Jamie Mitchell. Any of those would be a major clash.

Last week Savannah Marshall completed her part of the mission and knocked out Femke Hermans to retain the WBO middleweight title and now is free to meet Claressa Shields in a battle for undisputed middleweight status. It’s a normal thing for Shields who has accomplished the feat twice already at middleweight and super welterweight. But it’s Marshall’s first time entering undisputed domain.

Will it be too much pressure for the tall bomber?

Fighting immobile contenders is one thing, fighting an agile speedy technician like Shields will pose far different problems. But, as they say in the boxing game, it only takes one punch.

Michaela Kotaskova (1-0) beat Katarina Vistica (1-20) by decision after four rounds on Saturday April 2. The welterweight bout was held in Vienna.

Yohana Sarabia (8-0) beat Keren Batiz (7-4-1) by unanimous decision after six rounds on Saturday April 2. The featherweight contest was held in Barranquilla. Also, Maria Jose Ramos (2-0) knocked out Lira Huyke (3-3-1) in the third round of a featherweight match.

Sarah Liegmann (3-0) knocked out Ladislava Holubova (0-6) in the first round on Saturday April 2. The super bantamweight bout was held at Nordrhein-Westfalen.

Makoto Kikuchi (1-1) knocked out Ai Sugimoto (3-3) in the fifth round on Monday March 28. The super bantamweight fight was held at Tokyo.

Ioana Fecioru (1-0) beat Kalina Nikolova (0-4) by knockout in the first round on Saturday April 2. The lightweight bout was held at Valencia.

Summer Lynn (7-0) won by unanimous decision after six rounds versus Jaica Pavilus (2-5-1) on Saturday April 2. The welterweight fight was held in Pomona, California.

Danielle Bennett (4-1) knocked out Brittany Dukes (0-1) in the first round on Saturday April 2. The featherweight bout took place at Topeka, Kansas.