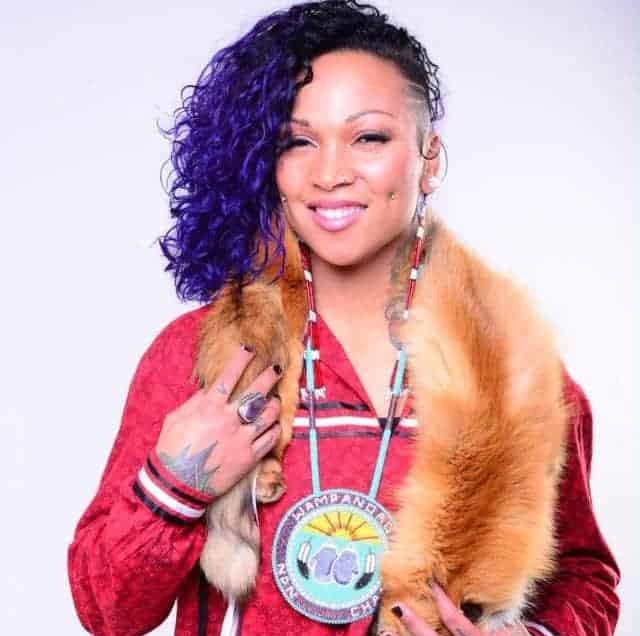 “Everybody is kind of in shock,” said Reis. “I’m excited for the opportunity.”

Reis, the current WBA, WBO and IBO junior welterweight titlist, will be acting alongside Jodie Foster in the fourth installment of the series. Filming will take place in Iceland.

Last year Reis was recognized for her work in the movie “Catch the Fair One” that received award recognition from various film festivals. It perhaps led to producers taking notice of her acting abilities.

“It just kind of came to me at the right time. It just manifested,” Reis said, who is married to promoter and trainer Brian Cohen.

Award winning actress Foster will also be executive producing the project and plays one of two leading roles. Reis plays the other lead role, but the filming dates have not yet been disclosed.

Reis said her boxing life will continue. She was tentatively going to meet Chantelle Cameron to unify the junior welterweight division to attain undisputed status.

“I’m still doing my thing on both and keeping my journey slow and steady,” said the world champion. “My phone has been ringing nonstop.”

What a tremendous achievement. Congratulations and continued success to Reis.

“I’m the first actress and unified world champion at the same time. You can put that in your story,” said Reis via phone. “Making major news.”

One of boxing’s top pound for pound fighters Jessica McCaskill hammered out a victory over welterweight contender Alma Ibarra and immediately announced plans to drop down.

We saw Claressa Shields do it and we saw Gervonta “Tank” Davis do it for the men.

If you go back in history, the great Henry Armstrong once held three division titles simultaneously when there were only eight weight divisions in the 1930s. “Homicide Hank” held the featherweight, lightweight and welterweight titles at the same time when he beat Lou Ambers in August 1938. Then lost the rematch a year later.

Armstrong held on to the welterweight title numerous fights more until 1940 when he was out-pointed by Fritzie Zivic after 15 rounds in Madison Square Garden.

I mention Armstrong because McCaskill has a similar type of style with her bob and weave and full-on assault. That was Armstrong though not exactly. But similar. The great Armstrong fought 180 times in the prize ring as a featherweight, lightweight, welterweight and even tried middleweight.

Trained by Rick Ramos in Chicago, the McCaskill train seems intent on looking for the big fights only. And why not? There are only so many bullets in the chamber.

Argentina saw an exchange of titles when Celeste “Chucky” Alaniz (13-0, 5 Kos) knocked out Tamara Demarco (10-5) for the WBO flyweight world title 10 days ago.

“We’ve been working for 10 years, fighting, and without excuses,” said Alaniz who finally got her shot. “We do not avoid anyone. We are going for much more.”

The flyweight from Merlo, Buenos Aires finally got her chance and did not stumble in dropped Demarco twice in the first round. From that point on Alaniz was in command when the champion’s corner ended the title fight in the seventh round.

It was Demarco’s first defense of the title she had won by technical decision against Debora Anahi Lopez after a clash of heads. Lopez was unable to continue and the cards favored Demarco who walked away with the title.

Now Alaniz holds the WBO title and wants more. Marlen Esparza holds the WBC and WBA versions. Another Argentina, Leonela Yudica holds the IBF version and was set to defend against Mexico’s Arely Mucino but was felled by injury.

Gomez, 26, has held the WBC version since September 2018 when she defeated Esmeralda Moreno in a rematch. Since then she fought contenders while never fighting the number one ranked Kenia Enriquez. Gomez team also declined offers to face Seniesa Estrada.

Clavel, 31, poses the most skilled and athletically gifted fighter that Gomez has ever faced. Plus, they will be fighting in Clavel’s hometown.

It’s a big hurdle for Gomez who has fought only soft touches since gaining the title. Clavel has been undefeated and has a victory over Tamara Demarco who held the IBF title for a couple of nights.

Do not get confused. Amanda Serrano and Seniesa Estrada are not fighting each other. Although that would be spectacular. There is a huge size difference.

Both pound for pound fighters have competing fights on the same day on August 6. Serrano faces Argentina’s Brenda Carabajal in defense of the WBO, WBC and IBO featherweight titles at Madison Square Garden. Showtime will televise.

Serrano returns to the site of her greatest performance that saw her and Katie Taylor sell out the famous arena in an historic challenge for the lightweight world championship. Both fighters poured their heart out and the world took notice.

Estrada last fought in December when she obliterated the challenge of Guatemala’s Maria Santizo by knockout in the fourth round.

Serrano and Estrada will be challenging for worldwide audiences. It’s come down to women versus women in ratings. That’s a good thing. Not too long ago it was unheard of to see women televised on boxing cards.

Mary Spencer (6-0) knocked out former world champion Chris Namus (25-8) in the first round on Thursday June 23. The super welterweight fight was held at Montreal.

Marine Beauchamp (3-0) won by technical knockout over Milica Stojisin (0-2) in the third round on Friday June 24. The super welterweight fight was held at Var.

Laura Grzyb (7-0) defeated Martine Vallieres (5-1) by decision after eight rounds on Friday June 24. The featherweight fight was held at Kielce.

Rolen Mulebo (2-0) defeated Lillian Molala (2-12-2) by decision after four rounds on Sunday June 26. The cruiserweight fight was held in Limpopo.

Kariss Artingstall (1-0) defeated Vaida Masiokate (2-17-5) by decision after six rounds on Saturday June 25. The featherweight fight was held in Coventry.

Jessica McCaskill (12-2) won by technical knockout in the third round over Mexico’s Alma Ibarra (10-2) on Saturday June 25. The welterweight world championship fight was held in San Antonio, Texas.