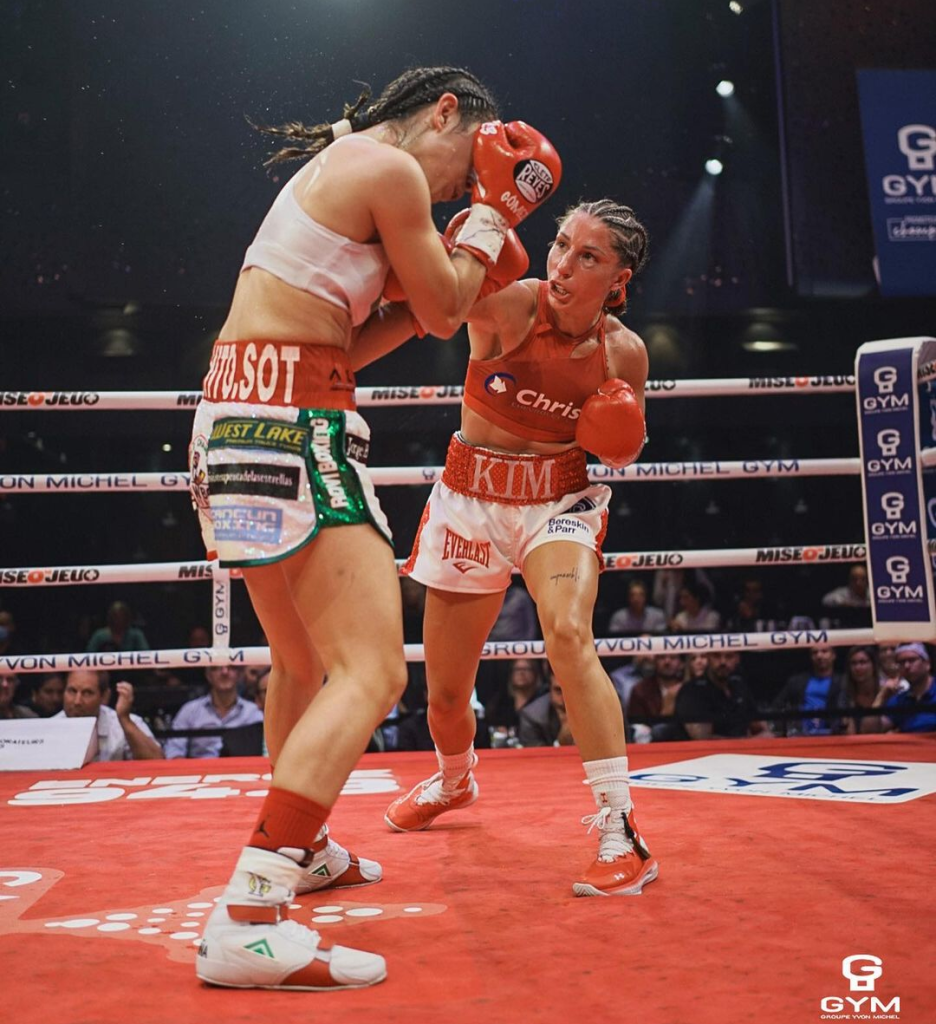 “July 29th 2022 will remain an important moment in my career,” Clavel said after winning. “After several years of work, I finally achieved a first goal to become light flyweight world champion.”

Despite a four-inch height disadvantage, Clavel (16-0, 3 Kos) rocketed past Mexico’s Gomez (19-6-3, 6 Kos) to wrest away the light flyweight title with a blend of speed and defense before a packed crowd at the Montreal Casino.

After numerous postponements and changes due to the ongoing pandemic and other problems popping up, Clavel and Gomez finally met in the prize ring. It was a match many had anticipated would be scrappy. It was.

Gomez, 26, had not defended the title in two years. She had first won the WBC version back in September 2018 when she defeated Esmeralda Moreno in their rematch. Since that win she defended it four times all in Mexico.

Clavel, 31, first burst on the international scene when she fought in the Bubble during the first year of the coronavirus pandemic in Las Vegas, Nevada. She soundly defeated then undefeated Natalie Gonzalez and firmly put her name on the radar of the women’s boxing world. Next, she traveled to Mexico and defeated Barbara Martinez in Cuernavaca.

Those who saw Clavel perform in Las Vegas, expected her to be formidable against Gomez. On Friday evening fans understood why.

The Canadian fighter showed off her quickness and speed against the taller Gomez with both exchanging blows immediately in the opening round. Though it seemed to be on even terms Clavel closed off the round with a big blow that snapped Gomez head back.

Though Gomez was the experienced champion and had the physical advantages of height and reach, fighting outside of the comfortable confines of her native Mexico could have proved a big disadvantage. It wasn’t.

Both Gomez and Clavel gladly exchanged combinations with the Mexican fighter usually firing more than three blows at a time. That proved to be costly as Clavel took advantage almost every time they exchanged and made Gomez pay by connecting with big shots as soon as the Mexican fighter’s hands were down.

Clavel soon began to figure out the firing order of Gomez’s blows and slipped more and more big shots by the taller Mexican fighter.

Gomez had a good round in the third, but Clavel’s defense separated them when it came to scoring rounds. Slip and counter became the pattern round after round. Though each round was competitive, Clavel would land the bigger blow to win most of the rounds.

After 10 rounds all three judges scored it 99-91 twice and 100-90 for Clavel who becomes the WBC light flyweight titlist.

“Despite the difference on the score cards, it was a hard fight,” Clavel said.

She’s the first non-Mexican to hold the title since March 2013 when Japan’s Naoko Shibata held it.

“Can’t wait for the future, but for now I just want to savor and enjoy the moment,” the new champion said.