Female Boxing Dominates This Week
Written by: David A. Avila 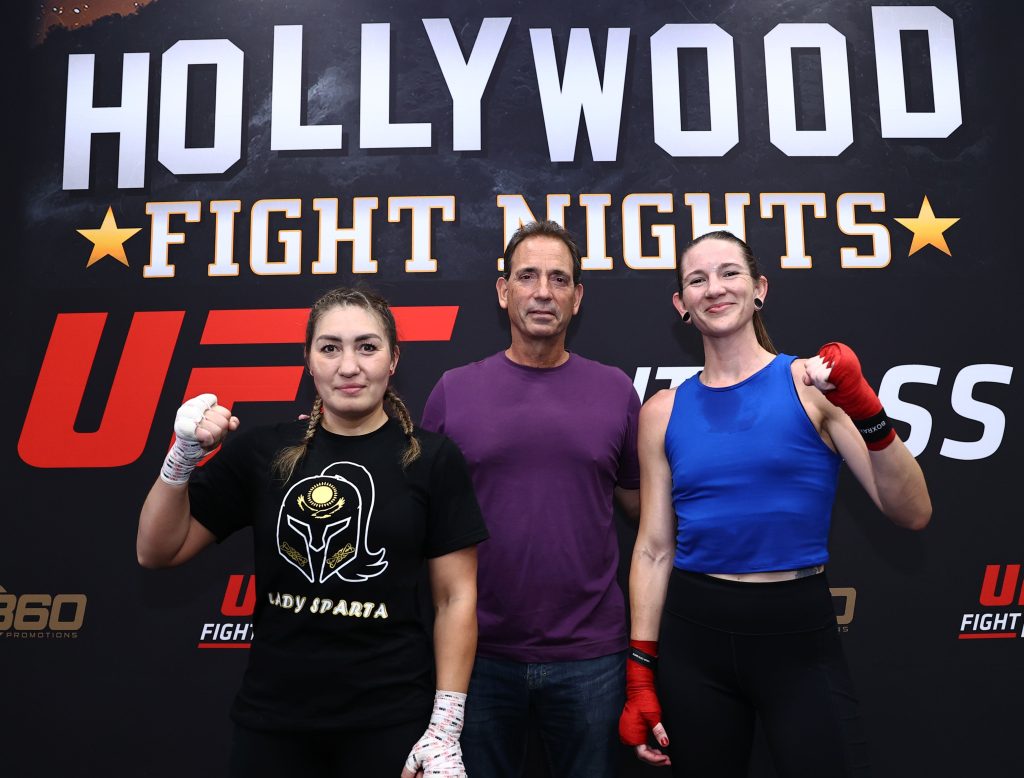 Back in 2015, when we first published this boxing web site dedicated to women’s prizefighting, news was scarce.

Women’s boxing has made tremendous leaps into newsworthiness. Even a canceled fight between million-dollar fighter Amanda Serrano’s and Argentina’s Brenda Carabajal does not leave a void in news as it would have seven years ago.

A ton of news on female boxing remains, including a new world champion from Canada and a slew of fights in Southern California and United Kingdom remain that have fans of the sport waiting anxiously.

Canada’s Kim Clavel lured Mexico’s Yesenia Gomez to bring her WBC light flyweight title to Montreal and then out-battled the champion since September 2018 to win by unanimous decision.

“Much credit to Yesenia Gomez for her courage, strength and determination,” said Clavel about her foe accepting the challenge.

Clavel becomes the first non-Mexican fighter to hold the WBC title since 2013 when Japan’s Naoko Shibata was champion. After that, the green and gold belt was simply exchanged between Mexican fighters like a birthright. Their nine-year stranglehold on the title has been snapped.

The main event features hard-hitting Chelsey Anderson (5-0, 2 Kos) who has true knockout power and size as a lightweight. But at 31 years old there is no time to develop her slowly. Her opponent Aida Satybaldinova (6-2-1) has a similar situation at 35 years old. Both need to fight whoever is placed in front of them and go for it.

Satybaldinova hails from Kazakhstan but has lived and trained in Southern California for the past several years. She learned quickly to adapt the pro style and has strength and determination.

Anderson has raw ability and trains in Orange County under the guidance of boxing and MMA veteran Erin Toughill. Despite being tossed in against solid opposition, she has prevailed in crowd-pleasing fights that have made her a main event fighter. That’s not easy to do.

Promoter Tom Loeffler has always been a proponent of women’s boxing and didn’t stop with one female fight. He added a second.

Super featherweights Elvina White (5-1, 2 Kos) and Jessica Juarez (3-2) will tangle in a battle between fighters who lost to Chelsey Anderson. Both are talented fighters with big fan bases because of their exciting boxing abilities.

Urbina lost a close battle to five-division world champion Naoko Fujioka of Japan a year ago. She also lost to current champion Marlen Esparza, but that’s it. She’s the main event for Elite Promotions on a strong card on Saturday.

In Texas, WBA and WBC flyweight world titlist Marlen Esparza (12-1) defends her titles against Venezuela’s Eva Guzman (19-1-1) on Saturday Aug. 6, at Dickies Arena in Fort Worth, Texas. DAZN will stream the fight on the Golden Boy Promotions card.

Esparza seeks to retain her world titles against a very tough Guzman. A victory could set up a future showdown against Mexico’s Arely Mucino perhaps before the end of the year.

A big rematch takes place in England on Saturday as Argentina’s Erica Farias (27-5) clashes against Sandy Ryan (3-1) in a super lightweight clash in Sheffield, England.

The last time they met Farias proved that experience can mean a lot even against talent like Ryan’s and won by split decision in Nottingham. It was a valuable lesson learned.

Farias had lost three consecutive fights but all were against legitimate world champions in Mikaela Mayer and twice to Jessica McCaskill. Ryan was not ready for someone like Farias and still may not be ready.

Ryan has a big height advantage and ruggedness you can’t teach, but Farias is a former lightweight and super lightweight world champion. The big question is can Ryan improve that much in five months. She has the physical assets.

Many were saddened to hear that Amanda Serrano’s return to Madison Square Garden this Saturday Aug. 6, to fight Argentina’s Brenda Carabajal will not take place. The entire card was canceled because the co-main event featuring Jake Paul and Hasim Rahman Jr. fell off.

Serrano will have to wait. More importantly, fans of the seven-division world champion will have to wait to see her back in the prize ring. Her clash against Katie Taylor at Madison Square Garden still has people talking about it. What a fight.

Maria Ines Ferreyra (3-0) knocked out Lucrecia Manzur (5-1) in the fifth round on Friday July 29. The lightweight match was held in San Miguel.

Cheyenne Hanson (12-2) knocked out Diana Kulinova (4-3) in the first round on Saturday July 30. The featherweight fight was held at Konigsbrunn. Also, Sara Koops (1-0) knocked out Orsolya Moldovan (0-1) in the second round of a welterweight bout.

Atomweights Fabiana Bytyqi (19-0-2) and Mexico’s Elizabeth Lopez (10-4-5) fought to a draw after 10 rounds on Friday July 29. The WBC atomweight world title fight was held at Ferizaj.

Eveling Ortega (3-4) defeated Yovanella Sosa (0-6) by knockout in the first round on Friday July 29. The flyweight match was held at Managua.

Anisha Basheel (10-8) beat Kholosa Ndobayini (15-11) by technical knockout in the fifth round on Thursday July 28. The lightweight bout took place at Johannesburg.

Caroline Dubois (3-0) won by technical knockout of Happy Daudi (11-11-1) in the third round on Saturday July 30. The lightweight fight took place at Bournemouth, England.

Lisa Whiteside (4-0) beat Jasmina Nad (11-25-5) by decision after six rounds on Saturday July 30. The featherweight bout was held at Newcastle, England. Also, Jordan Barker (5-1) won by knockout over Bec Connolly (3-15) in the fifth round of a super lightweight fight.

On Saturday Aug. 6, flyweights Marlen Esparza (12-1) and Eva Guzman (19-1-1) meet 10 rounds for the WBA and WBC flyweight world titles at Fort Worth, Texas. DAZN will stream the fight.

Casey Morton (11-3-3) knocked out Wassana Kamdee (5-7) in the second round on Saturday July 30. The bantamweight bout was held at Vung Tau.