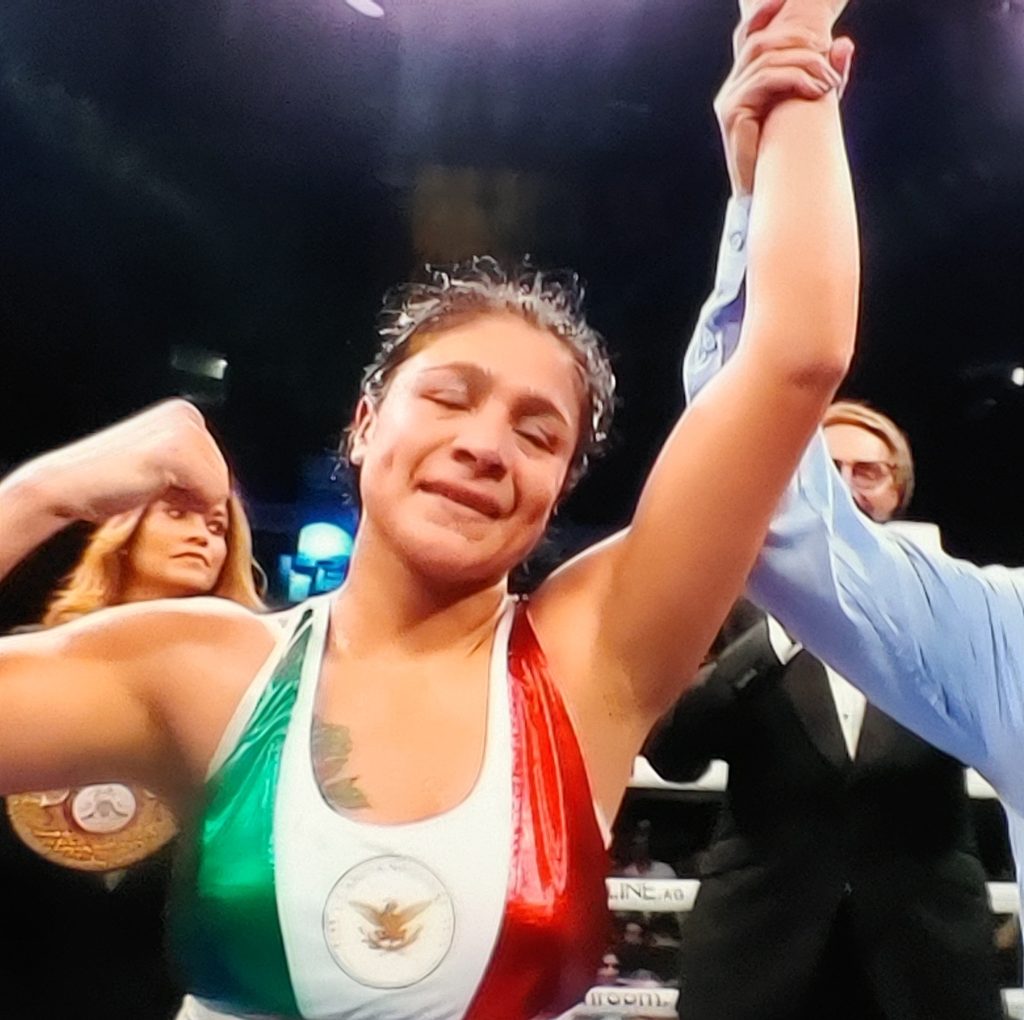 Mexico’s Erika Cruz proved to former champion Jelena Mrdjenovich that her first win over the Canadian was not a fluke in decisively retaining the WBA featherweight world title on Saturday.

“I wanted to prove when I became a champion it was not a fluke,” Cruz said.

Mexico’s City’s southpaw Cruz (15-1) looked even sharper in handing another loss to the taller Mrdjenovich (41-12-2) in their rematch at Hermosillo, Mexico. Just as she did 17 months ago when they first met at West Point, New York.

It was Cruz’s second defense of the world title since taking the title away from the veteran Mrdjenovich back in April 2021. She had defended against fellow Mexican Melissa Esquivel last November and won by split decision.

During their first encounter Mrdjenovich said she was under mental duress because of her fatally ill trainer. And that it caused her to lose concentration and focus when they first fought. The Canadian suffered a gash on her face due to an accidental clash of heads and lost by technical decision after seven rounds.

In this fight they fought the entire 10 rounds.

Cruz bored in more confident than their first fight and quickly established a similar pattern of beginning and ending the action. Mrdjenovich fired one-two combinations and looked to hold whenever Cruz came too close.

Every round from the first round on was practically a cookie-cutter pattern until the end.

Cruz often connected to the body with the long left cross and finished with a right hook to the head. It took Mrdjenovich rounds to figure it out.

In the second half of the fight Cruz began connecting with lead lefts to the head that snapped Mrdjenovich’s head back. The Canadian never could seem to rally and wasted an average of 30 seconds every round by clinching. That’s a horrible habit when most female title fights are two-minute rounds.

Mrdjenovich attempted to apply roughhouse tactics, but nothing seemed to work. Her best round came in the sixth round when she connected with two hard rights.

Still, Cruz stayed in control and avoided absorbing too many rights from the Canadian fighter who looked to set up the right-hand bomb. It never connected flush.

“I’m very happy with the results I wanted to show I could beat Jelena with my skills,” said Cruz.

At 40 years old, it may be over for Mrdjenovich who has been one of her country’s iconic champions.

For Cruz, she may be headed for a showdown with the great Amanda Serrano who holds the WBC and WBO featherweight titles. But first she has an immediate goal.

“At this moment I’m going to be facing Nina Meinke,” said Cruz. “but this win is for all of Mexico and my team.

Should Cruz beat Meinke, an almost certain showdown looms with the winner of the Serrano and Sarah Mahfoud title fight that takes place later this month.

“If I win I will be able to call the winner of the Serrano-Mahfoud fight,” said Cruz.