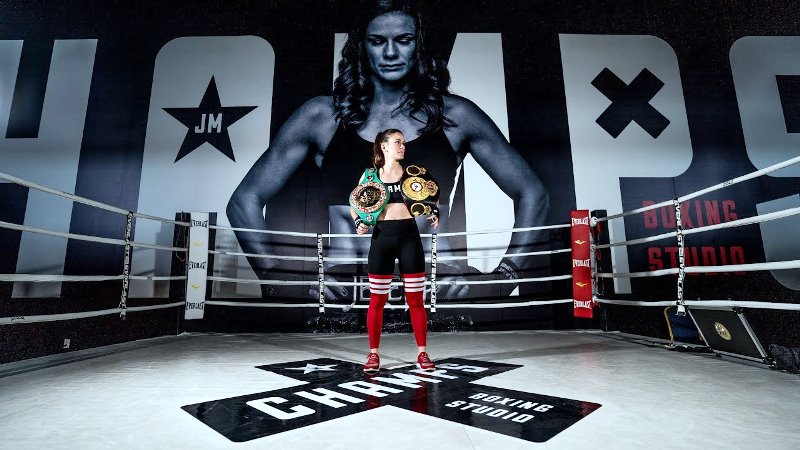 Featherweights and super featherweight collide for world titles this week.

Mrdjenovich, 38, has long been one of the best fighters in the world but has been inactive for many months for undisclosed reasons. But the return of Mrdjenovich will be of interest to many.

For several years Mrdjenovich was among the top female fighters pound for pound. She was among the last to defeat Layla McCarter back in 2005. And also has a win over Melissa Hernandez. Those are two extremely talented fighters that don’t get credit for their skills.

Torres, 31, lives in San Antonio, Texas and has never been stopped. But she has yet to beat a world champion after two prior attempts. Will the third time be the charm?

One world champion who was originally slated to be on this same boxing card was Amanda Serrano, the seven-division world titlist. When an opponent was unable to be secured for Los Angeles, her fight was moved to the Caribbean.

Serrano (38-1-1) will now be fighting against Dahiana Santana (36-12) on Wednesday in the Dominican Republic. This is a rematch. Both fought each other years ago with Serrano stopping Santana at Madison Square Garden back in 2017.

For years Serrano has itched for a fight with Mrdjenovich and her team had hoped to be on the same card to generate interest. It just wasn’t to be.

IBF super featherweight titlist Maiva Hamadouche (21-1) and Nina Pavlovic (6-3-1) meet in a 10 round bout for the IBF world title in Milan, Italy on Thursday Dec. 17. It’s not clear if DAZN will stream the fight.

Hamadouche signed with Matchroom Boxing and is one of three super featherweight world titlists connected to the British promotion company. The others are Terri Harper and Hyun Mi Choi.

The French fighter will be facing a meager threat in young 23-year-old Pavlovic but anything can happen in boxing.

WBA super featherweight titlist Hyun Mi Choi (17-0-1) and Calista Silgado (19-11-3) meet on Friday Dec. 18, at Hollywood, Florida. DAZN will stream the world title clash. It’s the first time for anyone outside of South Korea to see Choi in action.

Choi is originally from North Korea but now fights out of South Korea and was signed by Matchroom. She faces Salgado who has 14 knockout wins and battled against Cindy Serrano, Amanda Serrano, Jennifer Han and Mikaela Mayer in losing causes. She has a puncher’s chance.

If Choi wins and Hamadouche wins the question will be who fights Harper?

An exchange of world titles took place this past weekend.

Juarez, 32, had toiled in the flyweight division as a top contender for years but was unable to secure a world title fight in that division. So, when the capricious WBC organization offered a fight at a heavier weight class, Juarez took it.

I guess the WBC expected Juarez to lose.

When offered to fight Martinez the super flyweight world titlist, many predicted Juarez would lose. Five others had failed in their quest to derail the champion but those other five were not the crafty and skilled Juarez.

Using her perfection of distance and perfectly timing her attacks, Juarez was able to upend the brawling style of Martinez and walk away with a convincing win after 10 rounds in Mexico City.

After her older sister Mariana “Barbie” Juarez had lost the WBC bantamweight world title to Yuliana Luna last month, Lourdes Juarez promised one Juarez sister would be ending 2020 with a world title.

“I give thanks to each and every one of you who followed my career and believed in me,” said Juarez.

Olga Julio (33-18-2) knocked out Geraldine Perez (0-9) in the first round on Thursday Dec. 10. The super flyweight contest took place at Corozal.

Democratic Republic of the Congo

On Wednesday Dec. 16, super featherweights Amanda Serrano (38-1-1) and Dahiana Santana (36-12) meet eight rounds at Santa Domingo. This is a rematch.

Sabrina Flamand (1-1-1) defeated Helena Claveau (1-3-2) by decision after six rounds on Sunday Dec. 13. The featherweight bout was held at Bouches-du-Rhone.

Elvina White (5-0) knocked out Katarina Vistica (1-17) in the fourth round on Saturday Dec. 12. The super lightweight fight was held at Baden-Wurttemberg. Also, Alicia Holzken (6-0) beat Snezana Siljkovic (1-7-2) by decision in a flyweight match.

On Thursday Dec. 17, super featherweights Maiva Hamadouche (21-1) and Nina Pavlovic (6-3-1) meet 10 rounds for the IBF world title at Milan. This is Hamadouche sixth defense of the world title.

Tomoko Okuda (7-2-2) won by technical decision in the sixth round over Miyo Yoshida (14-2) on Sunday Dec. 13. The WBO super flyweight world title fight was held at Osaka. A cut over the eye of Yoshida forced the scheduled 10 round fight to end early with all three judges ruling in favor of hometown fighter Okuda.

Nanako Suzuki (5-2) took the win by decision after six rounds against Megumi Hosoda (3-2) on Thursday Dec. 10. The minimum weight fight was held at Tokyo.

Aza Dzherieva (3-0) knocked out Kristina Abdulina (0-2) in the first round on Thursday Dec. 10. The super bantamweight fight was held at Vladikavkaz. Also, Elena Kuzina (3-0) beat Svetlana Khautova (0-1) by decision in a light heavyweight bout.

Gabriella Mezei (11-24-5) was the winner by decision after four rounds versus Cathy McAleer (4-1) on Friday Dec. 11. The featherweight bout took place in Sheffield.

Anyela Lopez (1-1-1) and Fei Faiva (4-0-1) fought to a draw after four rounds on Saturday Dec. 12. The featherweight fight took place in Jonesboro, Georgia.