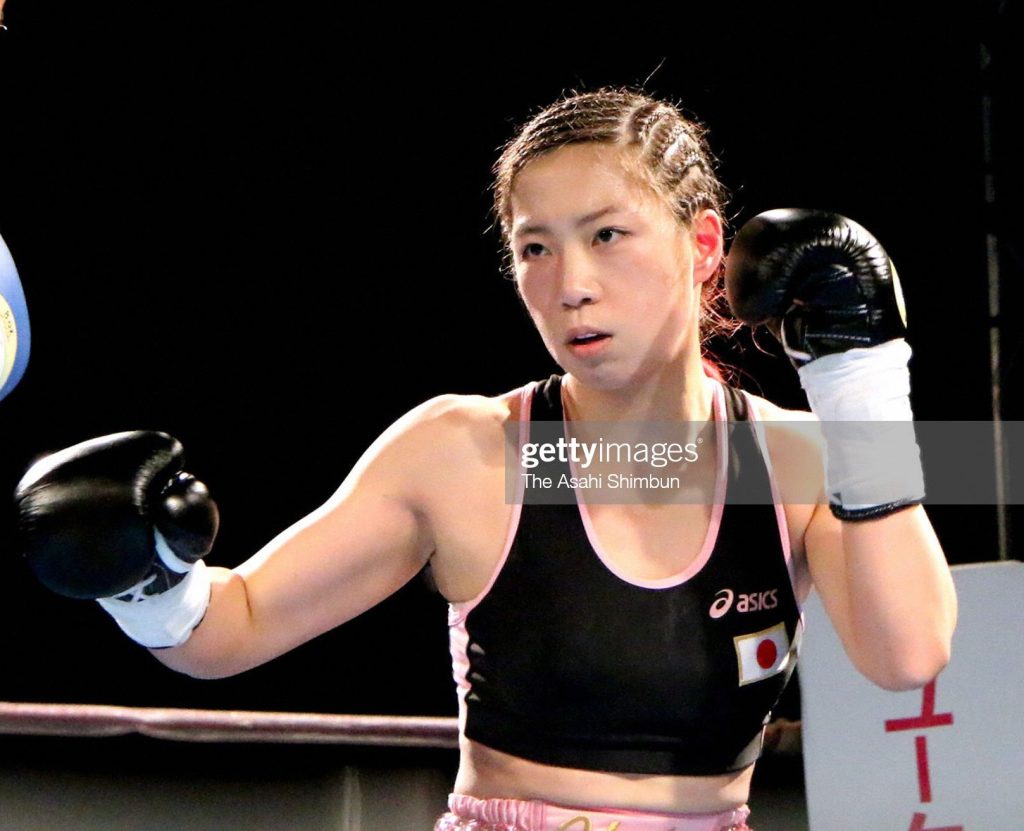 Kuroki and Iwakawa, Two New World Champs in Japan and Other Results on All-Women’s Card

Two world title fights were hosted at Korakuen Hall the 60-year-old Mecca of Japan in an even called Queen’s Quest 2022.

Since day one of female professional boxing under the JBC that started in Japan on May 9th 2008, it has been Korakuen Hall, that hosted all women’s fights including this card on Thursday Sept. 1. Shinsei Promotion, Misako Promotion and DANGAN shared the hosting duties in sponsoring the card.

Veteran southpaw Yuko Kuroki (20-7-2, 9KOs) snatched the WBO title from Nanae Suzuki (11-5-1, 1KO) by unanimous decision with scores of 97-93, 98-92, 98-92. It was a completely busy 10-round contest as Kuroki, the former WBC 105lbs champion, kept her quick hit-and-move sequences with sharp defensive skills the whole way to get rid of the desperate aggressor Suzuki, who was in her first title defense fight after winning the WBO title in the rematch with Mika Iwakawa in February this year.

“This victory makes me more emotional than when I won the first world title in 2014 as it was hard to get through those five years since I lost it in 2017”, Kuroki said with tears when she was officially called “the new” champion in the ring. Having ended her long struggle to return to the top of the world again after giving up her WBC minimumweight title to former WBC atomweight champion Momo Koseki in the end of 2017, now she called it “the start of my new chapter” and boasted her ambition “to unify belts !”

Less than an hour before the change of WBO titlists, its former holder Iwakawa (11-6-1, 3KOs) successfully returned to the throne of the IBF version by edging the much more experienced champion Ayaka Miyao (25-10-2, 6KOs).

In her comeback fight after a close loss to Suzuki seven months ago, Iwakawa used her three-inch height advantage to keep the distance and work on counter right hands against the attacks from Miyao, who was making the first defense of her title won in February.

Miyao put more pressure to get inside and make Iwakawa off-balance midway through the fight, but Iwakawa rebuilt her rhythm to land cleaner right straights and left hooks in the later rounds to be favored by all three judges with 96-94.

Although Miyao showed admirable willingness to fight other titlists before the fight, the new champion Iwakawa commented quite humbly in the post-fight quick interview; “I am very grateful for the support of people around me. I will keep working hard to defend my title as long as possible.”

Fight of the Night

While two world championship fights headlined the event, most people there agree that the “Fighter of the Day” was another atomweight Sumire Yamanaka (6-0, 2KOs), who debuted to the famous venue and demolished undefeated Honoka Kano (4-1-2, 2KOs) at 1;56 in the fifth round in their 8 round contest to win the inaugural WBO Asian Pacific title.

The short southpaw, who is the younger sister of former WBO male minimumweight champion Ryuya Yamanaka who returned after four years retirement by clearing a medical condition, stunned spectators from the very first round. She had great slick moves to get close to the 7 inches taller Kano with no problem and caught her with triple right hooks and followed with straight lefts to send the rival to the canvas. Kano survived and tried to fight back using long arms from various angles, but Yamanaka’s decisive right hook caught Kano as she threw a right straight in the fifth round. It was a superb follow-up combination by Yamanaka to drop Kano to the floor and let the referee halt the fight without counting.

In contrast to the fluent and efficient boxing skills in the fight, the 20 years young prospect has such an adorable and unsophisticated manner of speech, but she was determined to declare her big dream that she got one step closer to with that new WBO regional strap on her shoulder. “Me and my brother will be world champions at the same time. That’s our goal,” said Yamanaka.

The runner up Fighter of the Day might be another southpaw Mizuki Hiruta (3-0) who won the vacant Japanese (JBC) flyweight title in her third professional fight by unanimous decision scored 60-54 over Hinami Yanai (2-1) by all three judges. A good competition was expected between the two of undefeated athletes with sufficient amateur backgrounds, but Hiruta, who was one of the biggest rivals to the Tokyo Olympic Gold medalist Sena Irie, overwhelmed two-time national amateur champion Yanai, who was out of shape failing to make weight previous day. Not only with the flamboyant ring costumes and pink hair but constant left straights on her signature quick in-and-out steps entertained the fans and suffer Nagai nosebleed in the later rounds. “I just focused on this title today, but of course I will go for upper titles”, Hiruta said after showing off her further athleticism with a backflip in the ring.

In a fight for the vacant Oriental and Pacific atomweight title, world contender Eri Matsuda (5-1-1, 1KO) out pointed Kaori Nagai (6-5-3, 2KOs) with scores of 78-74, 79-73, 79-73 to get the belt that she previously obtained. A tall southpaw Matsuda, who missed IBF world title in two recent fights against Hanagata and Miyao, piled up clean hits with left straights and hooks, though being disturbed by Nagai’s continual aggressiveness in the final phase of the contest. “To be a world champion is my goal, it never changed even if I failed two times. I keep working hard to be there.”

The debutant Yuki Fuke with a judo background kept good pressure with heavy right hands against Moeko Okada(1-1) throughout the fight to be favored by scores of 39-37, 40-36, 40-36.