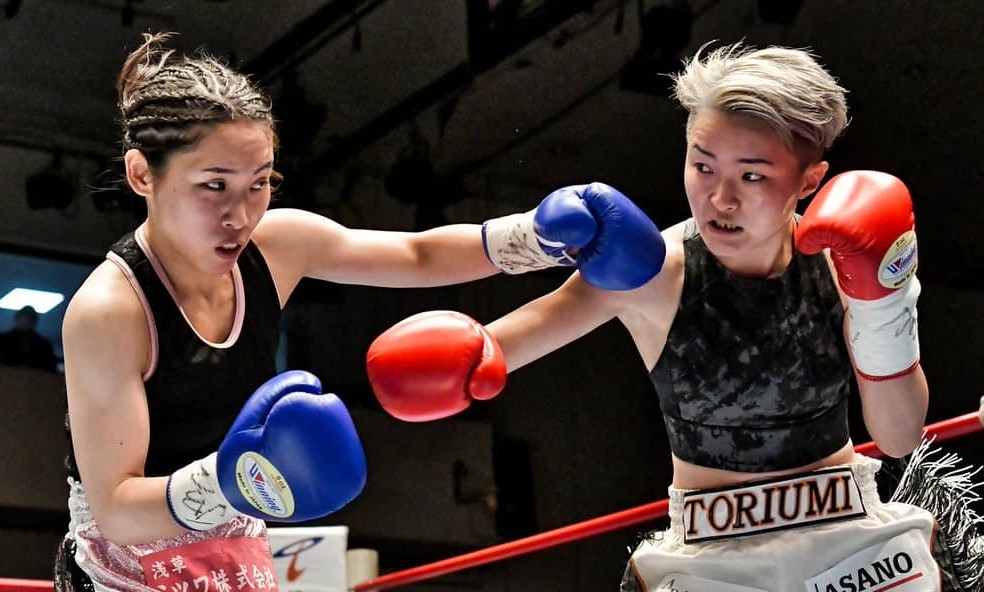 World Title Fights from Japan to England and More News

In less than two weeks the super stars of women’s boxing clash with Claressa Shields, Savannah Marshall, Mikaela Mayer and Alycia Baumgardner involved in unification bouts that will change the boxing landscape.

But before those fights, a few others taking place this week.

An all-women’s card takes place on Thursday Sept. 1, featuring many top Japanese fighters from atomweight (102 pounds) to flyweight (112 pounds) with two world title fights among them.

Japanese boxing is one of the biggest secrets in the sport. The women are furious fighters and never give an inch. The two co-main events feature WBO atomweight titlist Nanae Suzuki defending against Yuko Kuroki at Korakuen Hall in Tokyo. Also, IBF atomweight titlist Ayaka Miyao defends against Mika Iwakawa.

Several other worthy fights are taking place with many of Japan’s best fighters participating on this card.

Recently, American audiences finally got a glimpse at the quality of Japanese boxers when Naoko Fujioka the five-division world titlist and Tsunami Tenkai engaged American fighters in Los Angeles and San Antonio, Texas. Too bad this card will not be televised outside of Japan.

Cruz (14-1) uses her southpaw stance in an aggressive style and in their first encounter seemed to catch Canada’s Mrdjenovich (41-11-2) by surprise. It was a one-sided bloody affair that saw Mexico’s Cruz emerge victorious at West Point Military Academy in New York.

Mrdjenovich, 40, is a veteran and has rematches in the past that showed she can make changes and adapt to whatever is necessary. But in their first encounter she seemed much slower than in the past. Age is a major factor.

Whoever wins could possibly face the winner between featherweight queen Amanda Serrano who fights Sarah Mahfoud in Manchester, England in late September. Undisputed status at last can be attained if all remains on track.

It was a surprise to many when Jonas first moved up from 130 pounds all the way to 154-pound limit to fight then champion Chris Namus for the WBO title back in February. It was a brave move, but the Olympian was confident in her skills and proved more than capable of advancing to the heavier weight class.

Now, Jonas meets undefeated Berghult of Sweden who won the vacant WBC title when Claressa Shields vacated the division. It should be an intriguing match.

In just 11 days or less Claressa Shields and Savannah Marshall clash in a battle of middleweight champions and Alycia Baumgardner and Mikaela Mayer meet in their super featherweight war. They will be joined by at least six other female bouts on Saturday Sept. 10, in London, England. ESPN will televise for American audiences.

Don’t miss this epic boxing card. Mark it down on your calendar.

On Sept. 8, two days before the London clash, in Costa Rica, the minimumweight champions collide.

IBF bantamweight titlist Ebanie Bridges (8-1) was ordered by the IBF organization to defend against fellow Aussie Shannon O’Connell (23-6-1). No date has been set.

Bridges, 35, has erupted into worldwide recognition since signed by Matchroom Boxing. Her fights have become major attractions in the United Kingdom and are viewed worldwide. Since fighting on Matchroom cards she’s battled Shannon Courtenay, Bec Connolly, Mailys Gangloff and Maria Cecilia Roman who she beat for the title.

Carla Merino (9-2) knocked out Axel Peralta (9-4-1) in the ninth round on Friday Aug. 26. The South American super lightweight title fight was held at Oncativo.

On Saturday Sept. 3, featherweights Erika Cruz (14-1) and Jelena Mrdjenovich (41-11-2) meet 10 rounds at Hermosillo in a rematch for the WBC world title. DAZN will stream.

Nailini Helu (3-4-1) won by majority decision after eight rounds versus Tinta Smith (0-2) on Friday Aug. 26. The super middleweight fight was held in Auckland.

Nicola Hopewell (1-0) won by knockout over Claudia Ferenczi (20-97-8) in the sixth round on Friday Aug. 26. The super bantamweight match was held at Sheffield, England.

Roxana Colmenarez (4-1-1) knocked out Emilver Santamaria (0-1) in the second round on Friday Aug. 26. The light flyweight bout was held at Catia.