Female Boxing Takes Over This Week
Written by: David A. Avila 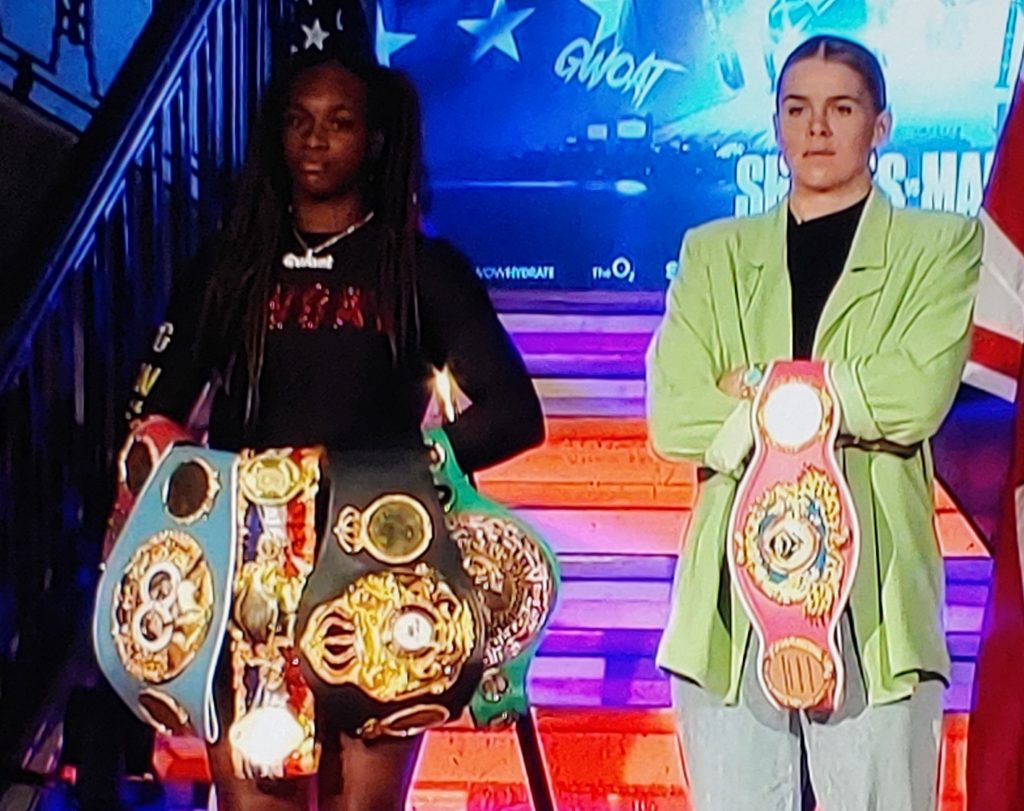 Top American fighters led by Claressa Shields take their titles, reputations and test their star power overseas in the United Kingdom while another fight card tests American promoters in Central America all this week.

The two main fights have been percolating for more than a few years.

“If you look at great American male fighters at the peak of their careers, they did not risk going overseas to fight their rivals,” said American promoter Dmitry Salita.

Costa Rica’s Valle trained in Los Angeles for this unification match with Vietnam’s Nguyen. It’s a boxing match that pits speed versus strength.

“It took 30 hours to get here. When I get back to Vietnam I’m returning with two belts,” said the taller Nguyen who seemed shorter because Valle was wearing four-inch heels at the press conference.

In the co-main event, Adelaida “La Cobra” Ruiz of Los Angeles once again meets Sonia Osorio. Their first fight ended abruptly in the second round due to a clash of heads. That boxing match was back in March 2021.

“I’m glad to be having this second fight with Adelaida Ruiz,” said Osorio.

All Women Boxing Card in London

Once again, an all-women fight card takes place and involves Shields who sponsored a similar card earlier this year. This time Shields faces amateur nemesis Savannah Marshall for undisputed middleweight status. The tall Brit is the only boxer to beat Shields in the amateurs.

For Marshall it’s a chance that amateur win was no fluke.

Shields (12-0, 2 Kos) meets Marshall (12-0, 10 Kos) for all the middleweight titles. And moreover, to avenge the only loss she’s ever known. Other factors exist such as pushing the women’s boxing agenda to high profile status. This fight card has that kind of impact.

“I fought wherever they were going to pay me and give me a lot of respect at. Now I’m big enough to fight in the UK,” said Shields during an interview with British media. “And when I walk the streets here in the UK people know who I am. I feel good about that. And that we finally got this fight done with Marshall.”

Shields is not the only female prizefighter seeking to boost the women’s game.

“I always said that I want to do everything I can so that the next generation of boxers have an opportunity to make money,” said IBF and WBO titlist Mikaela Mayer a fellow 2016 US Olympian with Shields. They remain friends.

Mayer (17-0, 5 Kos) faces a strong test with another American fighter Alycia Baumgardner (12-1, 7 Kos) for all the titles except the WBA super featherweight version. Their battle has added gasoline to a fire that been burning for more than two years.

Erika Cruz (15-1) defeated Canada’s Jelena Mrdjenovich (41-12-2) by unanimous decision after 10 rounds on Saturday Sept. 3. The WBA featherweight world title match was held at Hermosillo. It was a rematch.

Daorueng Pakkhetenang (2-12) knocked out Chatsuda Trisit (0-1) in the first round on Sunday Sept. 4. The bantamweight fight was held in Bangkok.

Vicky Wilkinson (4-0-1) and Kristine Shergold (7-6-1) fought to a majority draw after 10 rounds on Friday Sept. 2. The super featherweight fight was held at Torquay, England.