Amanda Serrano in England to Unify and More News
Written by: David A. Avila 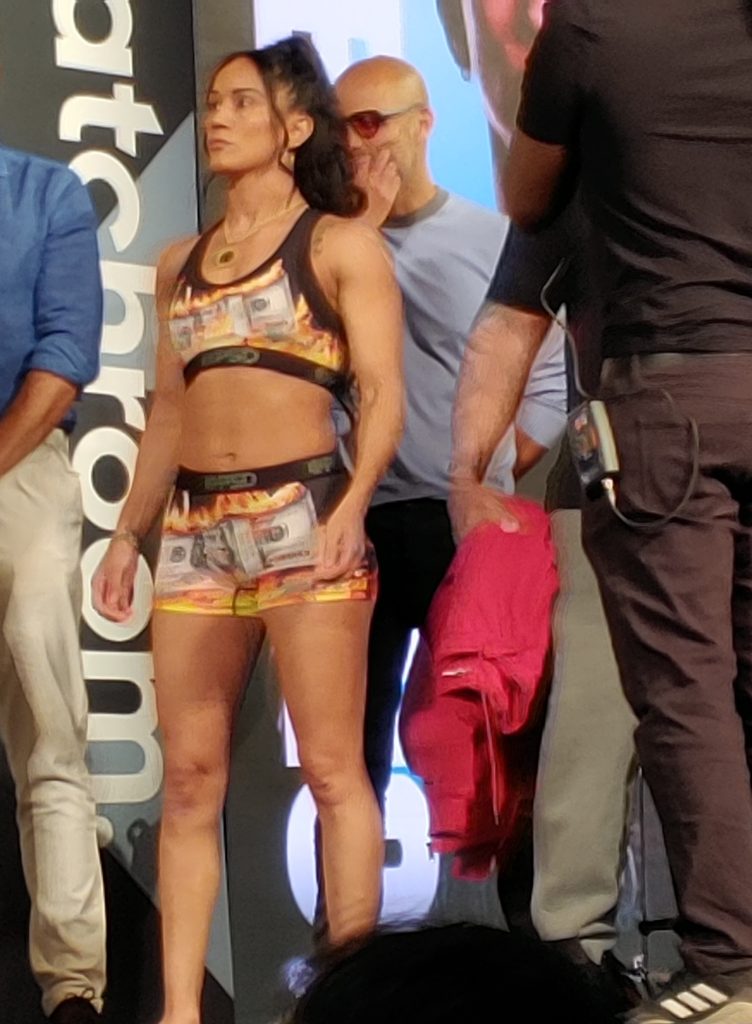 Her Majesty the Queen of England was buried yesterday and the United Kingdom moves forward. And respectfully, so does prizefighting.

Serrano (42-2-1, 30 Kos) challenges Mahfoud (11-0, 3 Kos) for her IBF featherweight belt on Saturday Sept. 24, at Manchester Arena in Manchester, England. The Puerto Rican fighter wishes to add that belt to her featherweight title collection and ESPN will televise.

“Sarah is an undefeated champion and she’s coming to do battle,” Serrano said.

The fighter known as the “Real Deal” already has the WBC and WBO belts.

Just five months ago the world saw Serrano empty her guns on Ireland’s equally talented Katie Taylor at Madison Square Garden. Both unleashed a barrage of furious blows with so much intensity they nearly blew the roof off the arena. They also proved female prizefighting belongs in the forefront.

The Serrano-Taylor fight emphatically proved women compete at the same level as men if given the opportunity and resources. That same day they fought, a men’s card featured Shakur Stevenson versus Oscar Valdez in a unification title fight. The women decimated the rival men’s fight card in both ticket sales and television viewing.

Ironically, Stevenson fights again this week but Top Rank, his promoter, was wise enough to put him on Friday night instead of Saturday. No sense getting embarrassed by the women again. He gets paid well enough to run around the ring.

Brooklyn’s Serrano has openly declared her intentions of becoming undisputed featherweight world champion. Even before she fought Taylor she had begun her pursuit of the featherweight championship. Now she is back on course and Mahfoud stands in her way.

One thing about women prizefighting is their lack of fear.

Mahfoud, 32, began fighting professionally only five years ago. Though she has never fought earth-shattering competition she did claim the IBF title over Germany’s Nina Meinke last April by unanimous decision. Can Mahfoud withstand the hurricane force of Serrano?

For years many of the best female fighters between 115 and 135 pounds avoided Serrano and with good reason: she was too good and not worth losing their titles. No need to mention their names and embarrass them. All have since lost their titles.

Fortune changed for Serrano when Jake Paul saw her obliterate Daniela Bermudez in Puerto Rico. He subsequently signed Serrano and showcased her fighting skills on his own fight cards. Then he backed Serrano’s fight against lightweight world champion Taylor last April on a fight card that saw 20,000 fans fill Madison Square Garden.

It’s been quite a ride ever since.

Serrano landed in England last weekend and was met with a hero’s welcome by the knowledgeable British fans.

“Oh my God, they are the best,” said Serrano on Monday. “Treating me like royalty.”

Motivated and eager to perform in front of British fans, Serrano promises excitement.

“Yo. My fans tune in and I expect a great fight,” Serrano said to all fight fans. “I’m coming to fight hard. I’m super excited to add the IBF and Ring Magazine titles to my waist.”

After the card was postponed due to the death of Queen Elizabeth II over a week ago, the various promoters went to work re-establishing the entire boxing card including super featherweights Mikaela Mayer versus Alycia Baumgardner and middleweights Savannah Marshal versus Claressa Shields.

Only Shields’ future MMA date on November 25 with Professional Fighters League caused a slight hitch but was remedied.

Mark Taffet, who manages both Claressa Shields and Sarah Liegmann, said the PFL CEO Peter Murray was understanding of the historic significance that Shields was undertaking.

“He truly wants to do what’s best for the athletes,” said Taffet. “We gave our word to keep an open mind about November if Claressa emerges physically unscathed.”

Liegmann is scheduled to fight for a title this Saturday in Germany and will still participate on October 15, if she is capable.

“She is truly a world class athlete. If she feels great, take advantage,” said Taffet of Liegmann. “To fight on that October 15 card with all the outstanding female boxers is an incredible opportunity.”

Their title clash directly competes with Serrano-Mahfoud for attention.

Harper is jumping four weight divisions to the 154-pound realm to face Scotland’s Rankin. It seems to be a trend in England. Natasha Jonas also jumped from super featherweight to super welterweight and now claims the WBC and WBO super welterweight titles.

It’s an interesting matchup but slightly dangerous for Harper who in this writer’s opinion shows signs of pugilistic dementia. However, the jump to a heavier weight division could aid the tall Harper. We shall see.

Michaela Kotaskova (2-0-1) beat Patricia Gonzalez (0-1-1) by decision after six rounds on Saturday Sept. 17. The welterweight fight was held in Vienna.

Yasemin Akturk (2-3) won by majority decision after four rounds versus Adel Khuri (0-2) on Saturday Sept. 17. The super featherweight match was held in Turkiye.

Bree Burbeary (2-0) won by decision after six rounds versus Ester Konecna (2-16-1) on Saturday Sept. 17. The super welterweight fight was held in Rotherham, England.

Nicole Chisolm (3-1) knocked out Jayli Fimbres (1-1) in the first round on Saturday Sept. 17. The featherweight fight took place in New Town, North Dakota.

Kara Ro (18-0) returned from inactivity for 11 years and defeated Elizabeth Tuani (2-9) by decision after six rounds on Friday Sept. 16. The super featherweight fight was held in Detroit.

Ana Lozano (22-11-1) knocked out Paola Lopez (0-3) in the third round on Saturday Sept. 17. The super bantamweight fight took place at Caracas. Also, super flyweight Leiryn Flores (19-3-1) knocked out Yulianny Medina (0-1) in the second round.