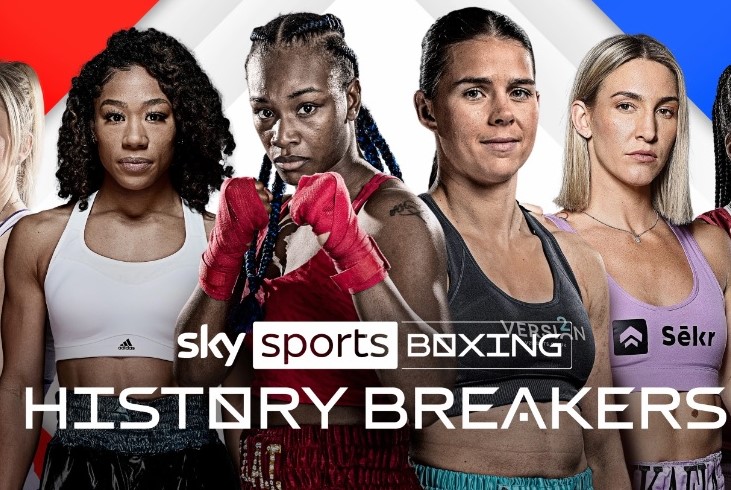 VADA Testing for Shields and Marshall Fight and Other News

Claressa Shields, Savannah Marshall, Mikaela Mayer and Alycia Baumgardner will all undergo drug testing for performance enhancing drugs. The use of PEDs by women is especially dangerous in competitions.

Prizefighting whether man or women can be highly dangerous and can result in death as seen last year when Mexican female boxer Jeanette Zacarias Zapata succumbed to head injuries. It is unclear if drug testing was performed for that fight.

When PEDS (Performance Enhancement Drugs) are involved in female fights it adds an ultra-dangerous element.

According to experts, women using PEDs are especially more dangerous than men because they naturally have very low levels of testosterone in their system. The addition to testosterone gives women an increased advantage in strength, stamina and quickness.

In an earlier interview Victor Conte, the head of SNAC, said use of PEDs by women provides an incredibly dangerous advantage for the user against the non-user.

“The WBC has the Clean Boxing Program, which is random testing, not sure if either have been tested so far,” said Sulaiman on Tuesday. “There is mandatory testing after the fight performed by the BBBC.”

VADA is currently testing both middleweights Claressa Shields and Savannah Marshall who will be competing for undisputed status on October 15, at the O2 Arena in London, England. VADA has an intense form of random testing that has successfully caught many fighters with illegal PED substances in their system in the past. Its perhaps the best test available.

However, the Mayer and Baumgardner super featherweight unification clash is not being scrutinized by VADA. Instead, another form of testing is being used by their respective promoters and has not been revealed at press time. But testing must still be accomplished according to the WBC.

Sure, it seems everyone is an undisputed champion but that has only occurred during the last several years. Previously, the lack of promoters willing to back women’s boxing kept champions from fighting other champions. No longer.

Cruz, a law enforcement officer in her native Mexico has already talked of meeting Puerto Rico’s Serrano. If you know boxing, there is no bigger rivalry than Mexico versus Puerto Rico. Currently, Mexico has a large lead over Puerto Rico in world title fights.

One thing guaranteed is their confrontation will be fierce.

Serrano, a southpaw, almost never goes backward and moves ahead with strong jabs and combinations to the head and body that few can withstand. It’s always done with precise technique and nonstop punching. The Brooklyn fighter is never wild and out of control.

Mexico’s Cruz is also a southpaw and unlike Serrano does move backward and laterally with frequency. She knows how to use her left-handed stance for advantage and has quickness and some power. But does not have Serrano’s power.

It should be fierce.

Terri Harper defeated Hannah Rankin to win the WBA and IBO super welterweight titles and answered the question of why she looked so weak as a super featherweight. It appears the lanky British fighter was starving herself to make the weight and had nothing left during her contests.

Last Saturday Harper looked stronger, sharper, faster and less dazed when she exchanged blows with Scotland’s Rankin. It was a strong showing for Harper who moved up four weight divisions from 130 to 154 to participate.

When Harper talked to reporters, she seemed very clearheaded and lucid with her responses. As a super featherweight champion, she never seemed as lucid. It appears Harper was too weak at 130. Now, we shall see if she is strong enough to compete against the other super welterweight titlists such as Marie Eve Dicaire, Patricia Berghult or old nemesis Natasha Jonas.

Lucrecia Manzur (6-1) knocked out Brisa Visgarra (0-2) in the third round on Friday Sept. 23. The featherweight fight was held at San Miguel.

Nicole Schaefer (3-0-1) knocked out Sabine Hempel (0-2) in the first round on Saturday Sept. 24. The featherweight fight was held in Dorsten.

Risa Akagi (1-0) knocked out Yoko Shiraki (0-1) in the third round on Thursday Sept. 22. The atomweight fight was held in Tokyo.

Czarina McCoy (10-1) knocked out Paulina Cardona (25-28-7) in the seventh round on Saturday Sept. 24. The WIBA and UBO lightweight title fight took place at Colima.

Minerva Gutierrez (2-0) knocked out Natasha Boyes (0-3) in the second round on Saturday Sept. 24. The flyweight bout took place at Pola de Laviana.

Featherweights Charlotte Powell (1-0-1) and Jamileth Vallejos (1-7-2) fought to a draw after four rounds on Saturday Sept. 24. The bout took place in Liverpool, England.