Another Look at Seniesa “Super Bad” Estrada and More
Written by: David A. Avila 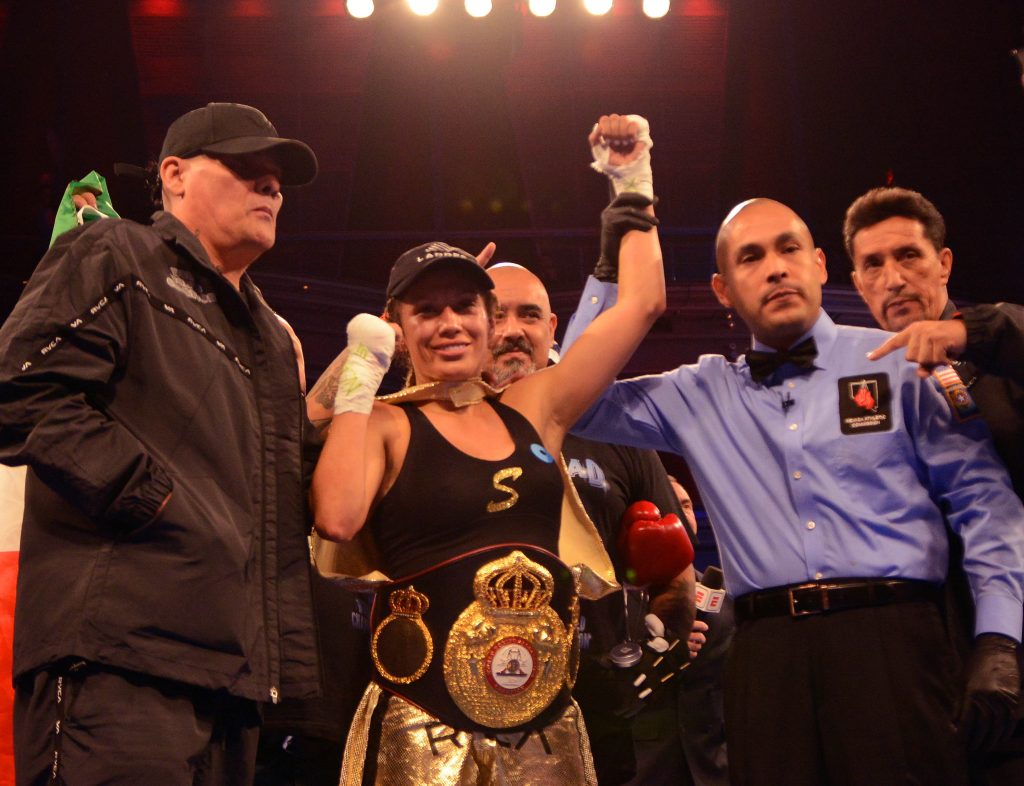 Las Vegas and the world saw Seniesa Estrada provide a commanding performance in the minimumweight category. If you think no one else remains to compete against, you are wrong.

In female prizefighting Asia leads the world in producing smaller weight classes. Japan in particular, has provided many world champions below flyweight for the last two decades. Much of the world has not seen the many capable fighters emanating from Japan and other Asian countries.

It’s just a matter of bringing Asian and South American light flyweights and minimumweights over to America or Europe.

Later this month, IBF minimumweight world titlist Yokasta Valle moves up a weight division to clash with the WBO and IBF light flyweight titlist Evelyn Bermudez of Argentina. They meet on November 26, at Dignity Health Sports Park in Carson, a suburban city in Los Angeles County. DAZN will stream.

Though minimumweight champion Estrada has fought bantamweights in the past as a professional, her true weight class is the 105-pound minimumweight category. She convincingly defended the WBA minimum weight world title last Saturday by winning every round against the very tough Jazmin Villarino of Argentina.

Over the years Estrada has shown extraordinary abilities as a boxer. Even as an amateur she dominated the competition and stood out. I’ve been watching her perform since she was a young teen in Golden Glove tournaments and other competitions.

Few were able to compete with the petite East L.A. boxer.

One major contributor to the development of her career has been Dean Campos her trainer for many years. He also developed former super welterweight world champion Sergio “the Latin Snake” Mora who now does analysis for DAZN.

Once Estrada joined with Campos, she jumped into another level as a boxer.

Campos, has long been one of the best trainers in the Southwest region. Some call him the mad scientist. Estrada is one of his world champions and is a monster in the lower weight classes.

Watching her dominating performance makes one understand the need for a Pound for Pound list because the smaller weight classes often get ignored. Estrada definitely belongs among the top five. This past year most of the top female fighters were able to flaunt their abilities in major promoted boxing cards. Many deserve another mention. It was the best year for women’s boxing ever.

Let’s look at some of the fights that caught the attention of the world. All these bouts featured fighters on the Pound for Pound list:

Claressa Shields vs Ema Kozin on Feb. 5 in Cardiff, Wales.

Savannah Marshall vs Femke Hermans on April 2 in Newcastle, England.

Marlen Esparza vs Eva Guzman on Aug. 8 in Fort Worth, Texas.

Terri Harper vs Hannah Rankin on Sept. 24, in Nottingham, England.

Alycia Baumgardner vs Mikaela Mayer on Oct. 15 in London, England.

Claressa Shields vs Savannah Marshall on Oct. 15 in London, England.

Costa Rica’s Valle (26-2, 9 Kos) challenges Argentina’s Bermudez (17-0-1, 6 Kos) for the light flyweight world titles. She already has the IBF minimumweight world title and had hoped to fight Seniesa Estrada. But now they fight for different promoters and different media networks.

Bermudez is no slouch.

The Argentine fighter is the younger sister of former pound for pound fighter Daniela Bermudez who took time off to have a child after her fight with Amanda Serrano a year ago. This Bermudez sister can fight too.

This is Valle’s toughest fight since losing to Naoko Fujioka in December 2017. That match took place in Tokyo and the Costa Rican fighter was not yet ready for international competition. Still, it was a close fight and it taught her a thing or two about fighting abroad and against world champions.

Valle versus Bermudez will be the last big marquee fight of 2022.

Stevie Morgan (4-0) knocked out Carolina Mejia (1-4) in the second round on Saturday Nov. 12. The super featherweight bout was held at Medellin.

Margarita Granja (1-0) won by split decision after four rounds versus Leiby Becerra (0-1) on Saturday Nov. 12. The lightweight fight was held at Armenia.

Martina Righi (3-1) won by decision after 10 rounds versus Alessia Vitanza (2-2) on Saturday Nov. 12. The regional light heavyweight title fight was held at Scandicci.

Anita Maurya (1-5) knocked out Irada Supersakon (2-2) in the second round on Sunday Nov. 13. The bantamweight fight was held at Pathum Thani.

Nillada Meekoon (4-0) knocked out Jin Zhang (0-1) in the third round on Wednesday Nov. 9. The light flyweight bout took place at Bang Phli. Also, Kamlai (1-0) defeated Tanyarak Gokbungkhla (1-3) by decision in a flyweight bout.

Delfine Persoon (48-3) knocked out Ikram Kerwat (11-4) in the first round on Sunday Nov. 13. The super featherweight fight took place at Dubai.

Arika Skoog (1-0) knocked out Jesenia Rivas (0-2) in the first round on Saturday Nov. 12. The super lightweight fight took place in Dorchester, Mass.