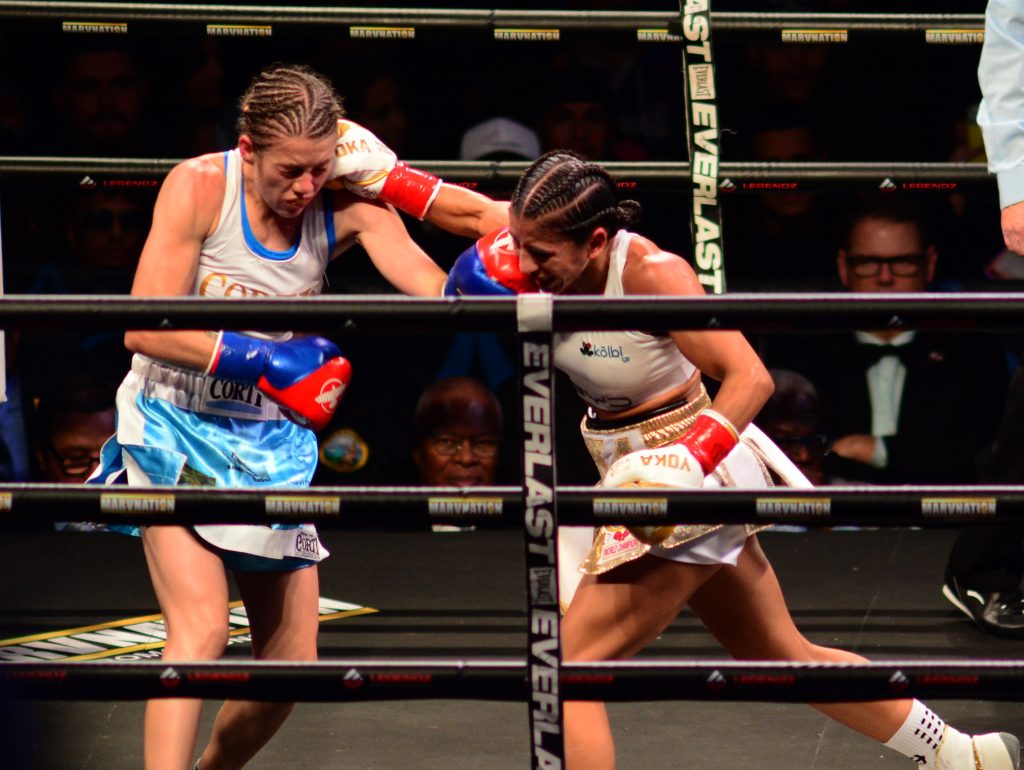 After a slow start in a cold November night, Yokasta Valle rallied to out-hustle the bigger and heavier Evelin Bermudez and take away the IBF and WBO light flyweight world titles by majority decision on Saturday.

It wasn’t pretty but Valle made it work.

Despite only her second fight in the USA, Costa Rica’s Valle (27-2, 9 Kos) has quickly won over fans and defeated Argentina’s relentless Bermudez (17-1-1, 6 Kos) at the Dignity Health Sports Park in Carson, Calif.

It didn’t look good for Valle in the first two rounds as the taller and heavier Bermudez rammed that long right cross into Valle’s face repeatedly. Though it connected multiple times it never seemed to hurt or discourage the Costa Rican fighter.

Things turned in the third round as Valle seemed to figure out the range of Bermudez’s punches. Suddenly, the quicker Valle was able to unload quick bursts and get out before the Argentine fighter was able to counter. It proved to be an effective strategy.

Though Bermudez was the taller fighter and seemed to have longer arms, Valle was also able to slip and counter in between the Argentine fighters blows. Round after round she continued the tactic and kept Bermudez from connecting with her vaunted right cross.

Once the right cross was eliminated Bermudez was forced to find another remedy.

Overpowering opponents was the favorite method of destruction for Bermudez, and when forced to resort to an alternative method she was lost. Though she never quit, she resorted to trying bolo punches and jab and move approached but was unable to keep Valle from staying in her firing line.

And when Bermudez became too aggressive, she ran into Valle’s right and was staggered a few times.

Valle’s agility and ability to move left or right while punching proved perplexing to Bermudez. She never could figure out how to keep Valle in front of her. But with her right cross neutralized, Bermudez only had a jab and no effective left hook. It convinced the judges to score the fight 95-95, 99-91, 97-93 for a majority decision in favor of Valle.

The Costa Rican fighter becomes a two-division world champion and adds the WBO and IBF light flyweight titles to her WBO and IBF minimumweight world titles.