Will 2023 Be a Mega Year for Franchon Crews-Dezurn and Other Champion Fighters
Written by: David A. Avila 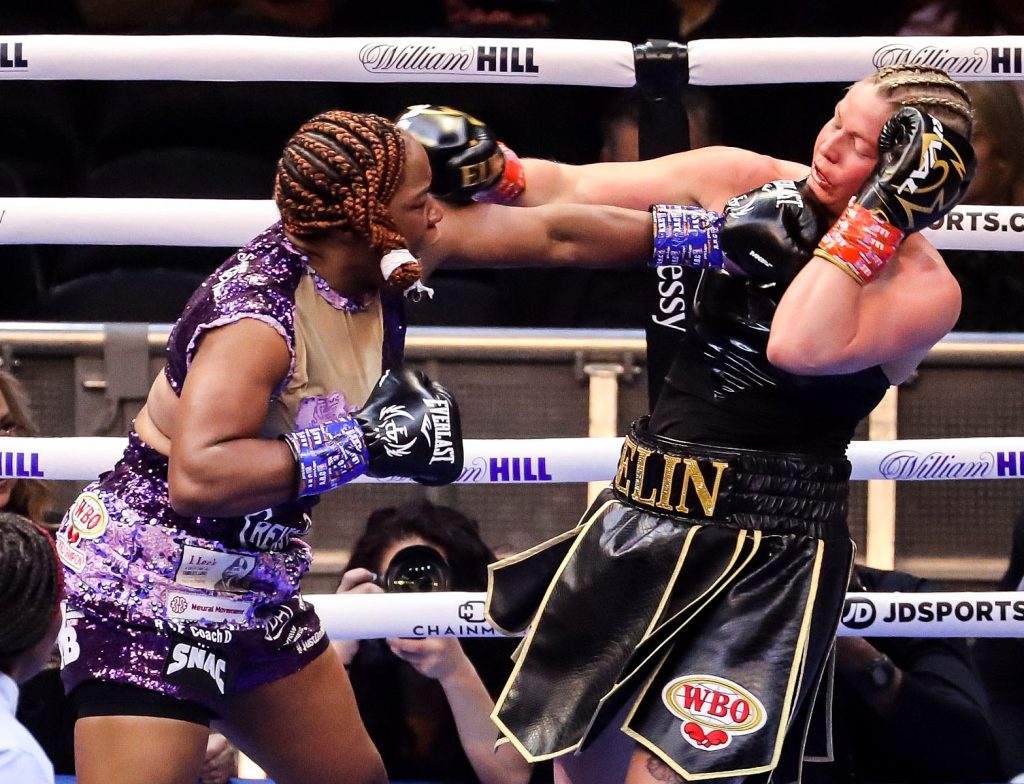 Franchon Crews-Dezurn and Other Champion Fighters Looking Forward to 2023

After a sizzling 2022 that saw women’s boxing reach epic proportions with sold out arenas and televised events surpassing 1 million viewers, expect an even greater 2023.

Here is a baker’s dozen of the best and most entertaining fighters in the world who will be proving that last year was no accident.

Franchon Crew-Dezurn (8-1) – the undisputed super middleweight champion battered her way to all the titles with a blistering performance that was overshadowed by the mega showdown between Katie Taylor and Amanda Serrano. She deserves her due recognition. It was quite a performance. Perhaps a match with Savannah Marshall can give her proper recognition.

Claressa Shields (13-0) – the undisputed middleweight champion and former undisputed super welterweight champion proved to all doubters that she indeed is the best female fighter in the world pound for pound. She also demonstrated that skills beat power with her abundance of fighting skills. In this last fight she showed off a more effective left hook.

Katie Taylor (22-0) – the undisputed lightweight world champion from Ireland along with Amanda Serrano pulled off the mega Fight of the Year for not just women’s boxing, but men’s boxing too. No other match in 2022 could equal the Madison Square Garden event last April. Will a rematch between the two take place in Ireland this year?

Amanda Serrano (43-2-1) – the Brooklyn fighter looks to become undisputed featherweight world champion and standing in her way is Mexico’s Erika Cruz the WBA titlist. They will meet next month on Feb. 4, at the Hulu Theater in Madison Square Garden in New York City. Serrano seeks to be Puerto Rico’s first undisputed world champion.

Seniesa Estrada (23-0) – the East L.A. fighter will meet Tina Rupprecht to unify the minimumweight division titles in March at Fresno, California. After that, if successful, Estrada will probably meet Yokasta Valle later in the year. Estrada is one of the most exciting fighters below 118 pounds.

Alycia Baumgardner (13-1) – the Detroit-based fighter engaged in one of the more anticipated fights when she met Mikaela Mayer in a unification super featherweight clash last October. Now, Baumgardner seeks to be undisputed on Feb. 4, when she fights France’s Elhem Mekhaled it was announced Tuesday. She has become one of the more engaging fighters and was voted Fighter of the Year by this publication.

Ebanie Bridges (9-1) – Australia’s Bridges held audiences spellbound as she defended the IBF bantamweight world title and won by knockout. It was more proof that Bridges fights as good as she looks and also proved she’s a five-tool fighter in the entertainment world of prizefighting.

Chantelle Cameron (17-0) – the undisputed super lightweight world champion Cameron defended against undisputed welterweight champion and emerged victorious. It was another showcase for tactics and adaptation by both fighters. Will a rematch take place this year or will Cameron get a crack at Katie Taylor.  One person willing to challenge Cameron is Las Vegas fighter Layla McCarter.

Dina Thorslund (18-0) – Denmark’s Thorslund only fought once in 2022, but expect more this year. The aggressive boxer-puncher could be part of a tourney between the four different bantamweight world titlists. This could be the moment the world discovers the blonde bantamweight champion.

Savannah Marshall (12-1) – England’s middleweight knockout puncher showed she can do more than just punch when she battled Claressa Shields this past October. The tall fighter can easily move up a division or two. Will she accept a challenge against Franchon Crews-Dezurn for the undisputed super middleweight championship?

Natasha Jonas (13-2-1) – England’s slick southpaw moved up from super featherweight to super welterweight and proved that weight is not a problem. Her three wins against Chris Namus, Patricia Berghult and Marie Eve Dicaire proved Jonas does have superior boxing skills. A showdown with fellow Brit Terri Harper for undisputed super welterweight status should happen sometime this year.

Jenny Tulcan (2-0) knocked out Yeimi Benitez (0-2) in the second round on Wednesday Dec. 28. The lightweight fight took place in Melgar.

Satsuki Ito (2-0) knocked out Wassana Kamdee (6-8) in the fourth round on Saturday Dec. 31. The super flyweight match was held in Tokyo.

Elif Nur (4-0) won by decision after six rounds against Karina Szmalenberg (14-56-4) on Tuesday dec. 27. The super featherweight contest was held in Pec.