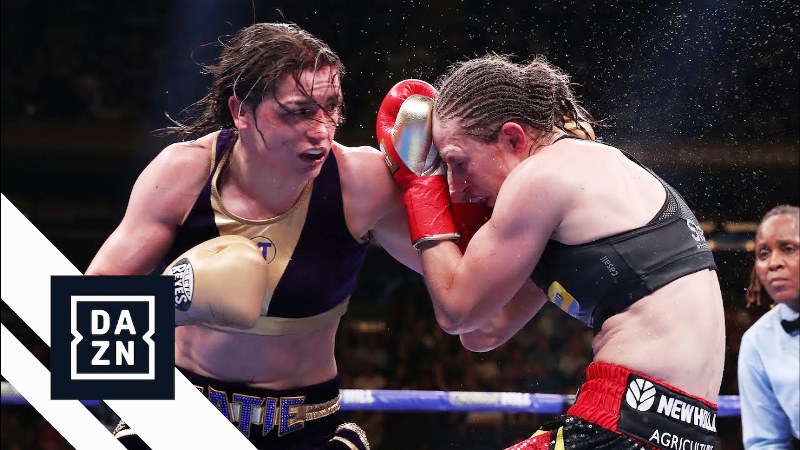 Its Katie Taylor vs Delfine Persoon 2

Summer is getting blue hot.

Undisputed lightweight champion Katie Taylor and former champion Delfine Persoon will clash again in a rematch of one of the fiercest fights seen in years. It also includes VADA testing.

“I’ve been looking forward to a rematch ever since the first fight and I’m delighted it’s been made. It was definitely very close first time around, but I felt I deserved the win and I intend to leave no doubts in the rematch,” said Taylor, 34, who needed a worthy opponent after Amanda Serrano opted out.

Ireland’s Taylor (15-0, 6 KOs) will once again meet Belgium’s Persoon (44-2, 18 KOs) but this time at Matchroom Fight Camp the home of promoter Eddie Hearn in Essex, England on Saturday Aug. 22. DAZN will stream live.

“I am ready to get the victory following the injustice last June in New York, not by words but in the ring – I am ready,” exclaimed Persoon, 35.

First, many question the majority decision win for Taylor who started out fast. Second, others wondered what happened to the VADA test results that have never been revealed.

That first world title fight took place a year ago and VADA test results have still never been released by WBC that contracted the test or the New York State Athletic Commission.

Once again VADA will be contracted to perform random testing of both Taylor and Persoon in particular. In the past three fights no test results of the Belgian fighter have been revealed including her fights with Melissa St. Vil and Taylor.

Taylor last fought in November and defeated Christina Linardatou for the WBO super lightweight world title. After a rugged start the Irish fighter turned on the jets and won by unanimous decision after 10 rounds.

Persoon also last fought in November and defeated the smaller Helen Joseph by unanimous decision in Belgium. It was a scrappy affair and fought at a lower weight class the super featherweight division.

Most expect another high octane battle between the two European fighters that shocked the boxing world with their venomous punches and seemingly untiring efforts for 10 rounds. Taylor used movement and speedy combinations to jump ahead on the score cards early and then Persoon closed the distance with a nonstop attack in the second half of the fight.

One judge scored it a draw while two others saw Taylor winning by 96-94 scores. As expected in any close fight, many disagreed with the outcome. But no one disputed that it was the most ferocious and explosive performance by two elite fighters in 2019.

Can they repeat it?

“Since their epic Fight of the Year contender at MSG last year, everyone has wanted to see this once again and now we have it. I’m very proud to stage this fight especially at such a critical time for our sport,” said Hearn the head of Matchroom Boxing.

Taylor will be defending the WBC, WBA, IBF, and WBO world titles when she meets Persoon next month.

“With Amanda Serrano not taking the fight I wanted the biggest fight possible in August and I think a second Persoon fight is one that everyone wants to see,” said Taylor.

It just might be another Fight of the Year.